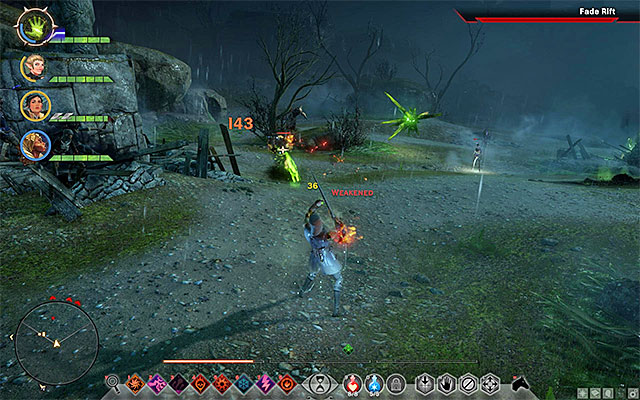 You can reach the rift only after the water level, in the lake, drops

There are two ways, in which to unlock this quest. The first one is to seize Caer Bronach (M13,6) and you can do it during the Capturing Caer Bronach quest. Variant two is to find the rift connected with this quest (M13,6b).

This quest concerns sealing the rift between the game world and the Fade, near the abovementioned fort. You can set out to find the rift only after the water level in the lake lowers, which unlocks access to Old Crestwood. To learn how to do this, see the walkthrough for the Still Waters side quest. After you reach Old Crestwood, go South to find the rift near water (M13,6b). The level of this rift is medium, and it requires you to defeat a Fury Demon, among others.