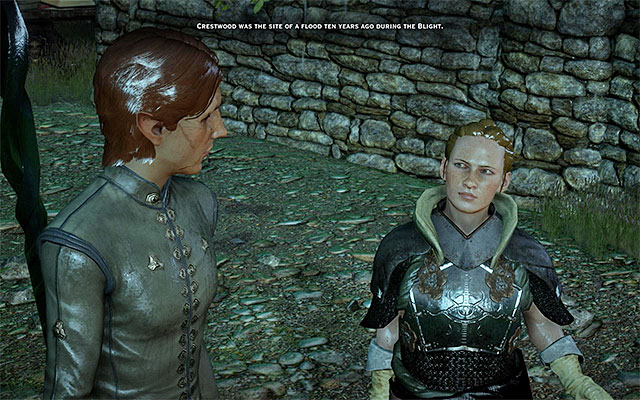 From Harding, you learn about the Rift on the lake

This quest becomes available right after you reach Crestwood for the first time, i.e. after a conversation with scout Harding (M13,1). You learn about the problems with the undead that the local villagers have been having, ever since a huge rift appeared on the nearby lake. She asks you for help solving this problem and restore peace to Crestwood. 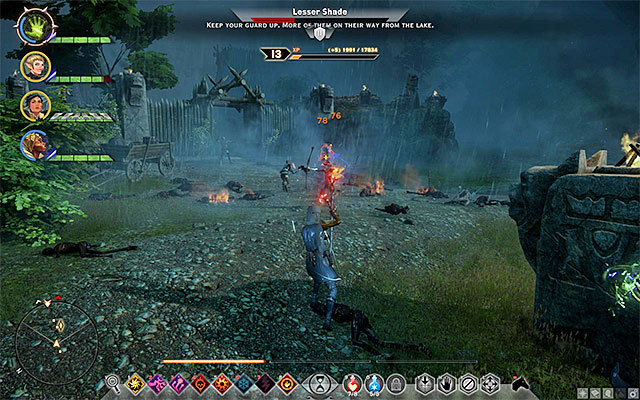 Help fight back the attack on Crestwood

Crestwood is close to the East of the place, where you started your exploration of this area. There are several directions from which you can approach, where it is best to approach through the main entrance (M13,1b) and help the villagers deal with the small group of monsters. 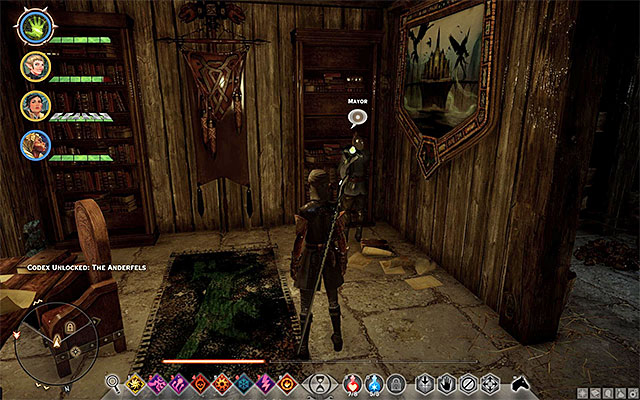 Enter Crestwood and head towards the hill to the East. It is here where the house of the Mayor is (M13,1c). Enter the house and talk to him about the plans to seal the rift on the lake. The plan is that you reach the dam and interact with the mechanism to lower the water level in the lake. The problem is that the only approach is near the keep that is being occupied by bandits. 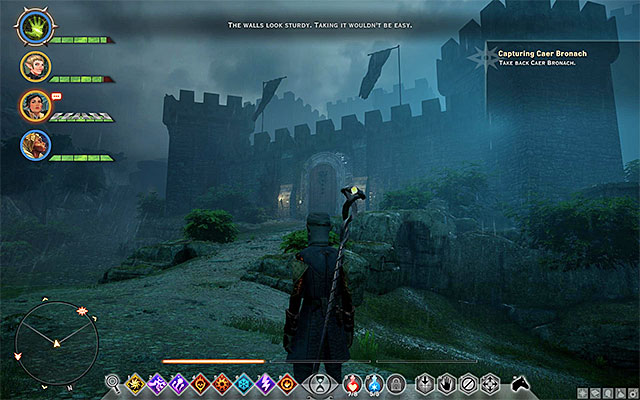 You can now leave the village and head South-Eastwards. Your destination is Caer Bronach in the center of the map. You need to recapture the keep from the bandits and this has been described in detail, in the walkthrough for another side quest: Capturing Caer Bronach. 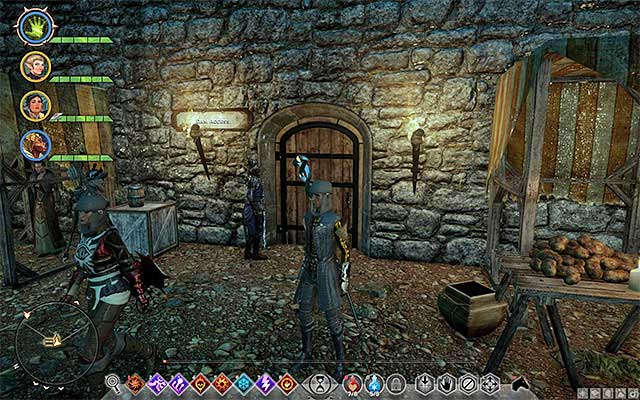 The door to the dam

After you capture Caer Bronach (complete " Capturing Caer Bronach") explore its main level, i.e. the one where the Inquisition soldiers unfolded most of the tents. Find the Dam Access (M13,1d) and walk in. Follow the corridor and after a while, you reach the dam and another door to the local tavern (The Rusted Horn) (M13,1e). 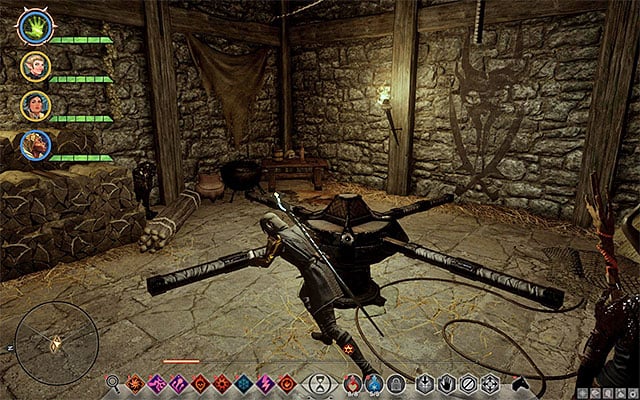 After you enter The Rusted Horn, you can ignore the villagers here. Head immediately towards the small room, at the ground level of the tavern (M14,1a). Interact with the mechanism here. This way, you will lower the water level in the lake and gain access to the rift connected with this quest. You can now leave the tavern. 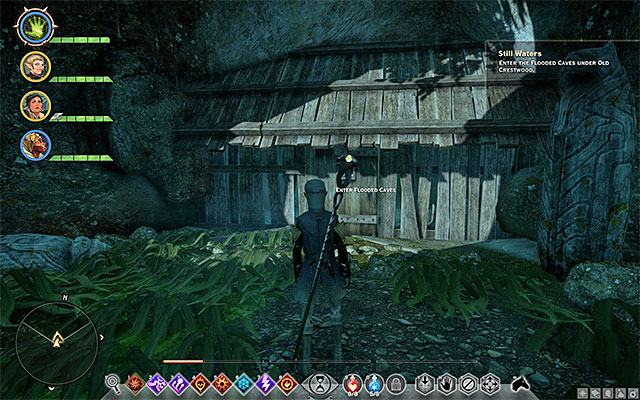 You now need to return towards the gate, where you started your exploration of Crestwood. Note that thanks to lowering the water level in the lake, you can now access the Old Crestwood, located to the West of the Northern campsite. Enter the destroyed village and watch out, because there are many monsters around. You need to find the passage to the Flooded Caves shown in the above screenshot (M13,1f). 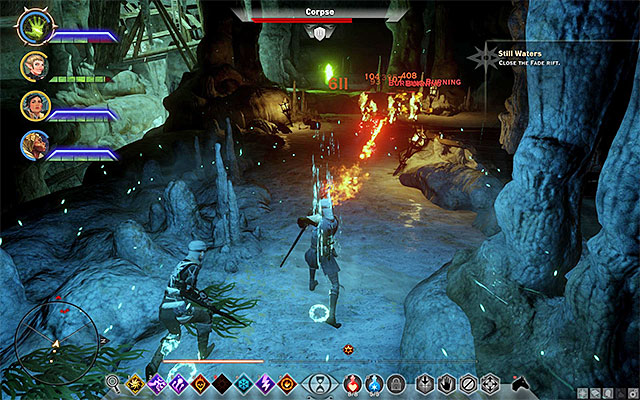 Kill monsters and descend into the caves

You start the exploration of the Flooded Caves at the top level (M14,1b). Start exploring the area and be prepared to deal with the undead. Soon, you will reach a spiral staircase to the lower level. Also this part of the caves is not too complex but, apart from the undead, you also need to defeat the Despair Demon here. Finally, climb down the stairs to the Deepest Tier in the caves. 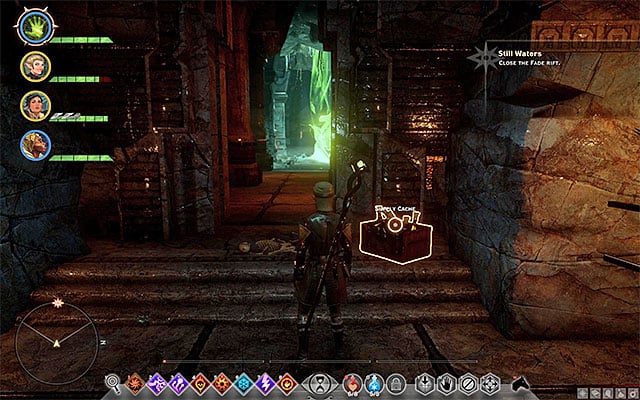 The entrance to the chamber with the rift

The bottom level of the caves is a more complex location so, along your path, keep your eye out for loot and optional rooms that could be explored. Soon after you start the exploration, you run into a group of monsters, "commanded" by a Fury Demon (M14,2a). This monster is connected with the Burdens of Command side quest and as a result, defeating him may be a bit more difficult than usually. You need to locate the entrance to a big chamber with the rift (M14,1c). Open the Supply Chest (if necessary), before you walk inside. 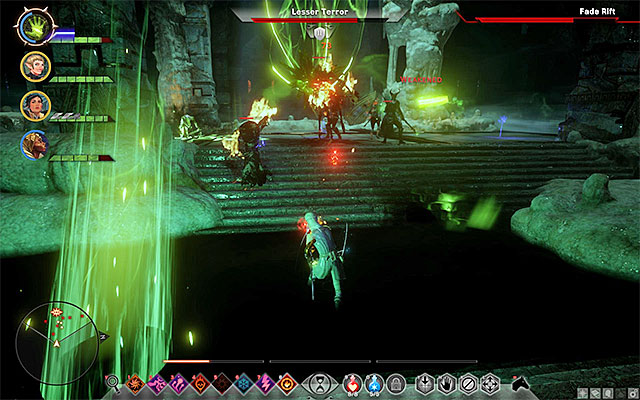 A long battle ahead

The rift in the caves should be occupied by monsters around levels 10-11 so, it is not going to be too difficult to eliminate single creatures. The problem is that you need to defeat groups of demons larger than in the case of the regular rift quests. Be prepared, therefore, to fight a long battle and remember to manage your supplies properly. 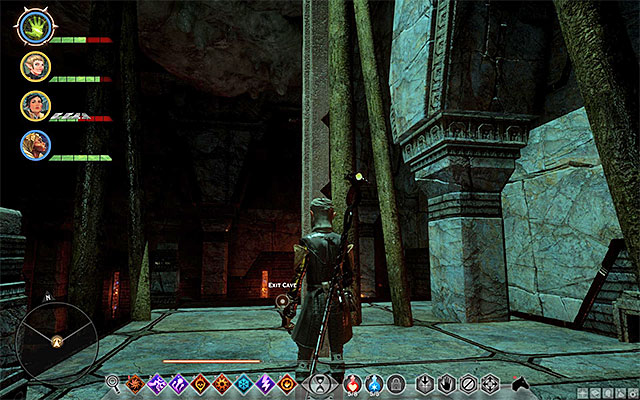 The ladders are to an alternative route out of the caves

After the battle, explore the cave and leave. There are two ways, in which you can leave the Flooded Caves. Technically, you could cross all of the three levels of the caves, but it is going to be more convenient to take an alternative route (thanks to this, you will gain some unique loot). You need to go East, cross the chambers, where there are no more enemies. Locate the ladders in the caves (M14,1d) and climb one. You resurface in a different area (M13,1g). 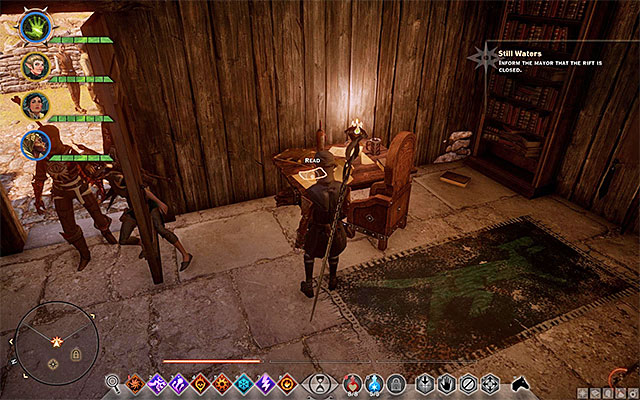 Instead of the mayor, you find the letter that he has left

The last thing that you need to do is head back to Crestwood. Go to the Mayor's house (M13,1c). You do not find him here, but you find his Letter of Confession. Reading the letter ends this long quest.