Way to unlock: Automatically, after you set up the second campsite (M8,5) or automatically after you discover a Rift (M8,5a)(M8,5b)

There are two ways, in which to unlock this quest - by setting up a camp in the central part of The Forbidden Oasis (M8,5) or by approaching one of the two rifts connected with this quest (M8,5a)(M8,5b). 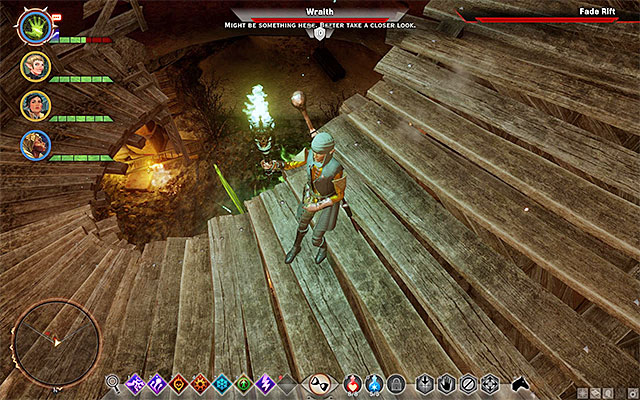 This quest concerns, entirely, sealing two rifts between the game world and the Fade. It should be pointed out that the entire process of closing Rifts has been described in the guide for this game. The first of the rifts is to the West of the second campsite (M8,5a). First, approach that rift, by using tunnels to reach the ledges above. Then, locate the spiral stairs shown in the above screenshot, which will take you to the Rift. You need to be prepared to deal with some stronger monsters, with the Fury Demon among them. In general, however, they are not too strong. 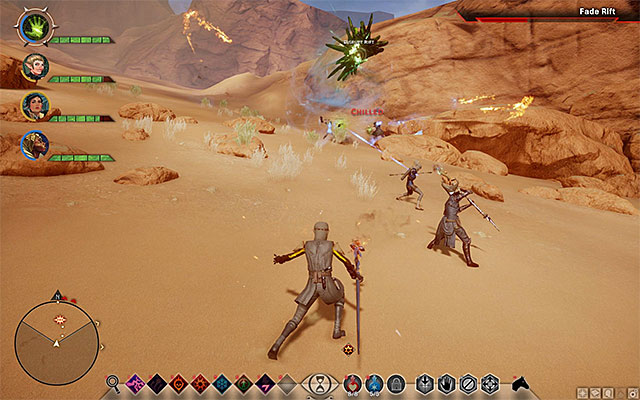 The second rift is in the North-Western corner of the Oasis, close to where desert areas start. Try closing this Rift only after your party has progressed high enough, because by default, it is guarded by demons around the twelfth experience level. While fighting, try to kill the Despair Demons, in the first place, because they are the greatest threat.