Way to unlock: Automatically, after you acquaint yourself with the Rescue Soldiers Missing in Ferelden operation. 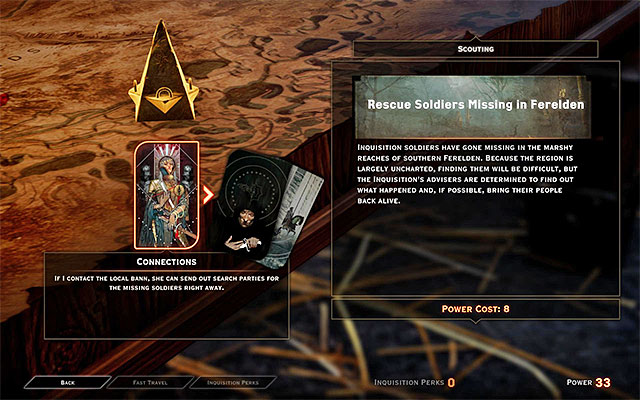 The operation connected with The Fallow Mire

This quest may be added to your log after you find the operation connected with it Rescue Soldiers Missing in Ferelden on the war map in Haven (M2,3). to complete this operation automatically, you need to have, at least 8 Power points. Spending the Power points results in unlocking the access to The Fallow Mire, which you need to travel to. After you get to the Mire (M9,9) listen to the conversation with scout Harding, after which you will have the opportunity to explore this location.

Note - If you have not completed this quest at the beginning of the game, it will also be available after you reach Skyhold. 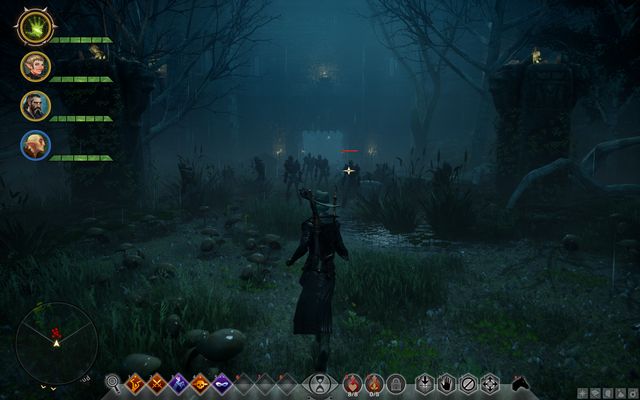 The undead in front of the castle entrance

You need to find the missing soldiers but, to get to them, you need to reach as far, as the other end of the map. There, you find the castle of the Avars - a hostile tribe that captured the warriors. Once you reach the end of the path across the map, you notice the castle. In front of it, there is a big group of the undead - you can either fight them or dash past them and enter the castle quickly, through the gate. 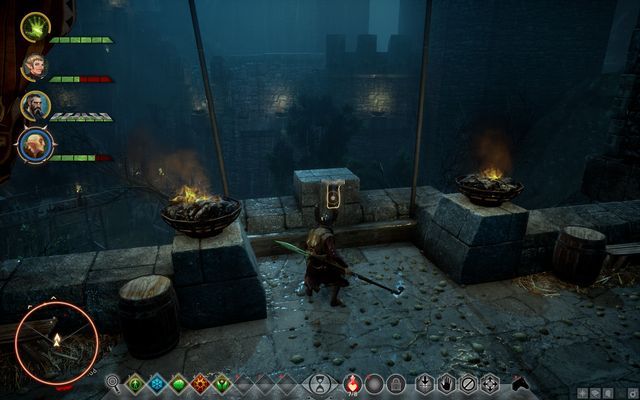 The lever for the gates

Inside, you will be attacked by several guards of the keep. After you defeat them quickly, climb onto the wall and pull the lever (M9,8a) - it will cut off the undead from the castle and open the other gate into the castle. 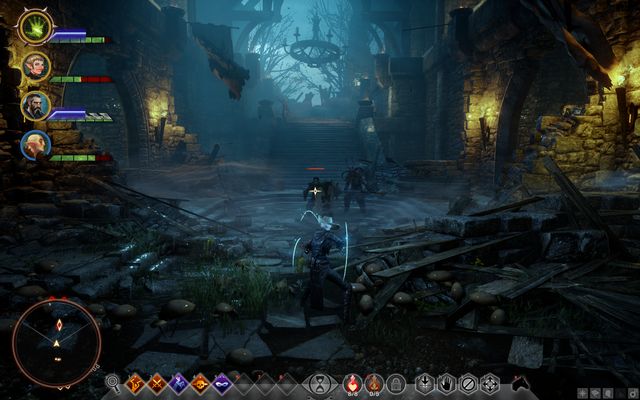 The Hand of Korth and his guard

Inside, deal with three more opponents and, atop the stairs, you will see the boss - the Avar leader - The Hand of Korth (M9,8b). This opponent, who is backed up by several guards, is your main target but, in the first place, deal with the guards, especially all the archers. The boss is vulnerable to most of the magic attacks but, he can activate an armor. The key to defeating him, if your level is not too high, is to dodge, while fighting at close quarters, or keeping your distance, if you are a mage or an archer. 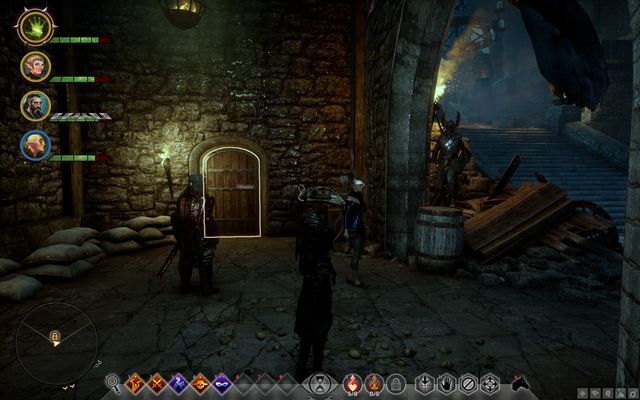 The door with the imprisoned soldiers behind

After you have dealt with the opponent, take to freeing the imprisoned. They are behind the door on the left side of the throne (M9,8c). Also, remember to loot the opponent, because he drops the Gift of the Mountain Father. 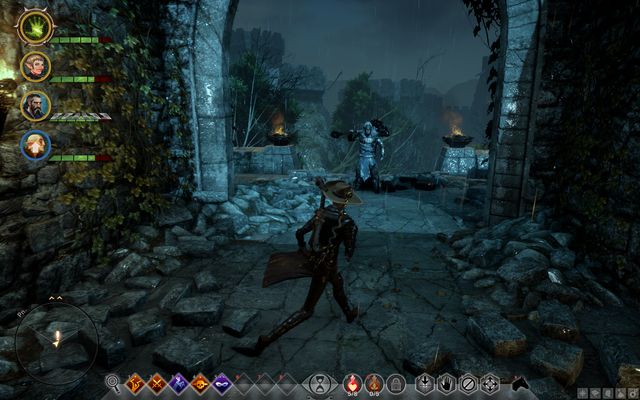 An Avar, a potential party member

And this is where, technically, this quest ends but, after you exit the main hall, there is one of the Avars waiting outside, who wants to join the Inquisition. You can agree and you will gain a new agent and additional Power and Influence points.