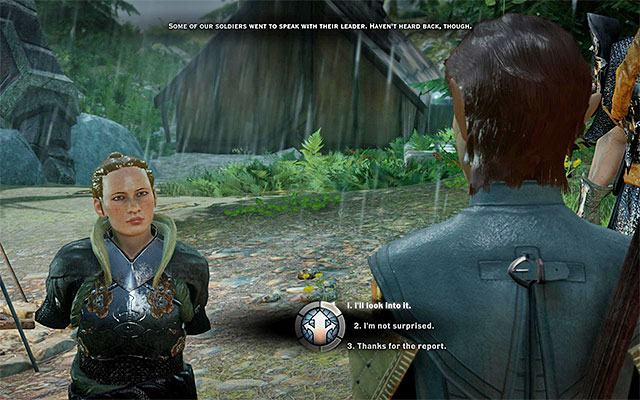 From Harding, you learn about the missing members of the Inquisition

This quest becomes available right after you reach The Storm Coast for the first time, i.e. right after the meeting with Scout Harding (M5,1). From the scout, you learn, among others, that any contact with the members of the Inquisition has been lost. They were supposed to meet with the local bandits. You will be asked to look into the case of their going missing. 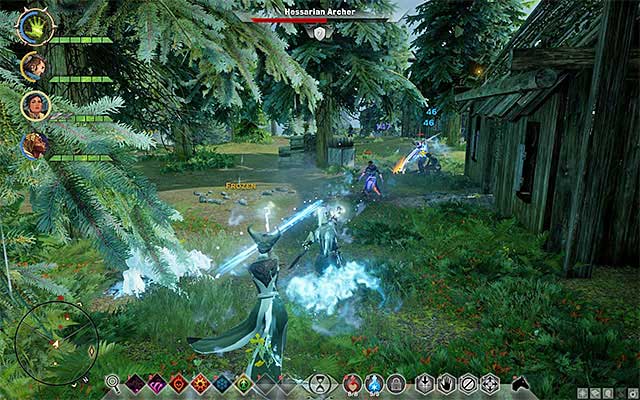 Deal with the bandits and examine one of the nearby buildings

Head South. Ultimately, you need to reach a forest on a higher hill (M5,1b). Attack the nearby bandits, with the Hessarian Blades and Hessarian Archers among them. After the fights, find a dilapidating building. Inside, you will find the dead Inquisition soldiers. Remain here and find the map, thanks to which you will find the main HQ of the bandits on the coast. 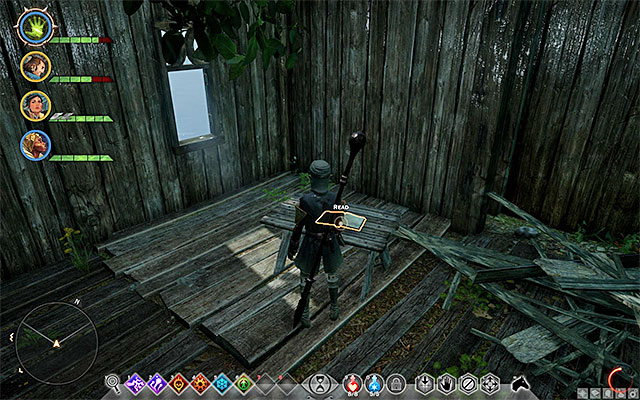 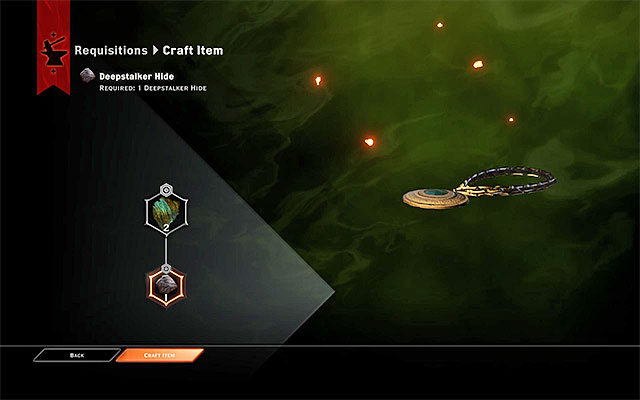 You now need to do the same, as in the case of the Requisition quests so you need to obtain the ingredients. These are:

After you have obtained all of the items, return, e.g. to the Northern encampment and find the requisition table (M5,2). Interact with it and prepare the Mercy's Crest select it from the inventory and put it on (it will replace the amulet of your character). 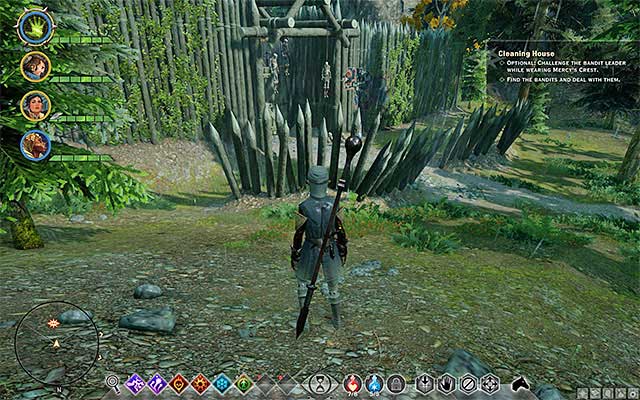 The entrance to the Hessarian Camp

Head South. Right after you go down the slope, you should reach the Hessarian Camp (M5,1c). If you have the Mercy's Crest on, you will not be attacked by the guards at the main gate and you will be allowed in, to meet with the Hessarian Leader. 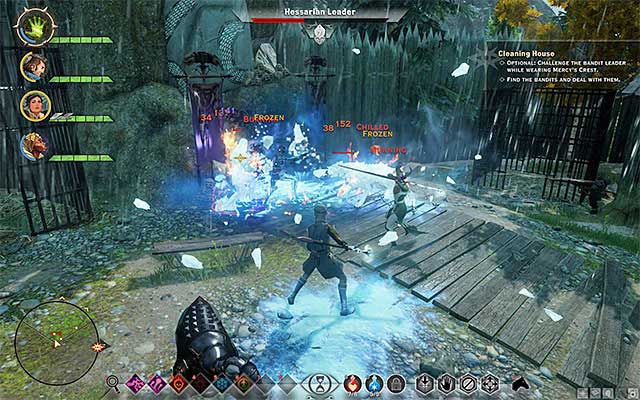 Save the game and start the conversation with the Hessarian leader, which will result in a honorable fight with him. While fighting, watch out for the Hessarian Hounds, and remember in the first place, to take proper care of the more poorly armored party members (keep them at a safe distance and heal them, if necessary). Defeating the leader ends this quest. What is even more, you win favors with the bandits and take over their encampment, which you will be able to return to by fast-travelling (e.g. to take rest).