Way to unlock: Automatically, after you have acquainted yourself with the Scout the Storm Coast operation. 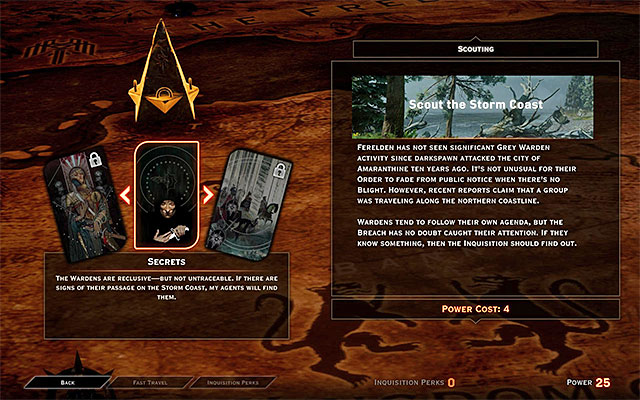 The operation connected with the Storm Coast

This quest may be added to your log after you have found the icon of the operation on the war map at Haven (M2,3), which is connected with it. In order to complete this operation automatically, you need to have, at least, 4 Power points. Spending the Power points results in unlocking access to The Storm Coast, which is where you need to travel. After you get to the Coast (M5,1) listen to the conversation with scout Harding, after which you will be able to start the exploration of this location.

Note - If you have not taken to this quest at the beginning of the game, it will still be available after you reach the Skyhold.