Way to unlock: Automatically, during The Threat Remains main quest. 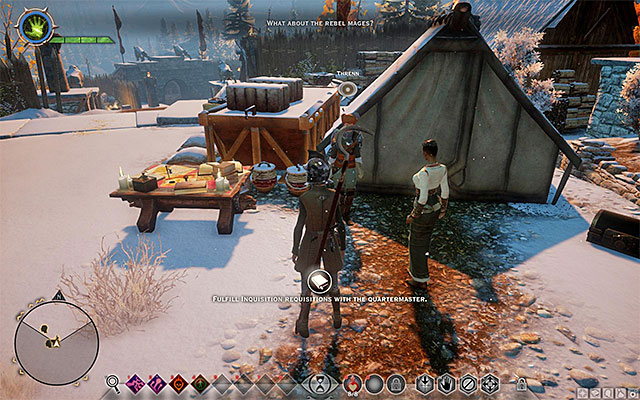 This quest becomes available automatically, right after the first main council at the Chantry in Haven (Haven) (M2,2). This quest is about meeting up with three NPCs connected with side activities and you can see them in any order that you want. The Quartermaster is standing near the tents in the central part of the village (M2,4). From him, you can learn more about the Inquisition's Requisitions and at the same time, accept the first of such quests. 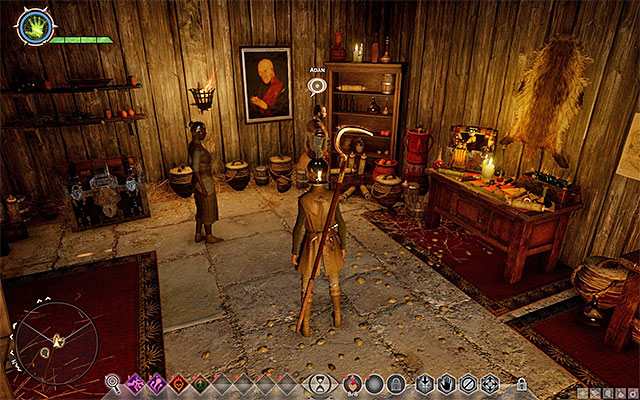 The Apothecary is in the cottage in the South-Western part of the map (M2,5). Apart from seeing him and learning more about brewing potions, and buying some, you can also unlock two side quests. Apart from that, from the apothecary, you will obtain a free recipe. 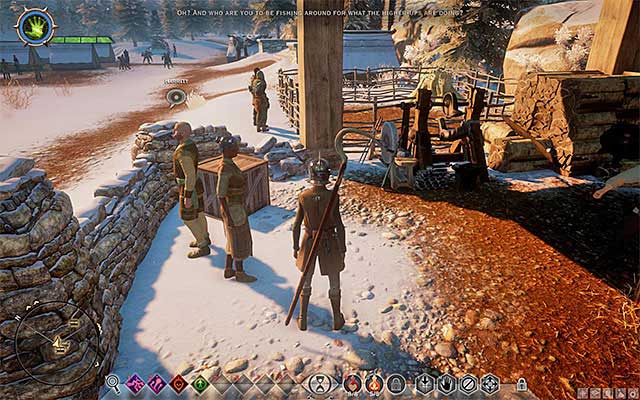 The Blacksmith is staying to the North of the central part of the village (M2,7). From him, you can learn more about crafting and modifying weapons, and armors. Also, you get the option to complete two simple quests connected with crafting. Also, you receive a free schematic.