Way to unlock: Meet with Vivienne. 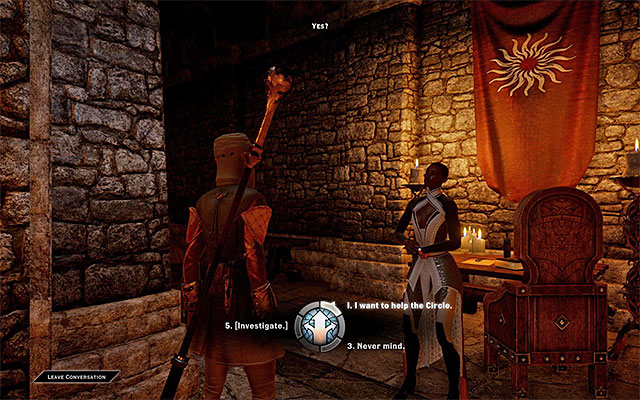 You need to express your willingness to help the Circle

This Quest becomes available only after you have recruited Vivienne, i.e. after the first side quest (The Imperial Enchanter). Return to Haven and locate Vivienne in the Chantry (M2,9). During the meeting with the enchantress, say that you want to help the Circle. As a result, the woman asks you to find three Circle Tomes - they have been hidden in the Hinterlands, The Western Approach and in the Exalted Plains.

Note - If you have not completed this quest at the beginning of the game, it will also be available after you reach the Skyhold. 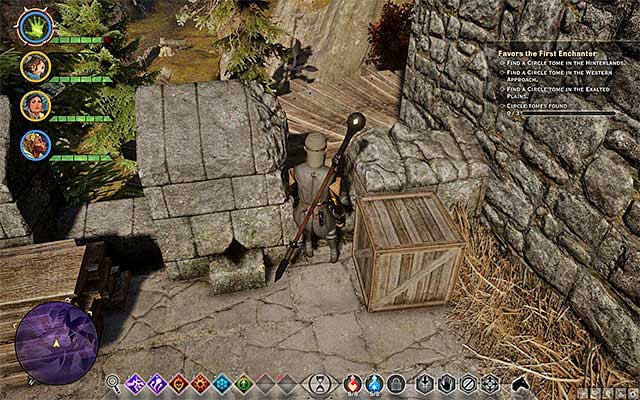 You can find the Circle Tomes in any order that you want. As for the Hinterlands, you need to explore the central part of that location (M3,15a), i.e. to the North of the Crossroads. You need to make it to the top of one of the towers next to the destroyed gate. First, take the ladder to climb the walls and in the spot shown in the above screenshot, jump over to the wooden balcony. Climb another ladder and after you get to the top, find the Circle Tome. 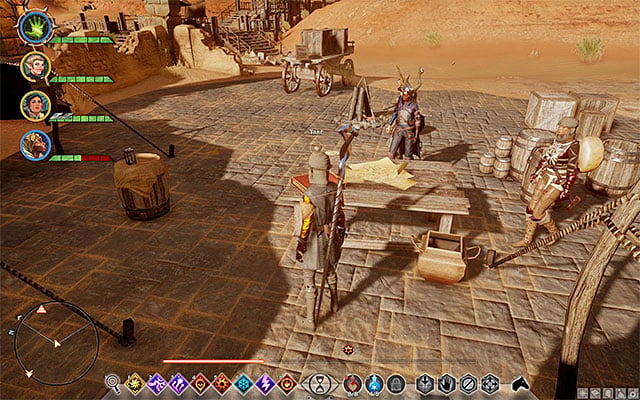 The tome on the table

The Western Approach is another location with one of the tomes. Go to the south of the map (M19,12a). Tome (Circle Tome) will be lying in the camp, where couple of bandits may be wandering around. 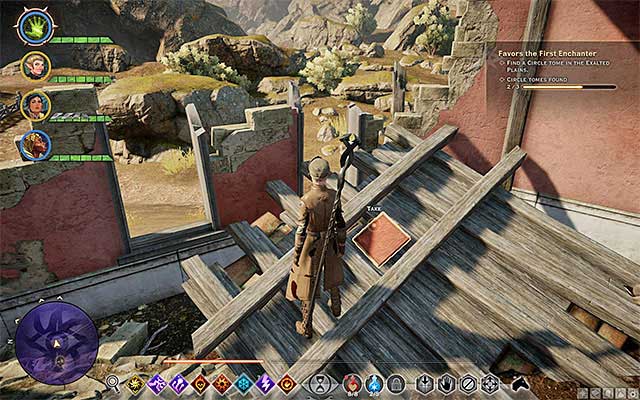 The last, third tome can be found while exploring The Exalted Plains. It is in the central part of the map (M18,22a). Explore the red, dilapidated building to the North of the starting point, thanks to which you obtain the tome without major problems.

After you have found all three of them, return to Skyhold and meet up with Vivienne to tell her that you have found the books (the conversation is compulsory, even if the enchantress accompanied you on the journey).