Way to unlock: Meet with Varric. 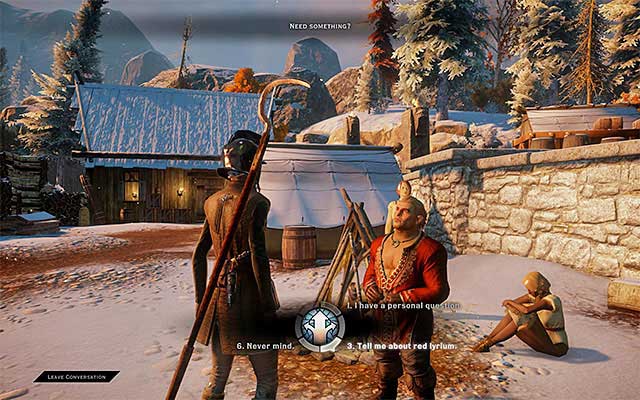 During the conversation with Varric, raise the topic of the red lyrium

This quest becomes available after you meet with Varric in the central part of Haven (M2,6). While talking to the dwarf, it is necessary that you mention red lyrium, thanks to which you receive this quest., concerned with locating and destroying stashes of lyrium.

Note - If you have not started this quest at the beginning of the game, it is also available after you reach the Skyhold.

Note - This quest is considered as completed after you destroy twelve stashes of lyrium. There are more of them, in the game (eighteen, in total) so, it is not necessary that you find each of them. Personally, I recommend that you locate all of them, thanks to which you improve on your relations with Varric to the maximum extent. 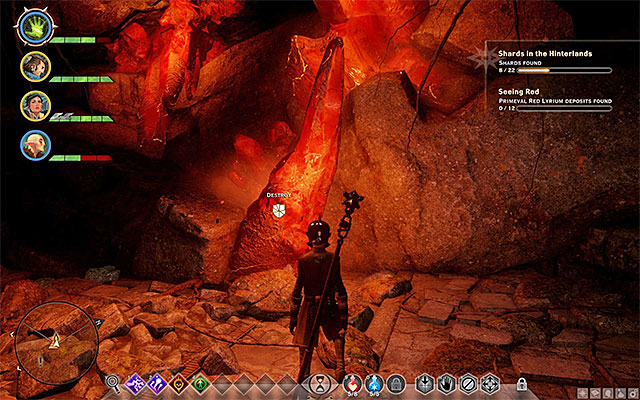 You can reach lyrium deposits in any order you want. After locating it, switch to any warrior and interact with deposit in order to destroy it.

In Hinterlands there are the following deposits:

In The Western Approach you can find following deposits:

In Emprise du Lion there are the following stashes:

In The Storm Coast, there are four stashes and you will be able to reach them only after you have unlocked the Red Water side quest. This is so, because you first need to gain access to the complex of caves in the North-Western part of the map. You find each of the stashes thanks to the exploration of the caves (M5,10b)(M5,10c)(M5,10d)(M5,10e).

In Emerald Graves there are the following stashes: