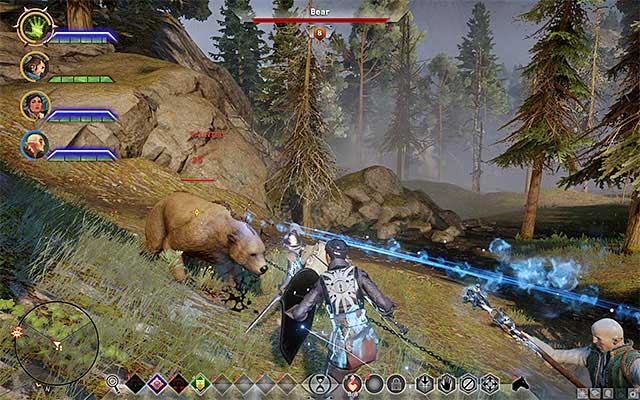 At the beginning, in the Hinterlands, you will have lots of problems with bears

There are several plains of division between opponents in Dragon Age: Inquisition and one of them is their experience level. In this particular case, opponents can be divided into two groups. The first one are the opponents with experience level similar to your party's. The other groups are the opponents with a higher, predetermined experience level. At the initial stages of the game, predominantly bears or the stronger demons make up this group - they may be on level 8 or 12. An attempt to attack such opponents often ends in failure, even while playing at one of the lower difficulty levels. In such situations, attempts to lure the opponents away, or using the best of spells and weapons are of little help, because of the high (or even crushing) disproportion.

The level of the nearby opponents can be looked up by clicking on them - best if it is done from a safe distance. If you note that their experience is higher, I recommend that you walk away or return to them later in the game (at least, once you progress to the same level) or take an alternative route to the destination. In certain situations, you can use the mount, thanks to which you will be able to dash by the opponents. Not always, however, the tactics of using the mount works as expected, because enemy archers or mages may attack the mount and throw you off the saddle, which compels you to fight. When the situation is tight, remember that you can command your party to stop attacking and flee. Use this method only in extreme situations. 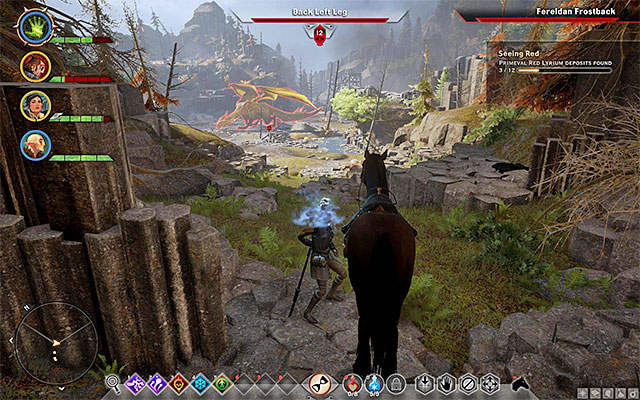 Dragons are counted among the strongest monsters in the game

The tactics against the elite monsters is a bit different from the one against the "regular" ones. This mainly covers the bosses that you encounter throughout the main quests and huge dragons. In such situations, being at the same experience level as the opponent (e.g. at level 12) may turn out to be insufficient for victory. I recommend that you take on the strongest of the monsters once you gain the advantage of 1-2 experience levels and when your gear is as good as it can get.