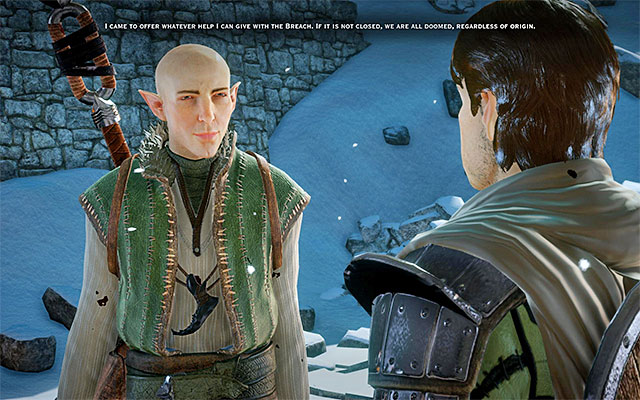 Solas is the first mage that you meet in the game

Mages are the class that causes the most turmoil in the world of Dragon Age: Inquisition. It soon becomes clear that it is much better to play as a mage or have one as your ally, than to fight against one. Depending on what playing style you prefer, you should have one or two mages in your party (best if they are of different specializations). If you use only one mage in your party, have him to be a supporter, i.e. a mage with the Spirit ability group including, first and foremost, the Barrier and Revive - this will make him helpful for the rest of your party. If you go for two mages, have the other one be as offensive as possible - this time around, it is best to draw on each category of abilities to be able to handle various opponents that are resistant/vulnerable to certain elements and make him as effective as possible. At first, you are going to be accompanied by the mage Solas (once the storyline ends, he leaves the party for good), but you can also recruit Dorian and Vivienne later in the game. 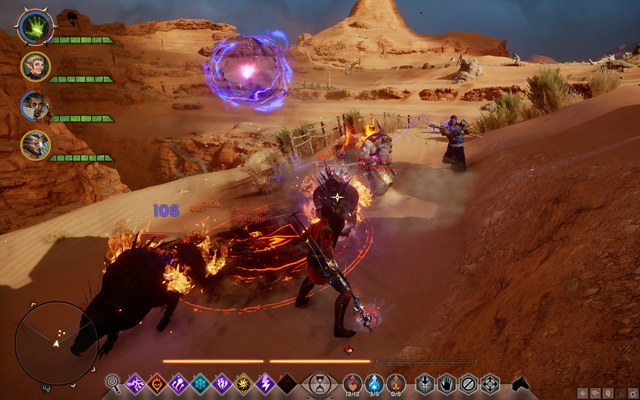 Mages come equipped with staffs and light armors, which is why they are not the best class of characters to be engaged in direct battles - it is better to keep them away from the heat of the fight. Since they have the lowest defense, they tend to have the strongest attacks; this, however, depends on the knowledge of the player, on the opponents against which you use the abilities, as well as on a good choice of abilities. An offensive mage is best if attacking multiple opponents. This is why you should consider choosing abilities such as the Electric Cage or Burn, because AoE may well emulate the effect of abilities directed against a single opponent. At the beginning of the game, it is best to equip the mage with the ability to freeze the opponents - especially useful against the Templars with shields.