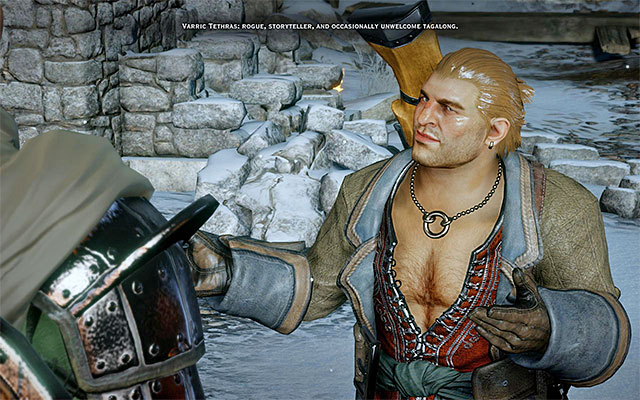 Varrik is the first rogue party member, who has his own weapon

Rogues are another character class that may be in your party. To be honest, when compared to mages and warriors, they are somewhat a compromise between the two classes. They fight quite well using daggers, they do well with bows and can use tricks that resemble magic. The compromise is also visible in terms of the equipment - weapons of moderate power and moderate level of defense. If you want to, you can leave out on rogues in your party. However, you may then have problems with opening locks in the game world. The technique of playing the rogue is not meant for everyone as it may be annoying to everyone who is easily thrown out of balance by the fact that you need to attack stealthily and be quiet if you want to land the strongest attack. What's more, not every attack handles enemies down immediately and there are also very few AoE attacks. Still, for those who can handle learning to control the rogue, he may prove to be an irreplaceable character. At the very beginning, you are joined by Varrik, who is the only one to have his own, unique weapon - the crossbow named Bianca. Later into the game, you can also enlist Cole and Sera as your party rogues. 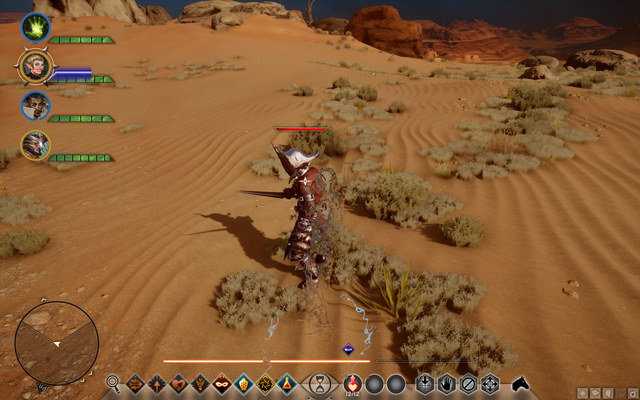 As a rule, rogues with daggers are offensive - they get around the enemy

As it was already mentioned, the rogues have been divided into two categories: those who fight at close quarters, with dual-wields, or over a distance, with a bow. If there is only one warrior in the party, you should rather opt for fighting with daggers. The upside of choosing two completely different weapons s optimal - it is a good idea to train the rogue in several abilities of both groups and use them depending on the current situation. An example here may be fighting a dragon who lands most of his, nearly unblockable, attacks against the opponents that attack him in melee. Archers can deal lots of damage from afar, also to several opponents at a time (e.g. by using explosive arrows). This class also has two groups of abilities, which rely on dirty tricks. You can become invisible, put the enemy to sleep with a special powder, poison the opponent and drain his health, or use a special elixir (ability) that boosts you with additional buffs.

Rogues play one of the following roles in the party: