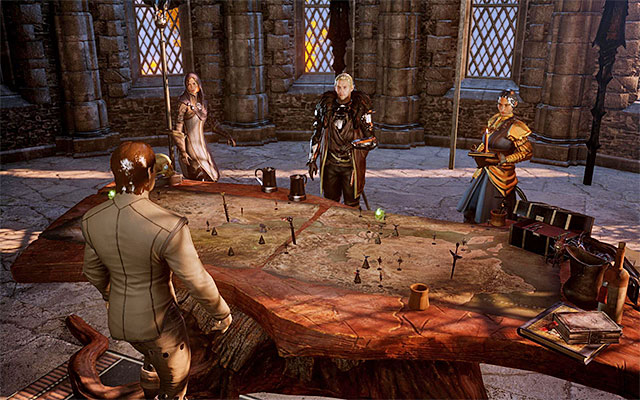 The war room at Skyhold

The war room is one of the most important locations in each of the Inquisition's HQs. It is here that all of the "global" moves are planned. What's more, visiting the war room is often required for the storyline to move forward, which makes ignoring this element of the game simply impossible.

You can visit the war room at any given moment when you're back at the Inquisition's HQ. Then, the council is automatically summoned and it is always participated, apart from the main protagonist, by Cassandra and the advisors described on the previous page. 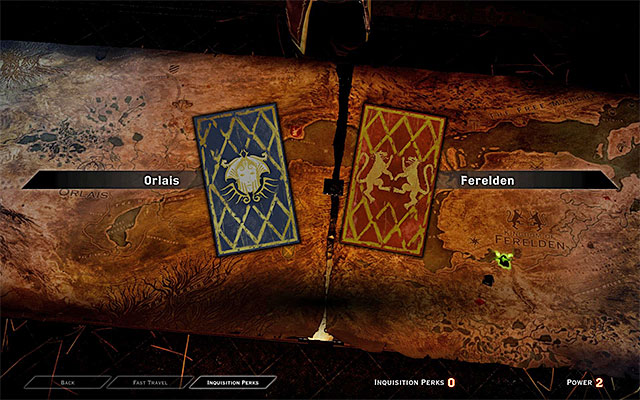 Once the main council window is loaded, you can do either of the following: 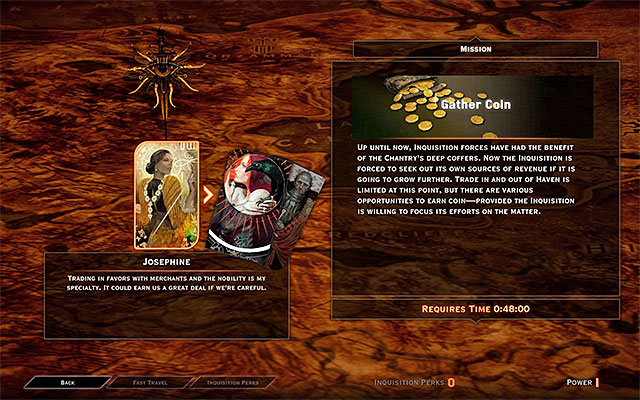 The available missions are symbolized by the pawns on the world map. Once you select a mission, you can learn its main premises, but the most important step is to match the advisor to the mission. The majority of the missions offer you freedom as to whom to choose, although there are certain situations in which they can be completed only by a specific advisor. If the mission is available for several advisors, read the description under the cards of each advisor thoroughly, thanks to which you will learn about the way in which a given advisor would solve the problem.

Regardless of the circumstances in which you start a mission, you need to know three things:

1) Missions at the war room are completed automatically so you do not need to control them, nor supervise them.

2) Each mission from the war table has a certain duration (the time may vary, depending on the advisor that you have chosen). The easiest ones are completed within several minutes, but the more complex ones may take several hours to be completed.

3) Each advisor may be involved in only one mission at a time. Therefore, it is important that you return to the war room as often as possible and that you make sure that the advisors are involved in a mission at all times. A big facilitation is the fact that the game informs you about the completed missions while you are exploring the game world.

Note! If a mission is really long, (e.g. 24 hours) and you do not want to wait, you can change the system date after its starts. Thanks to this, it will be completed immediately. Of course, this trick also works for the missions for which you do not wait that long to be completed. 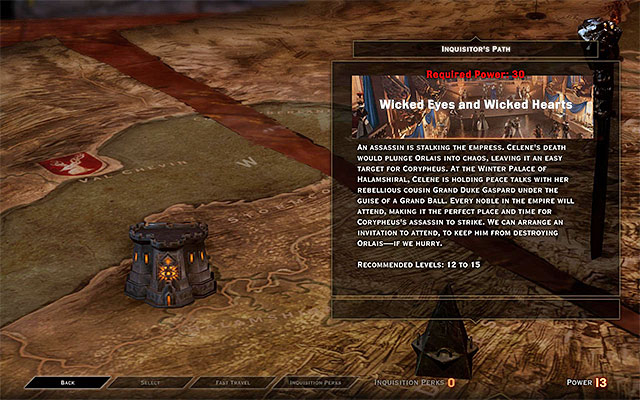 As much as your advisors can take on the simplest missions immediately, there is an additional restrictions on the more complex ones (this is especially true for the ones connected with the storyline and with discovering new locations). They may not be available up until you have gathered enough Power points. An example of such a mission has been presented in the above screenshot - in order to unlock that mission, you need to collect as many as 30 Power points.

Note! Remember that the points that you spend are gone forever. Therefore, you need to consider whether you want to complete the missions with lower requirements first or focus on amassing a higher amount of points for the most important mission at the war table. 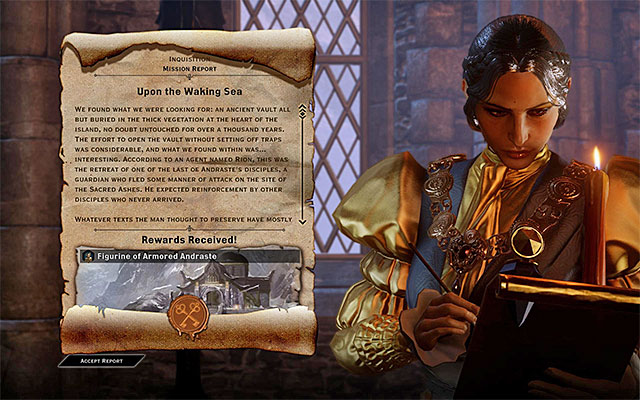 Each mission that you assign from the level of the war table, ends in a mission report. It is not displayed automatically. In order to learn about the summary, you need to return to the Inquisition's HQ, use the war table, find the pawn for that particular mission and select it. The rewards for completing the missions vary - you can unlock new areas, obtain crafting materials, gold, resources, Influence points, Power points, elements of the equipment or rare artifacts.