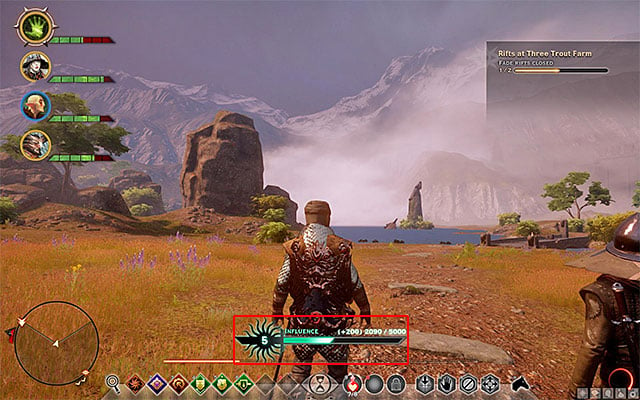 Power and Influence are two very important factors connected with the actions of the Inquisition. It is a good strategy to develop them from the very beginning of the game, because they are followed by certain profits that have been described further in the text. You will always be informed by the game that the party has gained some new points (an example of this kind of message has been presented in the screenshot above). You very often gain Power and Influence side by side, but their number is not unified. In case of power, you usually gain single points, whereas you can gain as many as several tens or even several hundred of influence points at a time (after you gain enough of them, you progress to the next level and receive an Inquisition perk point).

Below, you can see a list of the actions for which it is easier to obtain power and influence: 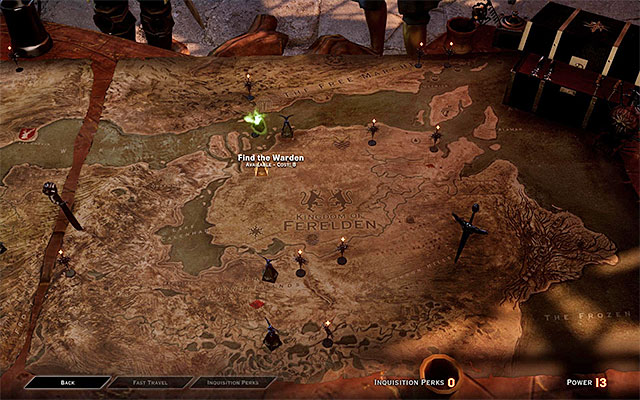 You need power to unlock new, important quests on the war map

You use Power in the game to gain access to new missions at the war table (the functioning of this element has been described in the War Room chapter). This means, mainly, the missions that are connected with the main storyline and those that allow you to unlock new locations in the world map. At the beginning of the game, this kind of quests require one or several power points, but the requirements go up fast and to access some of the quests later in the game, you need to have as many as several tens of power points. This is why it is so important to gather them.

Note! If there are several quests available on the war map which require you to spend power points, and you do not have enough to unlock all of them, choose carefuylly. The power points that you spend are lost forever so it is best to provide yourself with access to the parts of the world where you can do most. 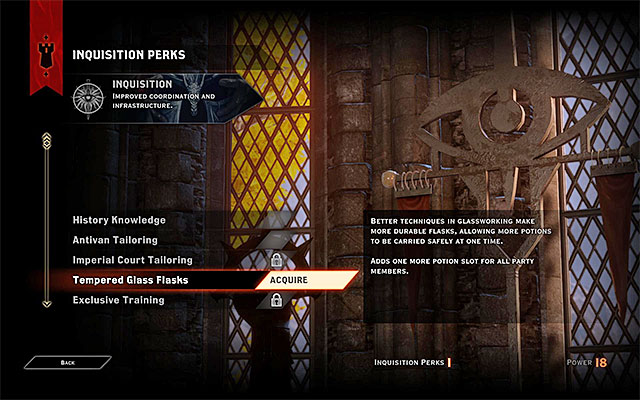 Thanks to expanding your influence, you can unlock new Inquisition perks

You use Influence to obtain new perks. Perks provide you with various rewards and they allow you, among other things, to unlock special dialogue options, obtain rare resources or get better prices from merchants. You can learn more about these from the Inquisition Profits (perks) chapter. Also in this case, it would be advisable to consider your each purchase, especially that it is time-consuming to obtain new points - just like in the case of experience, you are required to fill up the entire bar to progress to the next level of influence.