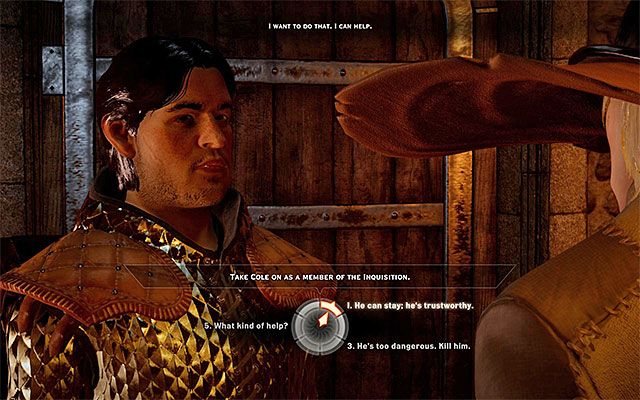 The Inquisition cannot seal all of the rifts and defeat the evil on its own and this is why obtaining new allies plays an important role in the game. This can be done in two ways. First of all, you can invite single characters to cooperate. This means both the characters that joined your party (they have been listed in the Companions chapter), as well as the ones that are going to support the Inquisition while staying at the stronghold (e.g. a new merchant or a minor advisor). I recommend that you accept all offers of help made by NPCs, unless you learn about the possible betrayal of a particular NPC in the walkthrough and you want to play it safe. 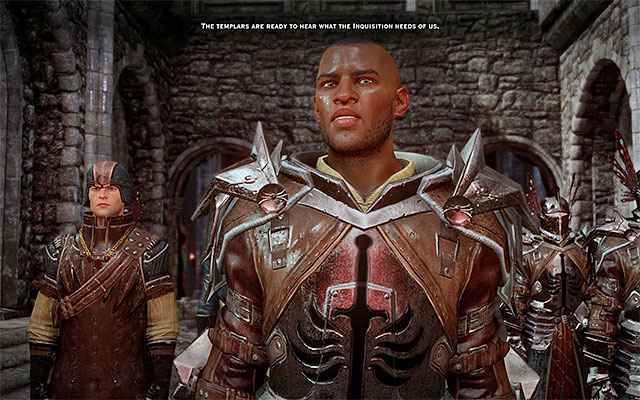 Apart from including individual NPCs, you can also have entire factions to ally with you. An example of such a situation is one of the first quests, where you choose between the Templars and the mages. As you complete more and more quests for one of these factions, you can win their favor and continuing support. At this point, I want to address two important matters. First of all, read carefully all the descriptions for quests and dialogues. Thanks to this you may try to fight for the favor of the faction whose support you want. Sometimes, the game allows you to make a choice, e.g. whether a given faction may or may not remain independent and its representatives will be made into the Inquisition's forces. The decisions that you make may have different results and you can learn about these, among others, from the walkthrough for the game.