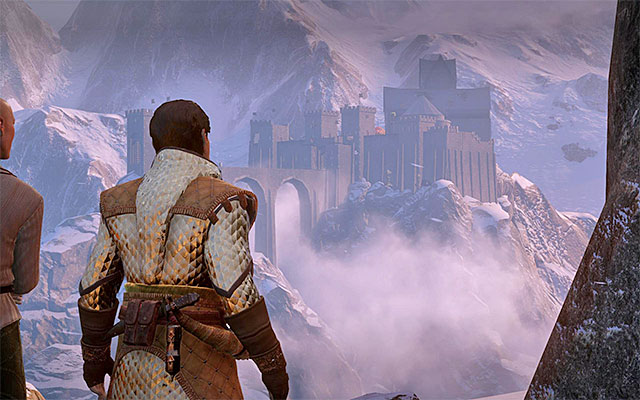 The Skyhold becomes the Inquisition's primary HQ at a specific moment in the game and it replaces the Haven completely. Both of these locations have a lot in common. While at the Skyhold, you can take all the actions described on the previous page, i.e. meet people, trade, craft or dispatch your advisors on missions, at the war room. At this point, it is worth adding that the Skyhold is a three-story building and sometimes it may be difficult to find a specific station or a specific person. Therefore, it is a good idea to explore the entire location right after you arrive in it for the first time. 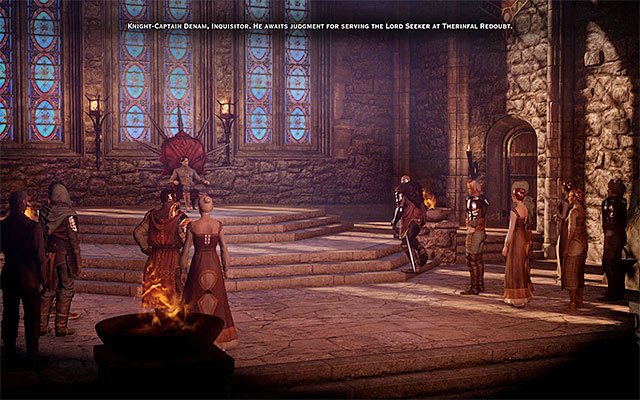 At the throne room, you can pronounce verdicts

The stay at the Skyhold involves several additional elements of the game, which were unavailable at the Haven. Among others, it is the throne room. At some points, you are allowed to take your place in the throne and pass an important verdict that concerns beheading or imprisoning an alleged traitor. Since you pass all of the verdict as side quests, I encourage you to see the walkthrough for the game. 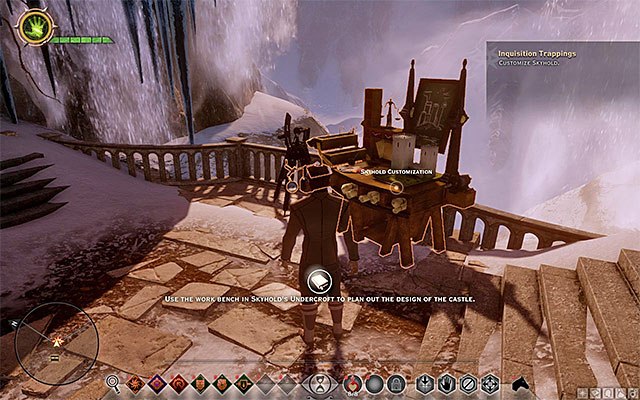 Another interesting innovation is the option to modify the looks of the Skyhold and you do that by interacting with the architect's table shown in the screenshot above (Customize Skyhold). The game allows you to change the Banner, your Bed, Drapery, Heraldry, Decor, the Throne and Windows. The important piece of news is that many of the elements of modification are unavailable, at first, and you can unlock it by either purchasing them or through careful exploration of the game world.