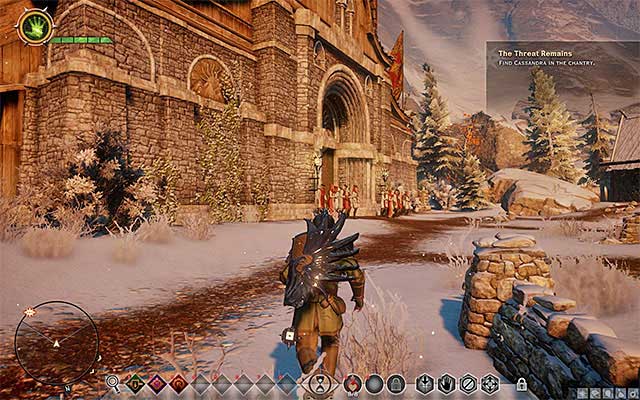 The Haven is the Inquisition's first HQ

Commanding the Inquisition's forces is a much larger operation than the standard commanding of the party and it is reflected in the game, e.g. in the matter of the "field bases" used by the members of this faction. The first major HQ of the Inquisition's forces is the village named Haven that you reach once you complete the prologue. Only later into the campaign, it is replaced by the Skyhold, which you are going to learn more about later in this chapter.

The current Inquisition's HQ is subject to its own regulations and the most important are: 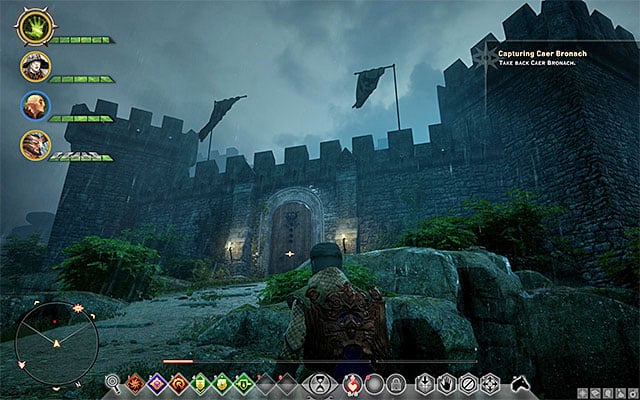 An example fortress that had to be seized

Apart from the Inquisition's main HQ, you can also set outposts at the locations visited by your party. Initially, these are small encampments only and their functioning has been presented in chapter Exploration of the game world. Later into the game, you also get the opportunity to seize the minor strongholds and keeps that you discover. The bad news is that the outposts are, by default, nearly always occupied by the enemy, e.g. monsters or bandits. This means that it is necessary to get rid of all of them, before it can be controlled by the Inquisition.

The features of the additional strongholds are very similar to the ones from the Inquisition's main HQ. From the moment that you take the full control of them, you can feel safe there. Also, you can rest and meet your allies, trade or craft there. Unfortunately, some of the actions, like e.g. dispatching envoys to missions can only be performed at the main HQ.