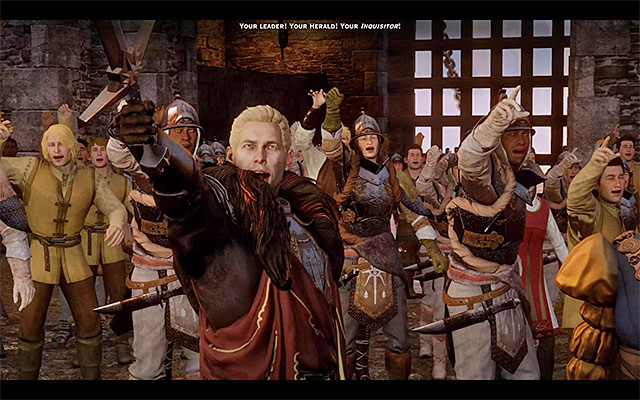 Your character, after you arrive at the Skyhold (this takes place later into the game) becomes the official leader of the Inquisition

Inquisition management is definitely the greatest innovation to this installment of Dragon Age in relation to the predecessors. How much this factor is, is reflected by how many key elements of the game it is integrated with. This means progressing into the storyline, unlocking new locations, gaining new companions or receiving support from major factions around Thedas.

A very important piece of news is that you become the leader of the Inquisition automatically, i.e. at a certain point into the storyline. After you reach the Skyhold, you are promoted for the official leader, although it has been possible to take decisions, connected with Inquisition, still before that. This does not mean that the entire process in question is automated, because your action have a real effect on the strength of the Inquisition, as well as do the progress pace into the main campaign and on which factions you can convince to cooperate.

Inquisition management has been described, in greater detail, later into this chapter. The following issues have been addressed: