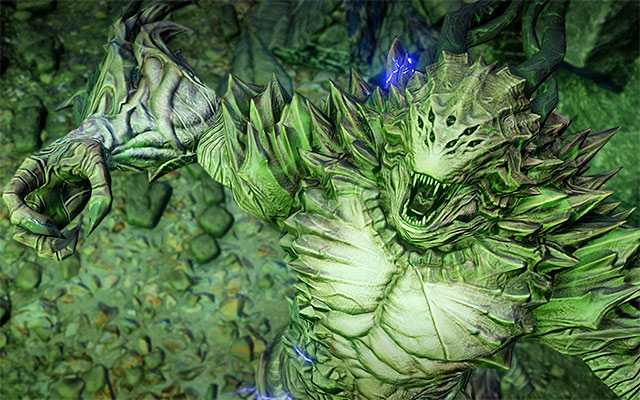 The Pride Demon is the first challenging opponent in the game that you will have to face. You encounter the monster towards the end of the Prologue and he is much more demanding opponent than it may seem at the first glance. Wrong tactics may result in a quick death of all the party members, and ending the game prematurely. 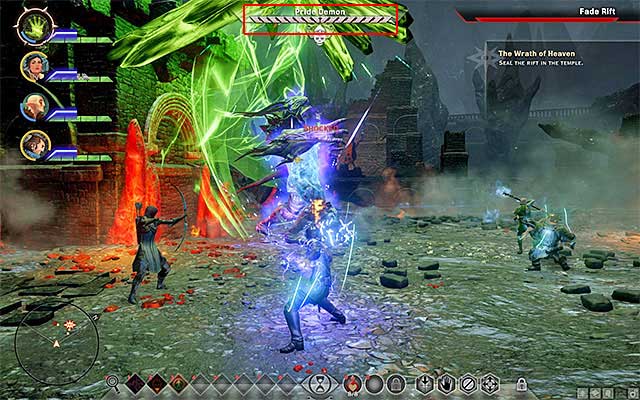 A very important information connected with the fight against the Pride Demon is that you cannot keep attacking him for the whole time. By default, he is capable of protecting himself against your attacks. His resistance to standard attacks is symbolized by his inactive health bar, highlighted on the screenshot above. 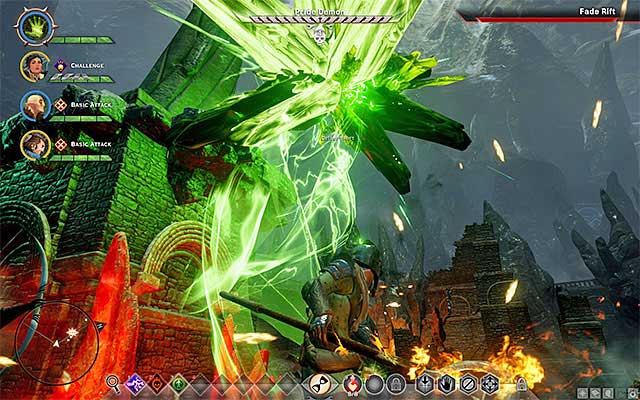 Disrupt the functioning of the rift

The key to winning with the Pride Demon is to disrupt the huge nearby rift. The method of disrupting rifts has been described in the "Closing of Rifts between the game world and the Fade" chapter. Jut to remind you, you need to be facing the rift and press the interaction key/button. 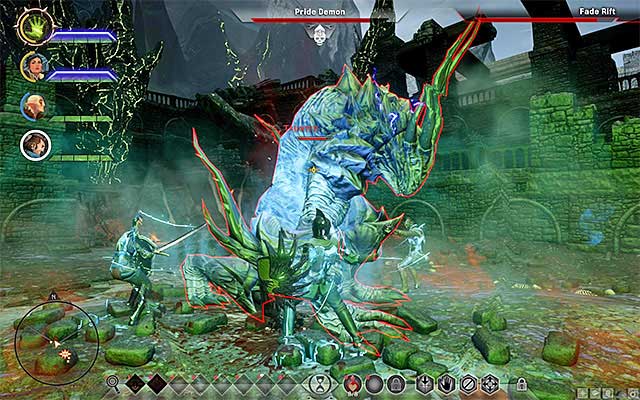 Disrupting the Rift temporarily stuns the Pride Demon and exposes him to your attacks. This is the moment when you should focus on landing blows to the demon. The plan of the attack should be the same in this case as for the rest of the fights - your party members should land direct attacks and distract the demon from archers (rogues) and mages that attack him at a distance. 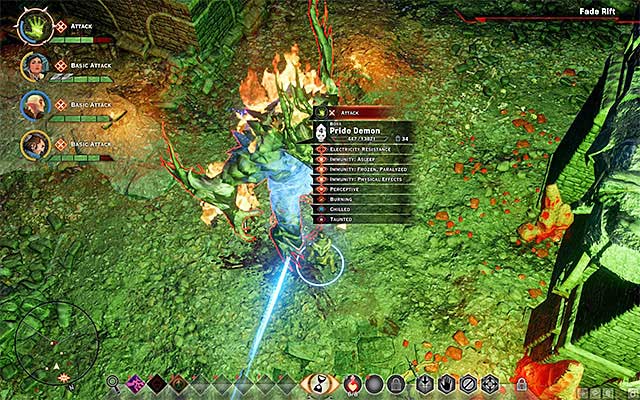 The important piece of information connected with the fight against the Pride Demon is that he is invulnerable to attacks with electricity. To learn about his strong points(e.g. immunity to attempts to put to sleep) you can read the information once you highlight him in the tactical view (an example in the screenshot above). This will allow you to plan on the battle and avoid landing blows that are ineffective. 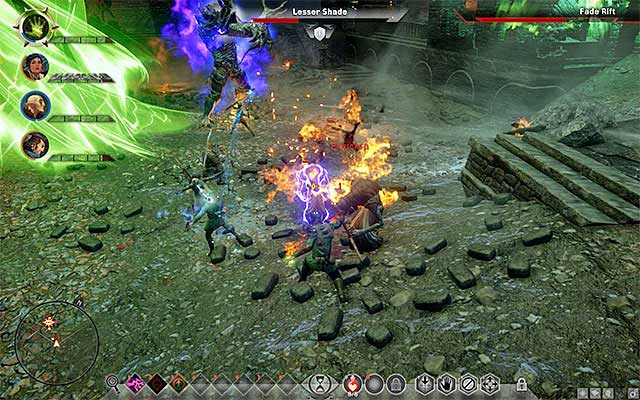 Eliminate the weaker monster on a regular basis

Later into the fight, against the Pride Demon, you need to disrupt the Rift and attack the weakened monster. There is one handicap to the battle, because there will occasionally appear groups of weaker demons. I recommend against ignoring them, because they may weaken rogues and mages of the party, and make it more difficult for your character to disrupt the Rift. 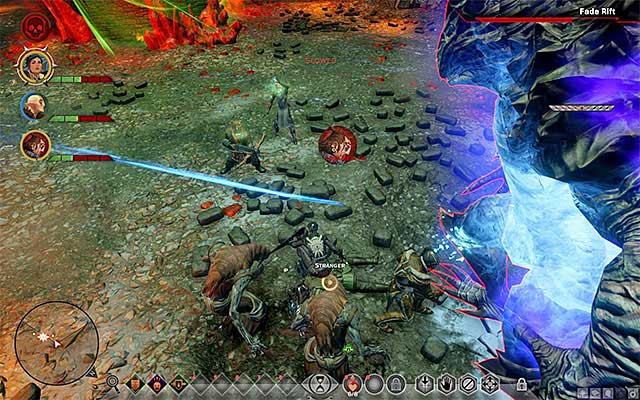 Regenerate health of the fallen allies

If you perform all of the above steps in accordance with the presented plan, you should win without any major problems. Still, you need to keep an eye on the health bars of your party members, because the demon's attacks deal a lot of damage when he is in full health. Make use of health potions on a regular basis. If any of the party members loses the entire health bar, run up to him as quickly as possible with another character and try to help him up.