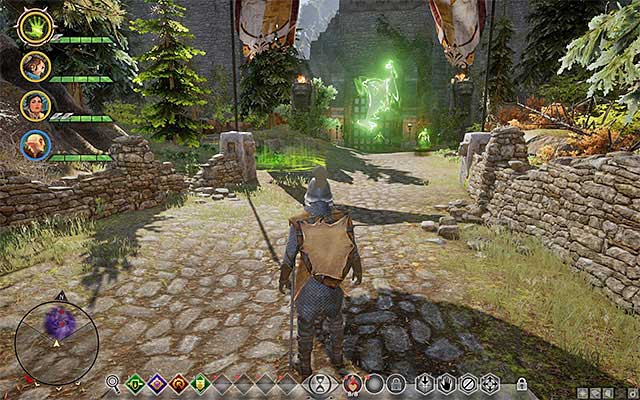 Closing Rifts between the game world and the Fade is one of the additional activities that you will be doing very frequently. You can find Rifts while exploring the locations within the game world, but you will also need to close them as you progress within some of the main quests. As a result, it is a good idea to learn about this mechanism.

You can either search for Rifts on your own (they are marked separately on the map) or close them while exploring the area in question. An example of a Rift has been shown in the screenshot above. Once you approach a rift, a group of monsters will appear around it and you can exploit the fact that they do not attack you straight away (rifts in some of the main quests may be an exception). Therefore, it is a good idea to find out, from a safe distance, what kind of monsters you are dealing with and what are their experience levels. If the experience levels of these monsters are higher than those of your party members, it is better to deal with the Rift later, because it may prove to be very difficult to defeat all of the monsters that guard it. 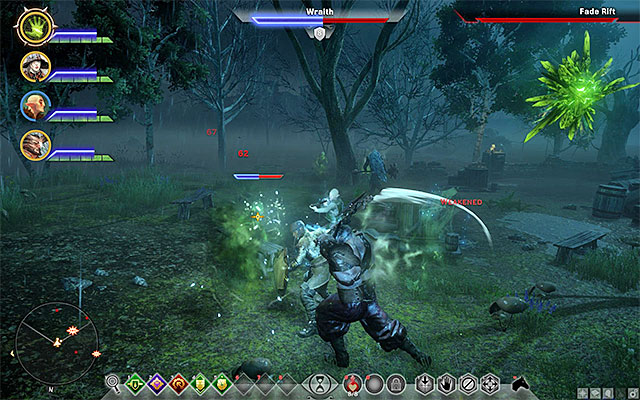 Attack monsters that appear around the rift

Once you come within vision of the monsters spawned by the Rift, the battle begins. Each battle of this type is a bit different and all of them have been described in detail in the walkthrough for the game. In general, it is best to start with the strongest demons that attack you at a distance. Leave the weaker ones, which deal less damage to you, for later. 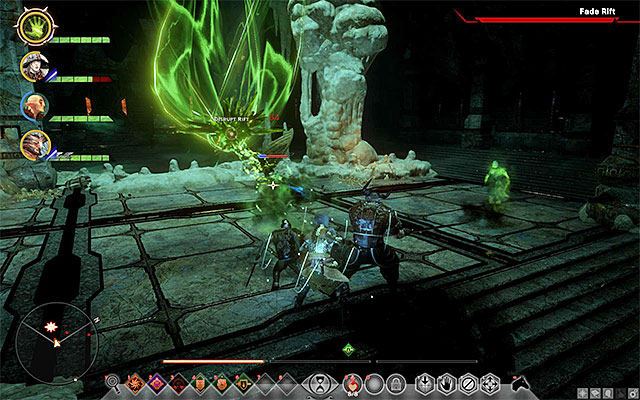 While fighting at the Rifts, it is worth to remember two things. First, there are at least two groups of monsters that you need to eliminate, because more of them will come from the Rift once you defeat the first group. Secondly, you can additionally disrupt the functioning of the Rift, even before the fighting ends. You do that by interacting with the rift once disrupting becomes available (an example in the screenshot above). Thanks to the disruption, you will stun and weaken the monsters around the Rift, which will make it easier to win. 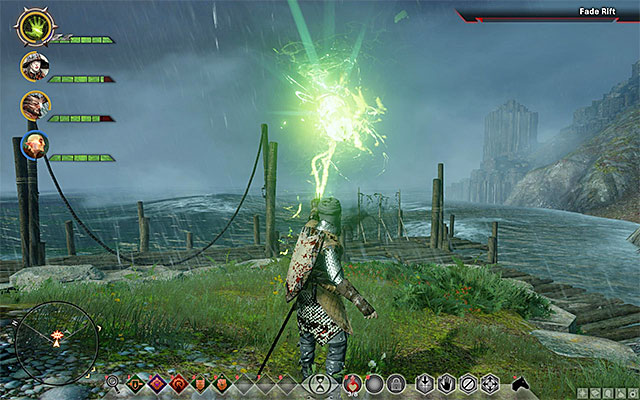 After you defeat all of the monsters, you can seal the rift

In case of closing the Rifts, the process is always the same: you need to defeat all the monsters that appear around the Rift; once you have secured the area, you need to face the rift and press the interaction key/button to close it. You are always rewarded with experience points, Influence and Power points for sealing the Rifts. The amount that you are awarded depends on the difficulty level of the battle that you had to fight.