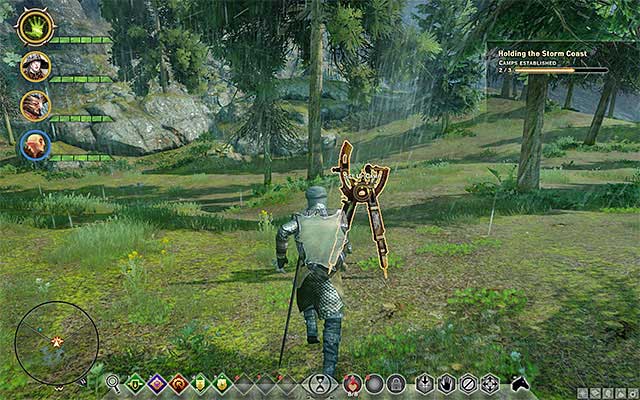 Exploration of areas in Dragon Age: Inquisition is not only about crossing wilderness inhabited by hostile creatures. On each map, there are unique locations that you can discover and/or unlock. First of all, it is worth to remember that you can set up camps in the pre-determined locations. These are symbolized on the map with the tent icon. Once you reach that location for the first time, you need to set up a camp which becomes an option if it is safe in the area. If the camp is active, you additionally receive an option to return to it from the world map level. The main upside of having camps is that you can replenish your supplies for free and regenerate your health. Apart from that, you can have short conversations with party members, or complete Inquisition's Requisition, which has been described in detail in the Inquisition Management chapter. 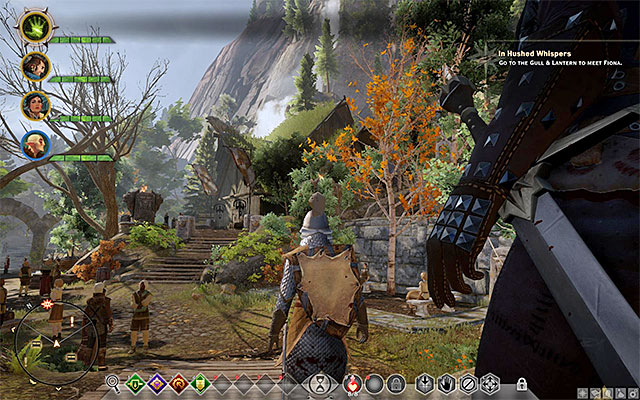 In villages, you can meet many NPCs

As much as the largest cities have their blips on the world map, towns and villages are often only a part of a larger map (such as, e.g. Redcliffe that you visit early into the campaign). The general premises, in both cases, are similar so as long as you do not leave the area of a village, you can feel safe. Almost always in villages you can encounter merchants and NPCs that offer you side quests. 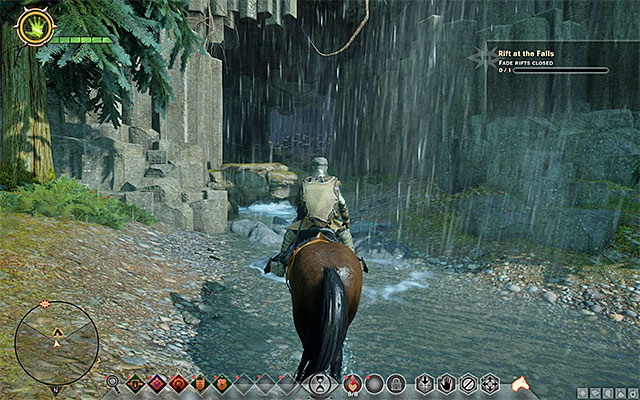 Exploring caves, ruins and such is a good way to obtain rare loot

On the other hand, all sorts of ruins and caves in the game world are not a safe place to be. Very often, locations such as these have their own blips on the world map and they inform you of the location of the entrance to a given dungeon. Sometimes, these consist of one chamber, which you can comb through within several seconds, whereas there are also ones that are more complex that resemble labyrinths and are definitely much better manned by monsters. I recommend that you be wary while entering such locations and, as much as possible, make sure that they are not occupied by monsters that are too strong for you to fight.