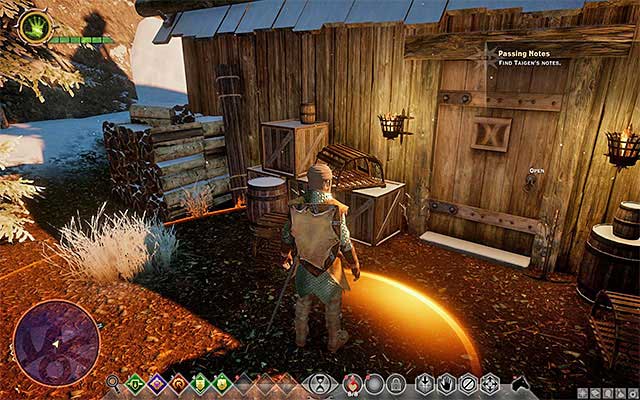 The option to "scan" (search the area automatically) is incredibly useful

Exploration of the surroundings is very important in Dragon Age: Inquisition, especially that it is not as restricted (e.g. by invisible walls or blockades) as it was in the case of the second installment of the game. What's more, there are lots of loot chests, herbs, materials and documents hidden all around the game world. Collecting all of these is, to a greater or lesser extent, rewarded.

What is very useful while examining elements of the surroundings is the option to "scan" (i.e. to search automatically), which you can activate by pressing the appropriate key/button. Once a new element is found in the environment, it is signaled by a short sound and the items themselves are highlighted for a short time. What's more, you are free to use this option as much as you want as it is unlimited. It is a good idea to use it as often as possible. At the same time, I recommend that you unlock the "Eagle-Eyed" perk, which makes the search area wider.

Note - If you are searching for a quest item, it is a good idea to set that quest as active in your log. Thanks to this, your party will be directed towards the place where the item has been hidden. 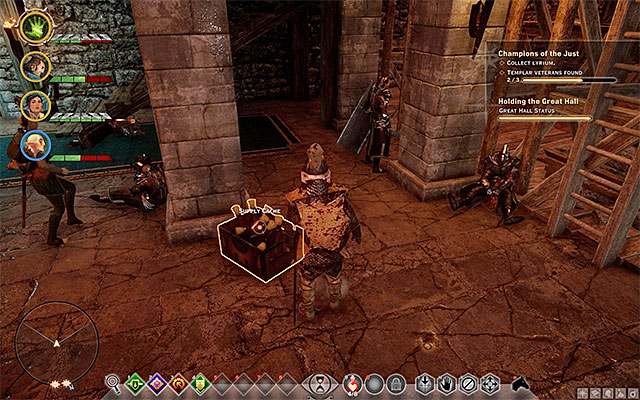 Scanning the environment can be done outside of exploring the game world freely. Sometimes, it is even advisable to do that while on quests - also ones that involve a big number of battles. What opts for this solution, is that many opponents drop valuable trinkets or gear. Walking away from the area of the most recent battle may result in disappearing of the loot, as a result of which it is lost forever and you lose the chance to obtain them. In many longer quests there also are supplies crates placed all around the area. It is a good idea to use such crates (you can interact with each one only once), mainly to replenish your supply of health potions. 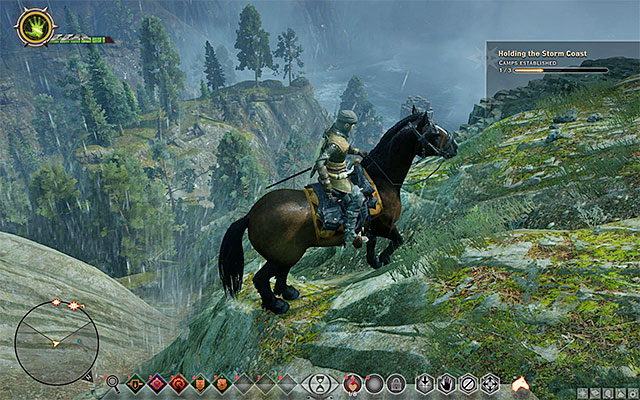 You can explore the areas of the game world on foot but, due to the size of the majority of locations, this may prove time-consuming. This is where mounts come to your aid, which have been described in detail in a separate chapter of this guide. Using mounts makes it faster to travel. Additionally, they are a perfect choice if you want to get to a less accessible area, e.g. a village or an encampment in a mountainous area. Another upside of mounts is that they "cushion" falls from heights, as a result of which you do not need to worry that you will lose your health points once you take a misstep, e.g. near a cliff edge. 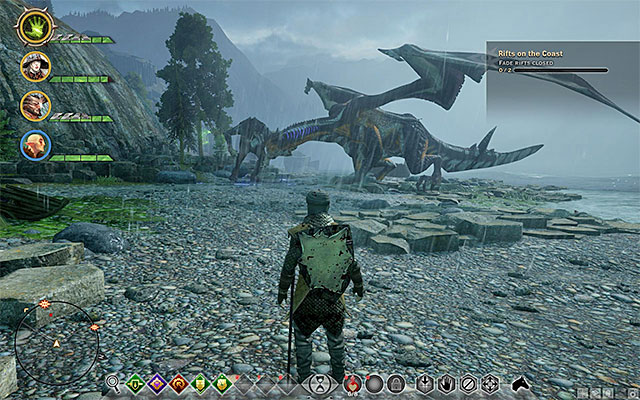 Watch your steps in the areas, where there are powerful monsters

Of course, falling from heights is not the only situation in which a party member may die prematurely. Exploring the uninhabited areas carries the risk of encountering bandits, hostile animals and/or monsters. At the beginning of the game, it is advisable that you steer clear of stronger enemy groups and "elite" monsters like dragons or giants. Regardless of the level at which your party members are, it is a good idea to perform a reconnaissance, thanks to which you are able to assess the numbers of the enemy group or the strength of the individual opponent from a safe distance. 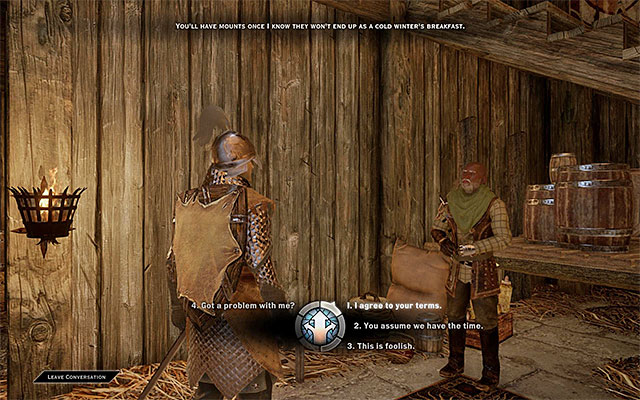 In each location, there are many NPCs that are willing to task you with a quest

The opportunity to enrich your inventory is not the only reason for exploring locations thoroughly. Equal in importance is talking to new NPCs. This goes, especially, for the ones marked with the exclamation mark, because they are the ones interested in giving you side quests. In the majority of cases, those side quests are not too time-consuming and they add to your experience, power, influence and inventory. 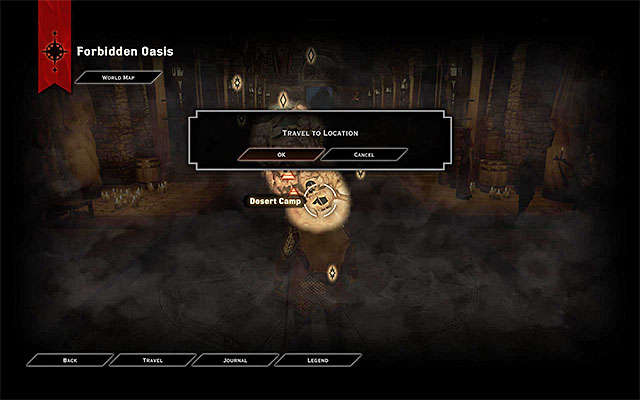 Thanks to fast-traveling, you can return, e.g. to safe villages and encampments in an easy way.

I have already mentioned that there are many vast locations around the game world and for this reason it is worth to remember about the fast-travel system in the game. The system makes it easier to return to the locations that you have already discovered, e.g. to meet with the quest-giver again. Fast-traveling allows you to travel to the camps, strongholds, keeps, cities and villages that you have already discovered. This action is free to use and, for obvious reasons, cannot be used in combat.