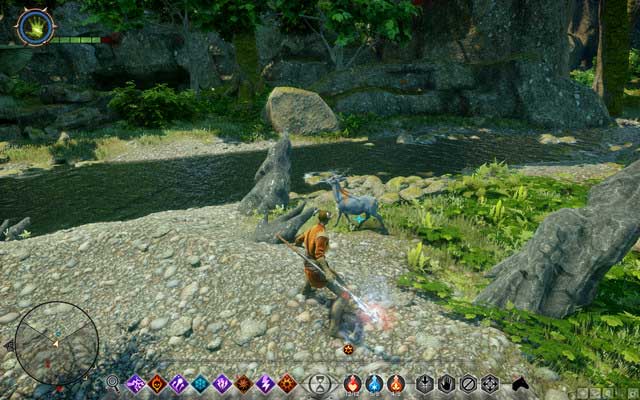 The world of Thedas is very diverse when it comes to opponents. Demons are not the only creatures that you will be fighting, often you will need to fight humans. Opponents can be divided into several groups that make it easier to classify them. Starting with the most common ones, you can encounter animals - ranging from harmless rams through black wolves, through desert gurguths, to bears and dragonlings. The majority of hostile animals are exceptionally resistant to fire, and they often have high defense values; however, their attacks are not as strong. Forest dwellers become a great opportunity to obtain valuable resources, such as hide and dragon blood (obtainable from dragonlings). Often, monsters drop other resources or valuables, while people can drop armor and weapons. Some of the monsters allow you to loot unique ingredients, such as spider blood from arachnid enemies, which is required, e.g. for requisition quests. 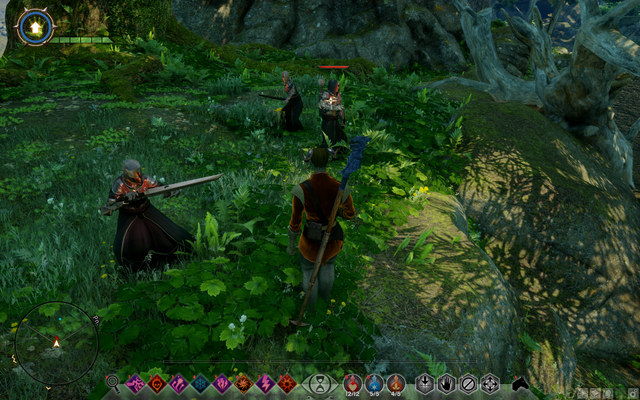 A small group of Templars

Another type of opponents are people and associated races: elves, dwarves, qunari. As it is usually the case in the human dwellings, you can count on allies or, at least, on those that are neutral towards you. But, if you are exploring out in the wilderness, nearly every creature that you run into becomes a serious enemy. The classification here is abundant: just like your character, you can encounter opponents of all classes: starting with rangers and masked assassins, through mages, through shielded. The tactics that you use for each one of them is different. All sorts of AoE attacks and ice magic work here and they pin the opponent in their place quickly. Usually, the opponents attack in numbers as single units are easy to defeat. What is problematic, though, are the encounters with the shielded units. What works best here is distracting the opponent with one of your companions and attacking him from behind by yourself.

The next group of opponents consists of demons and all sorts of extraterrestrial creatures. They do not occur in the game world too often and, most frequently, you encounter them guarding Rifts. There is no unified fighting system in this case. The only option is to watch the opponent - most often, his strength is reflected by his size and weight. Additionally, red/blue color suggests the type of the unit as a fire/ice unit. In such cases, the best method is to use the attacks that contrast the given element. 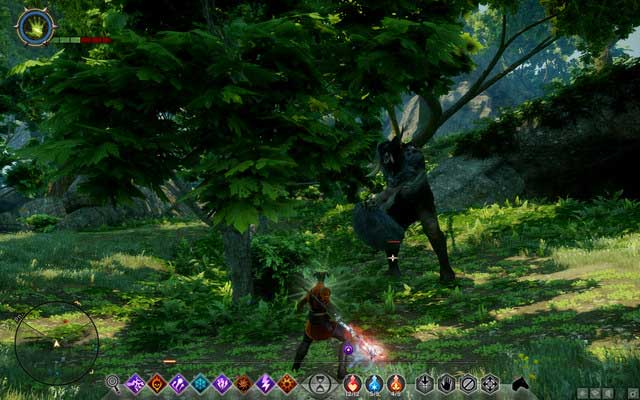 The giant - he can kill you with one attack

The last group of the rarest and strongest units are bosses - dragons and giants (who are a bit lower in the opponent ranking, but just as dangerous). Wyverns constitute to the group of the most powerful creatures as well. For example, giants are most commonly found by themselves, which is why they can almost be considered to be bosses - they are powerful, sluggish and are divided into attack areas: limbs and the head. By concentrating your attacks on one of the limbs you can paralyze the monster for a moment, at which point he ceases to attack. However, your target does not determine the number of damage that you deal. The case is a bit different with dragons, who are bosses in the full sense of the word. They can be encountered only once (i.e. up until the moment that you kill them) in specific locations. The method of fighting these has been described in a different chapter.