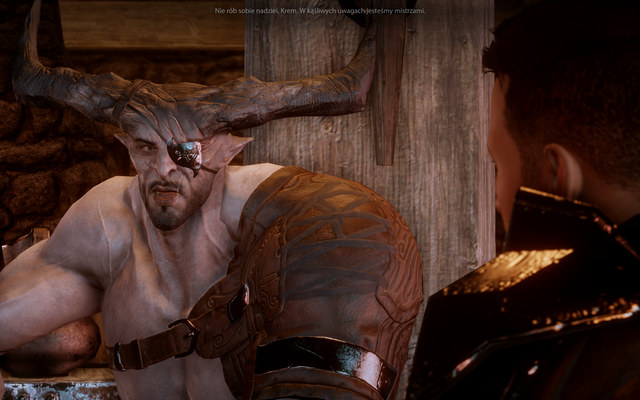 The Iron Bull - you receive a special quest to recruit him at The Storm Coast. He is a masculine representative of the Qunari and he is a warrior. He has a set of warrior's special abilities that amplify his melee attacks. He can romance with a representative of any other race and gender. In conversation, he prefers options based on aggression and forcible solutions. You win his favor thanks to battles that you fight with him on your side. 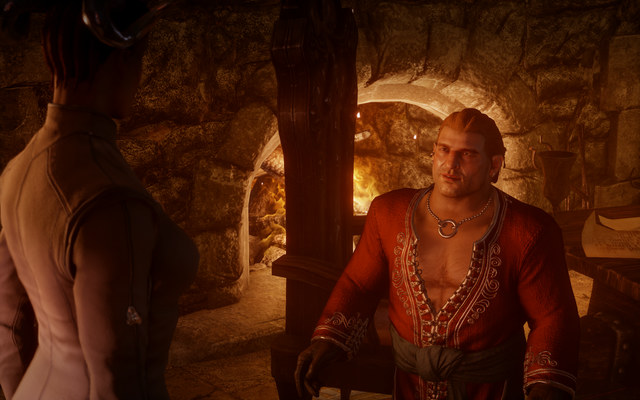 Varric - the first companion - a dwarf rogue. He has preference for combat with crossbow/bow. He has his own, unique crossbow- Bianca (that only he can use). As the representative of his race, he has a moderate armor (high dexterity) and quite a lot of health points. No option to start a romance. 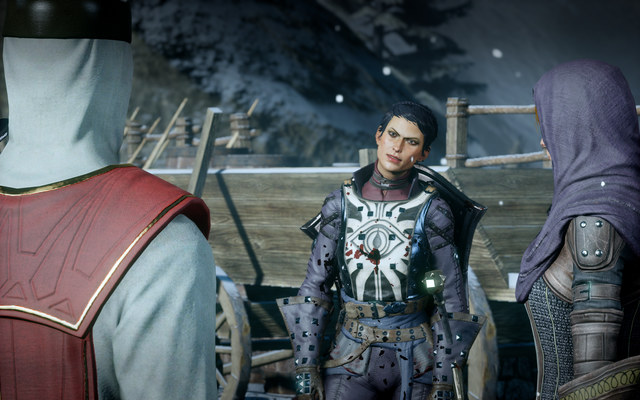 Cassandra - she is one of your first companions, a human warrior. She has a high strength ratio but, virtually, no additional resistances. She can romance with males of any race. The preferred dialogue options are moderate forcible solutions, self-confidence and fair judgment. She can leave your party if you lend your support to her as the heir of the Divine Justinia. 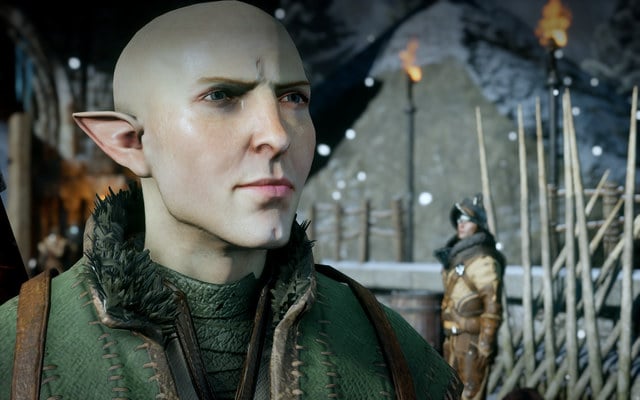 Solas - another one of the initial companions, an elf mage. His statistics are typical for his race and they are quite well balanced. He can romance only with elf women. In conversations, he especially supports your positive opinions on extraterrestrial creatures. An important note - he leaves the party forever once you finish the main storyline. 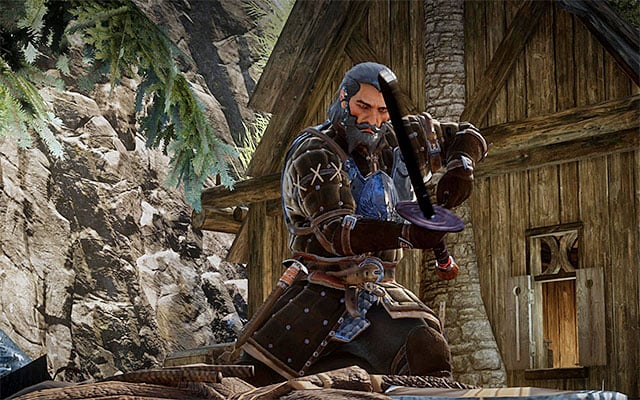 Blackwall - a human warrior, a former member of the Grey Wardens. He has high attack statistics and has quite a lot of health points. He can romance and, to win his favor, you need to make good and honest decisions. 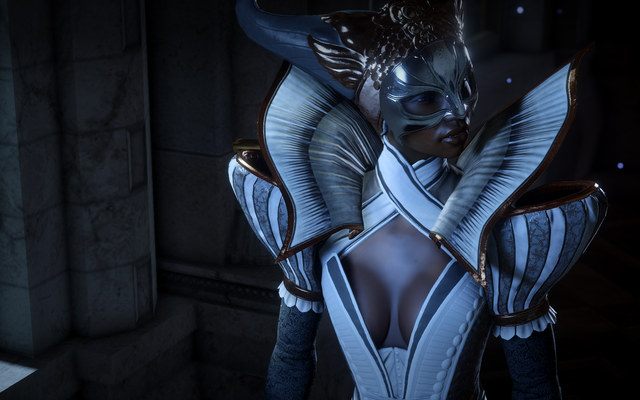 Vivienne - may become your companion after the events at Vel Royeaux. She is a human mage with high magic attribute. Still, the rest of them leave much to wish for. She cannot romance. 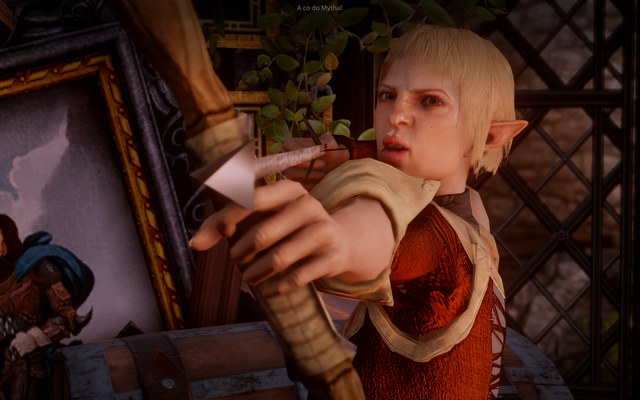 Sera - an elven rogue. She prefers ranged weapons (bows). During your first visit to Vel Royeaux, after the main event with the Templars, you notice an arrow stuck by the statue. Collect 3 items scattered around this location to meet her and enlist her in the group. She has high attribute of Dexterity, optimal attack and health points yet low defense. She has a group of special abilities, e.g. Blizzard, that require special vials, weaker than grenades but requiring no paying. She can romance with women. She prefers moderately-negative choices (e.g. theft, but not always murder), and she is a supporter of condemning all supernatural beings. 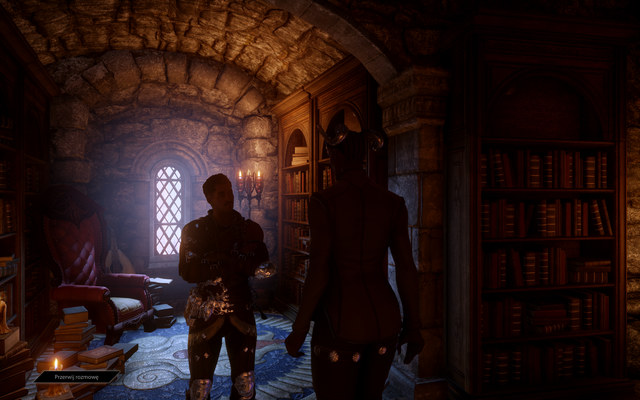 Dorian - a human mage. You unlock the option to recruit him in the party once you defeat the master of mages in Hinterlands. He has high magic statistics and moderate resistances. He specializes in necromancy and can romance with males of any race. In his choices, he prefers negative actions. Also, you win his support by eliminating enemy mages in battles. 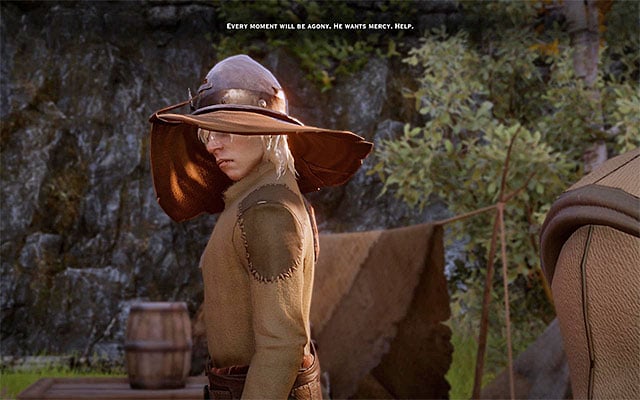 Cole - as a matter of fact, this character is a ghost, although he represents humans and the rogue class. As for this class, he has a quite high health ratio. You can find him while completing the first main quest, connected with winning support of the Templars, or later, during your stay at the Skyhold. No option to romance.

Each character has their own, predetermined class and attributes. Each party member gains experience along with you and, once recruited, receives the number of points that depends on your current level - the promotion is automatic. This is why, if you are bored with playing as a character of one specialization only, you can choose a new character with the same class and distribute the points again.