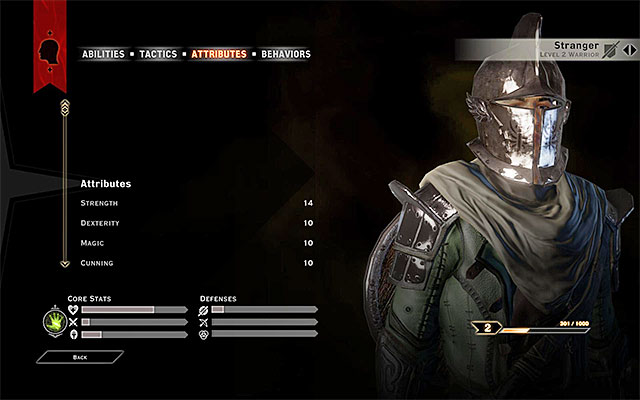 You can view your current statistics in the character window

Each of the playable characters in Dragon Age: Inquisition is described by a number of attributes. As I already mentioned, the development of attributes is an automated process, i.e. the selected ones are raised the moment you progress to the next experience level. This does not mean, however, that you should not pay close attention to them, keeping in mind that they can be modified, e.g. thanks to wearing elements of armor with specific features.

The main character attributes are:

The remaining important attributes are: