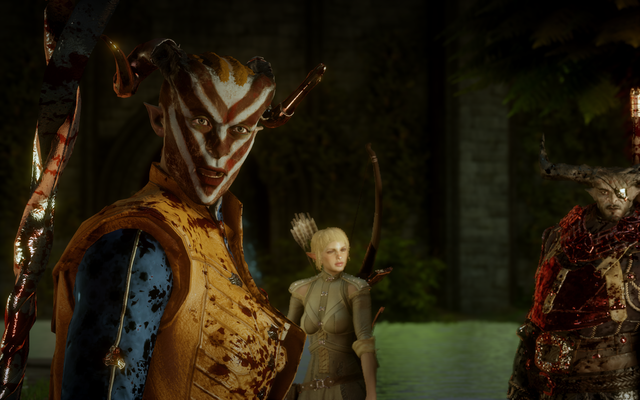 In the game, there are representatives of four different races

The first thing that you need to do at the beginning of the game is create your character. First, you need to decide which race you want to play as. Each of the available four races is predisposed for doing different things, which you can see in-game in the description. You can play as a representative of one of the four races: a human, an elf, a dwarf and a qunari. The features of each race are as follows:

You still have to pick the gender of your character: a man or a woman. Which gender you choose does not really matter and the difference lies in the characters that you can romance with. Also, the race you pick affects the dialogues in the game, especially if you are causing negative tensions when talking to others. You can be frequently offended by other NPCs if you play as a non-human character.