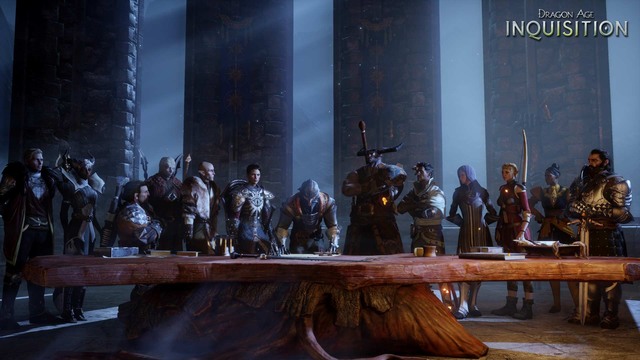 The most important characters in Inquisition - among them, our hero

As usual in BioWare's cRPG games, the key role in Dragon Age: Inquisition is played by a variety of heroes. Some of them will be our companions and others are totally independent. Below, you will find a brief description of the most important "actors" of the story, in which we will participate during the game.

The Inquisitor - The main hero. Most of the characteristics (race, appearance, class, our past, etc.) will be defined by the choices that we make at the beginning of the game, but every player will have something in common: the fact that the protagonist is the only one who survived the catastrophe of the Breach in the Veil, which gave him a special ability to close other rifts that would allow the demons from the Fade to enter his world.

Varric Tethras - We know him from Dragon Age II. A dwarf from a family of merchants that lives on the surface, who due to his rowdy nature, accompanied Hawke in Kirkwall and now stays close to the Inquisition. A versed story-teller and a humorous rogue, skilled in using his large crossbow named Bianca.

Cassandra Pentaghast - Another (and the last, if it goes for the team) one from our old acquaintances. We remember her as a member of the Seekers of Truth order. She interrogated Varrik to find out the truth about the beginnings of the war between mages and templars and about Hawke's role in that. Faithful to Divine Justinia V (the leader of the order), she joins the Inquisition to stop the chaos in Thedas. Cassandra is a potential romance option for a male hero.

Vivienne - The leader of Orlesian mages and personal enchanter of Empress Celene, the ruler of Orlais. A ruthless woman, who has achieved her high position thanks to her slyness and skillful political intrigues, earning the moniker "Lady of Iron". She does not support the rebellion of mages against Templars and joins the Inquisition to restore the order of the world.

Solas - An elven apostate mage, who has spent most of his life in the wilderness, avoiding hostile people and exploring mystical knowledge on his own. He has spent a lot of time studying the Fade and thus knows its nature better then most of the "professional" wizards. When the Breach appears on the sky, he decides to leave the shade and offers to help the Inquisition to stop the danger.

Iron Bull - A fearless member of the qunari secret police (Ben-Hassrath), who, starting to lose his motivation after years of service, has been sent to Orlais to organize a group of agents and mercenaries there (the Bull's Chargers) that would gather information and send it to the authorities. Having spent years far away from his homeland, fighting and sitting in taverns, the Iron Bull starts to wonder about his identity. He joins the Inquisition because of a prosaic reason: he wants to make money on killing demons.

Sera - An indicent, impulsive elf, who likes to play. She was once a member of an organization known as the Friends of Red Jenny, where she relished on humiliating the nobility. When the Breach comes, she feels it's her duty to fight the demons (because "their world has to be normal so she can play") and joins the Inquisition.

Blackwall - a member of the Grey Wardens, a faction known to all players of the first episode of the Dragon Age series. He is a warrior, who has committed his life to defending the world from demons and other dangers from the other world that show themselves during Plagues. Blackwall differs from his fellow Wardens, because he has joined the group of his own accord (many of the Wardens are murderers, outlaws or thieves who are recruited).

Dorian - A human mage from the Tevinter Imperium. He's so talented that he could serve as a model to follow for his peers, if not for one thing - Dorian thinks his homeland depraved and stands against the rules that govern it. It is why we get to know him as a proud outcast, who joins the Inquisition to get a chance of changing things in the Imperium. What's more, this character is the first one hundred percent gay character in the game.

Cole - At first he seems like a normal boy, who is skilled in sneaking. The reality is though, he is an entity of a far more complex nature. Cole is a lost spirit, caught between the Fade and the mortal world, gifted with an ability of sensing people who are in pain. Cole tries to find his place in the world by helping others and finally joins the Inquisition.

It should be mentioned that the number of playable companions in the game will probably be no higher than the nine described above, because BioWare has announced that they won't be introducing any new characters in DLCs.

Morrigan - a Witch of the Wilds. This character is well known as a companion in the first Dragon Age game, but absent in the second part. In Inquisition, we will see her in the role of an advisor to Empress Celene, arriving in the Orlesian court three years ago. Rumour has it that she has a major influence on the empress, teaching her dark magic. Developers announce that Morrigan will play a very important part in the Inquisition's plot. 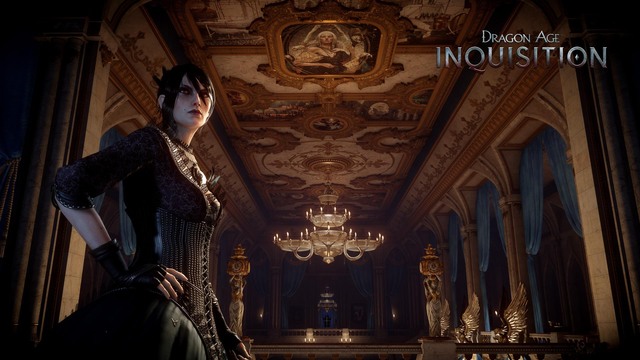 Morrigan will make a big comeback in Inquisition. Will players like her new role?

Leliana - a bard skilled in archery and sneaking. She is also an old friend from the Grey Warden's team. After the events from the first Dragon Age game, she remains a servant of Devine Justinia, offering her talents as a killer to fight the enemies of the Chantry. Like Cassandra, she joins the Inquisition to restore the order in the world, but unlike her, she is not a member of the Inquisitor's team. Instead, she leads the espionage of our organization and performs assassinations.

Of course, these are not all the characters that will play an important role in the events of the game, but as for now, we do not possess any further info about them. We can only suppose that we should meet characters from both previous parts again, in Inquisition, as well as people like Alistair or Flemeth.

Cullen - a Templar; our old friend, who showed up in Dragon Age: Origins (in the tower of the Circle), as well as in Dragon Age II (Knight-Captain commanded by Knight-Commander Meredith). After the bloody events in Kirkwall, he is recruited to the Inquisition by Cassandra and becomes a military advisor of the Inquisitor, leading the armed part of the his forces. Cullen is a practical and direct man, which makes his suggestions often very different than those of the rest of the advisors. Despite him showing up in the previous games, it is only in Inquisition where we will have the chance to know him better, which also means that he is a potential romance option for a female hero.

Josephine Montilyet - the third and the last advisor of the Inquisitor and one of the least militant characters in the organization. She comes from Antiva and serves as a diplomat. She is also the ambassador of the Inquisition, so her task is to constantly negotiate and represent the organization in talking to various important persons, as well as expanding the influence of the group. Josephine is a calm person, believing in the power of the word (either spoken or written) and doesn't really support military actions.

Of course, these are not all of the characters that will play an important role in the game, but for this moment, we do not possess any further information. We can only assume that among our old friends that appear in Inquisition, we will also meet the heroes from both previous parts, as well as character like Alistair or Flemeth.