This page of the guide to Dragon Ball: Z Kakarot has a walkthrough for the following missions: Majin Buu's Revival, Vegeta's Pride, Planning the Next Move, The Legendary Z-Sword, Buying Time, Land of the Kais. 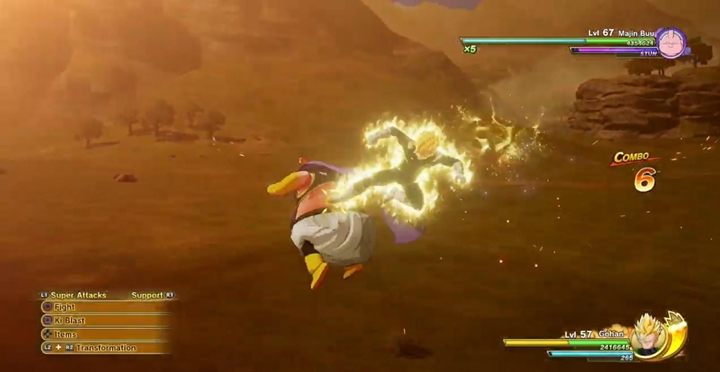 Majin Buu has been resurrected - Gohan challenges the monster. Buu (level 67) is a really difficult enemy who loves long-range attacks. Fight as a Super Saiyan 2, use boost and focus on melee attacks to deplete a lot of Buu's health. Dodge his energy balls and counterattack with your Ki attacks. 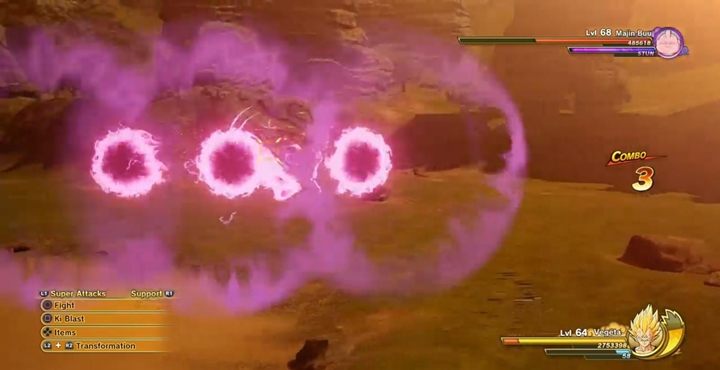 You go back to Vegeta. Fly to Majin Buu face the enemy (level 68). Buu will fight the same way as before. However, he will be even more aggressive and will use more projectiles. Fight as a Super Saiyan 2, focus on melee attacks and use Bing Bang Attack a lot.

DBZ Kakarot - Planning the Next Move 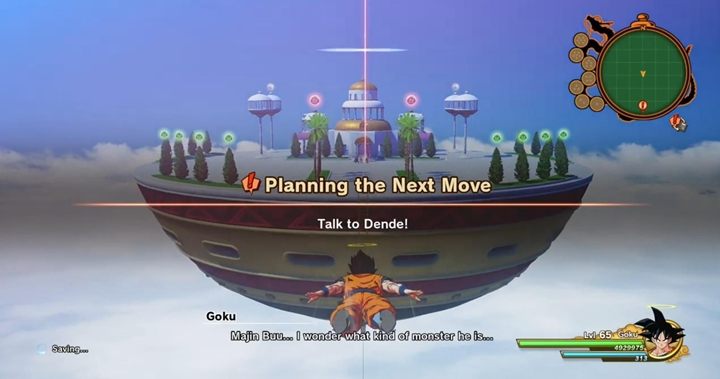 Talk to Piccolo and the rest of the team about the situation. 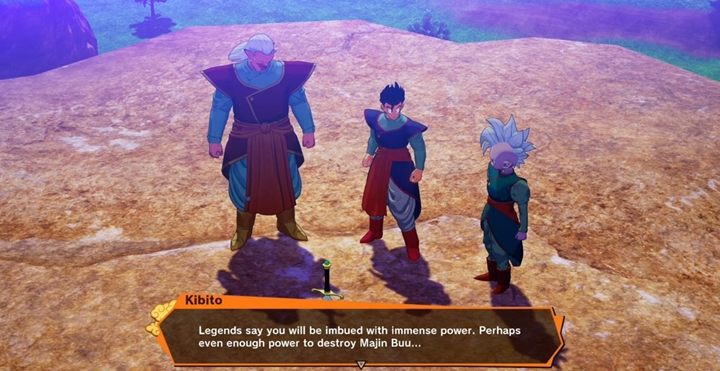 Gohan gets the Legendary Z-Sword - it is said that this weapon gives its owner an unsurpassed power. 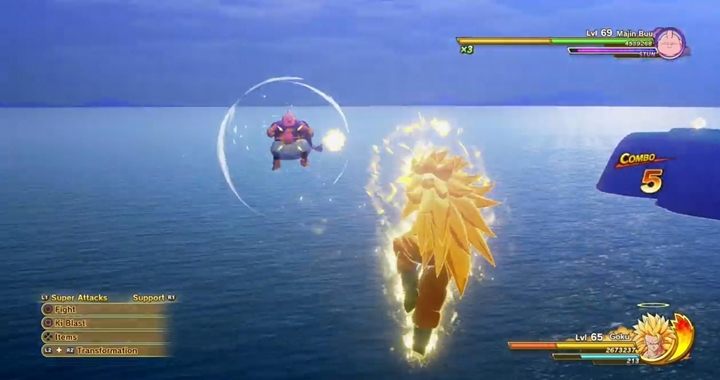 As Goku, fly to meet Buu (level 69). The enemy fights the same way as before. Goku introduces the Super Saiyan 3 transformation for the first time - this form makes him even more powerful. You have a special boost - you will deal with the enemy without any problems. The only thing you should be aware of are Buu's powerful Ki attacks.

DBZ Kakarot - Land of the Kais 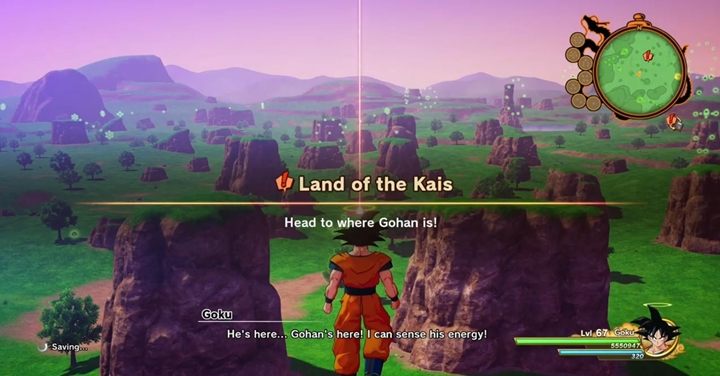 Fly to Gohan and check how he is doing. This will end the episode.