This page of the guide to Dragon Ball Z: Kakarot describes main missions. Below you will find a walkthrough for the following missions: For the Future, A Frustrated Vegeta, Driver's License Lunacy, War at the Door, The Training Room's Open!.

DBZ Kakarot - For the Future 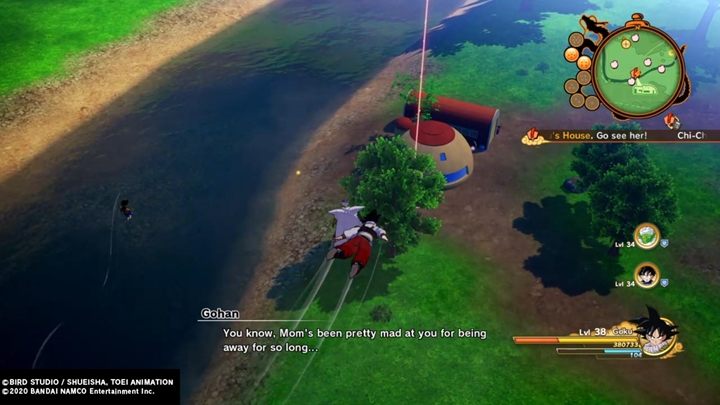 Watch the cut-scene. Fly to Goku's house and talk to Chi-Chi. Then fly to Kami's Lookout and talk to him. Go down the floor below to Korin's tower, and you will be asked to collect the ingredients needed to create Senzu Beans. You will find materials in the area below - defeat lesser enemies. Go back to Korin and you will get his Soul Emblem. 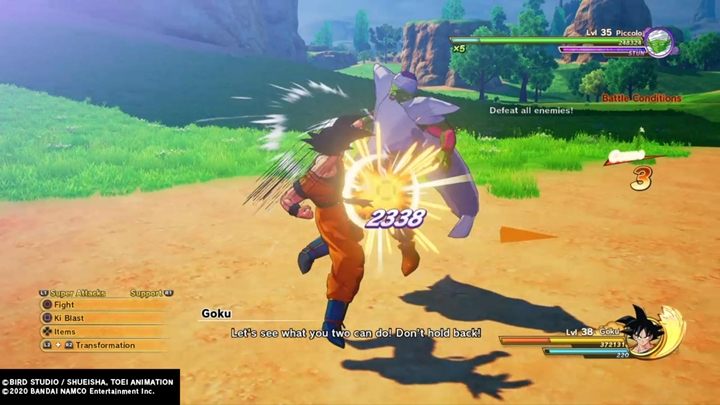 Now go to the meeting with Piccolo and Gohan. You must defeat them both. They have the same attacks as before. It is best to first focus on the weaker Piccolo (lvl 35) and attack him while transformed into a Super Saiyan. Gohan (lvl 36) will, e.g. shoot a lot of projectiles so block them at the right moment. 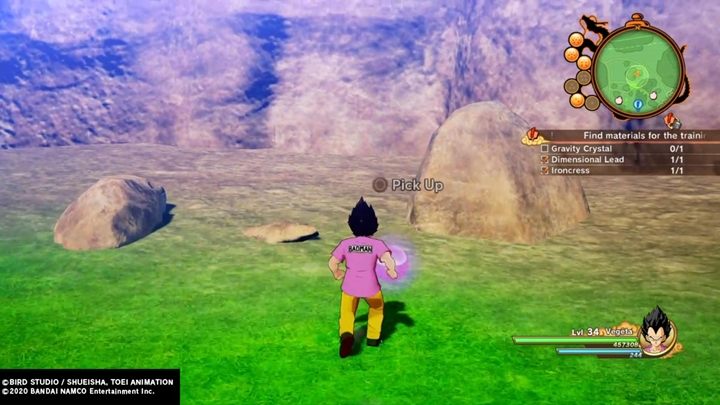 Vegeta can't accept that Goku and the mysterious young man from the future have reached Super Saiyan before he did. Talk to Bulma's father - he sends you to collect materials needed to create a special training room. Along the way, you will, e.g. with weak enemies. 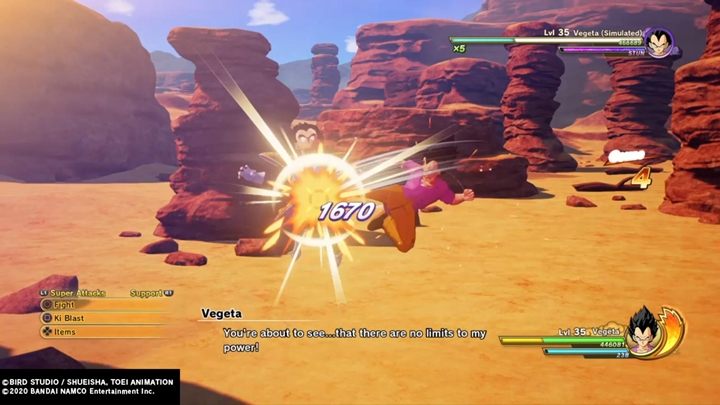 Deliver the materials to Bulma's father, and you will start a battle simulation - your opponent is another Vegeta (level 35). The enemy has the same attacks as you do. However, he fights really effectively and combines attacks into combinations. An easy way to counter him is, e.g. to avoid his Galick Gun or simply block his melee attacks. 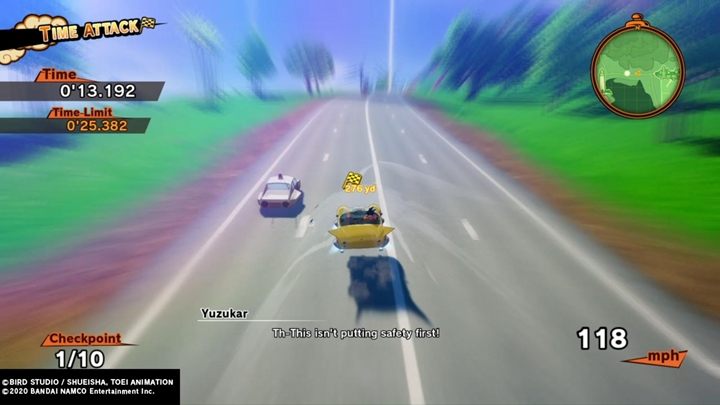 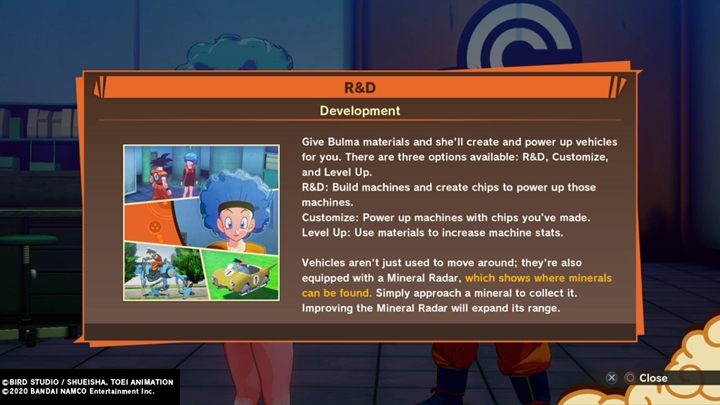 Time for a break from fighting. Goku signed up for a driver's license course! Your objective is to drive a car. You need to get to the next points on the route within the time limit - this shouldn't be particularly difficult. After that, Goku will go to Bulma. You learn that from now on you can create special machines.

DBZ Kakarot - War at the Door 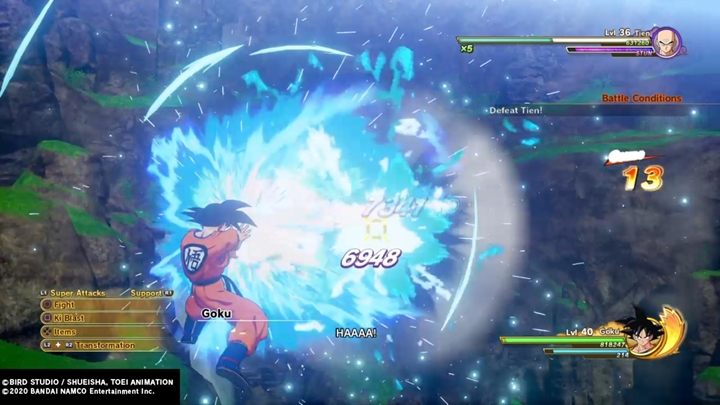 Go to Kame House. Talk to Launch and fly to the specified location. Fight with Tien (level 36) - this battle should be very easy due to the fact that Goku has a much higher level. Go back to Launch and tell her about the meeting with Tien. 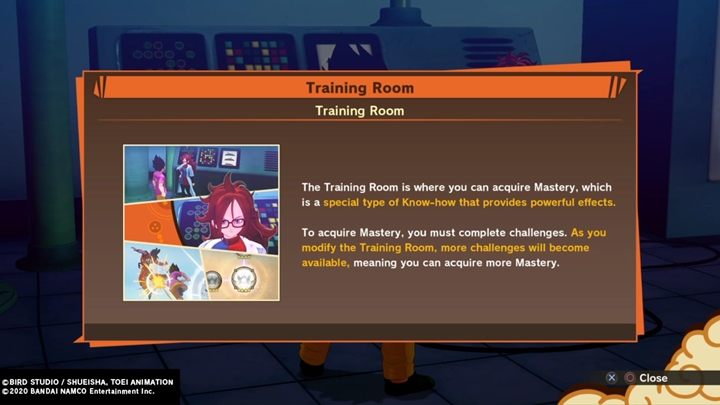 Dr. Brief has built a special training room. With it, you can further strengthen your characters. As Goku, fly to Piccolo and Gohan, and you will be moved 3 years into the future - to the moment of the Androids' arrival.