This chapter of the guide to Dragon Ball Z: Kakarot has a walkthrough for the following missions: Awakened Anger, The Legendary Super Saiyan, Intermission. 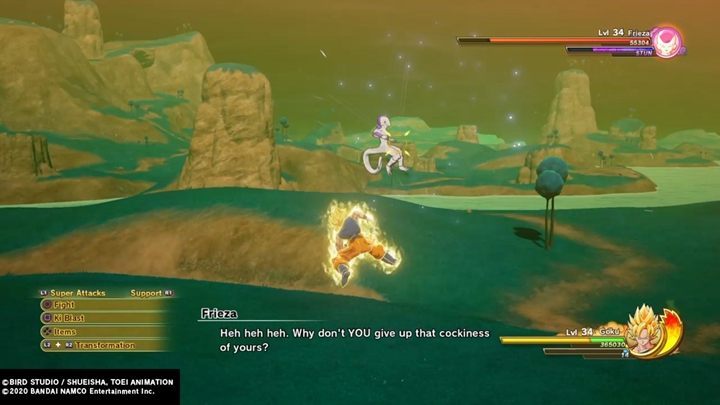 Watch the long cut-scene to resume the fight with Frieza (level 34). Goku has reached the legendary Super Saiyan level, which greatly strengthens the hero. Your energy bar is fully charged so use special attacks and shorten the distance by using fast teleportations. The opponent will try to attack you, but you have a significant advantage - focus on an aggressive playstyle. You will defeat Frieza rather fast - time for the final clash. 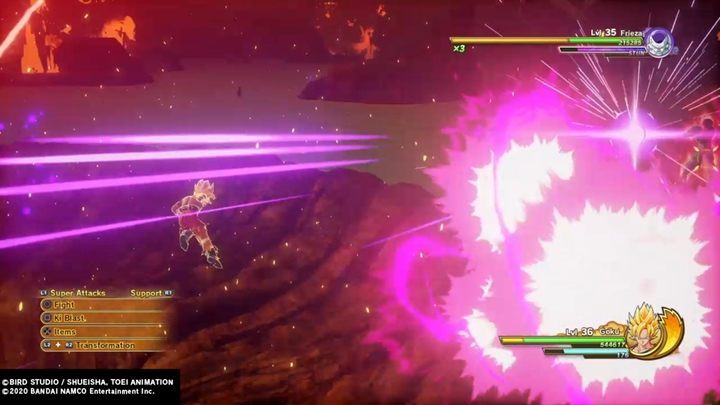 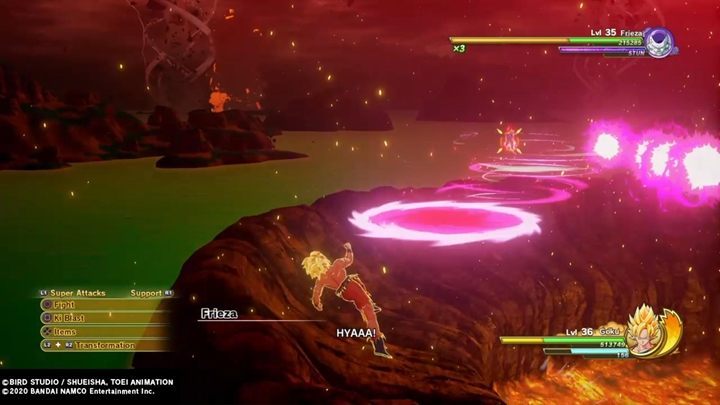 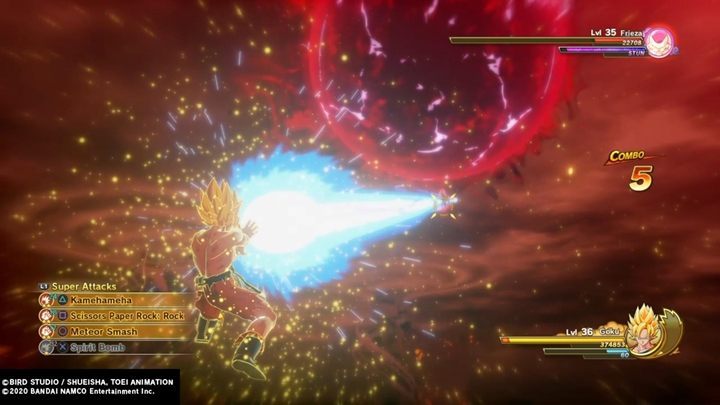 Time for the final fight with Frieza (level 35) - he has reached 100% of his power. The opponent fights in the same way as before, although he "learned" a few new moves. You have to avoid a lot of beams (keep pressing the dodge button), dodge cutting disks and interrupt his move that charges a large energy ball. Goku, however, is stronger - you shouldn't have problems with defeating Frieza. The Namek Saga is complete - time for another Intermission.