This chapter of the DBZ: Kakarot guide contains walkthroughs for the following missions: Deathmatch Approaching and The Longest Three Hours. The time of the Saiyan invasion has come! 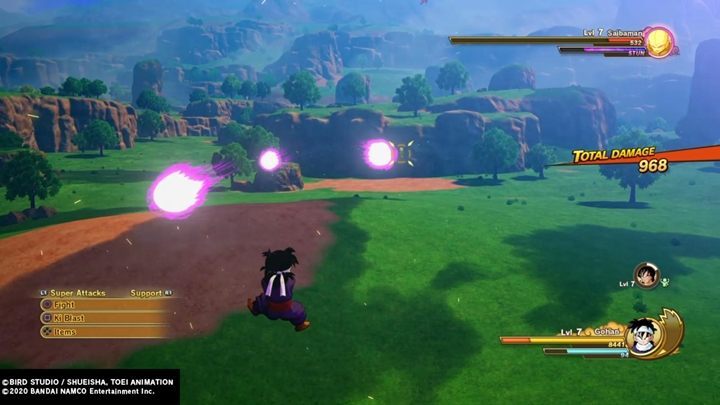 Meet with Piccolo. Soon, Tien, Yamcha, Krillin, and Chiaotzu will join you. As a warm-up, you have to fight with a group of Saibamen. The enemies are at level 7. They are very weak. On top of that, you are accompanied by Yamcha so you shouldn't have any problems defeating them. 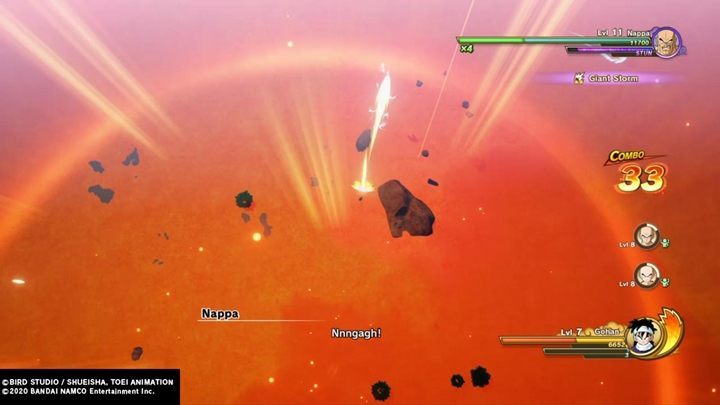 Yamcha is dead - you have to face Nappa. You will be accompanied by Tien and Krillin. Nappa is at level 11 and is very strong. However, his moves are slow. Try to counter him with steps and attack when he is open. When the enemy uses his powerful area of effect attack, keep dodging to the side until you get out of its range. Watch the cut-scene during which Tien and Chiaotzu die. 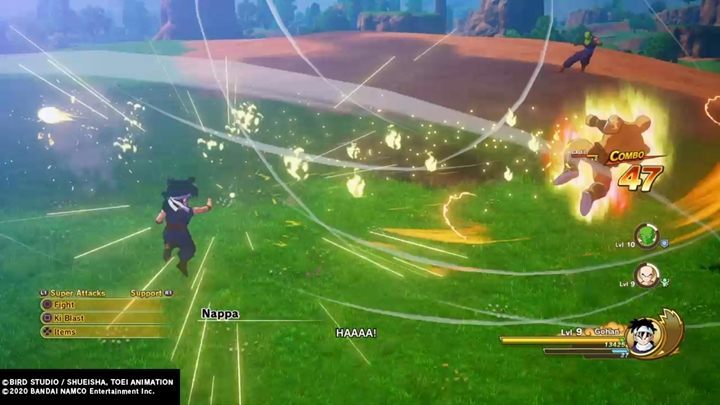 You can take a short break from fighting. If you want, you can grind a little to level up Gohan. Talk to Krillin and Piccolo, and you will start another fight with Nappa. The enemy is at level 13. He fights the same way as before, but the difference here is that he will enter the rage mode during specific moments. This makes him very aggressive - Nappa will charge at you and perform strong combos. It is best to wait out the attack by dodging or blocking. Also get out of the range of his Ki attacks.

In the end, the enemy will be defeated - you will see the cut-scene in which Piccolo protects Gohan with his body.