This page of the Doom Eternal guide is dedicated to the final boss fight - Icon of Sin. 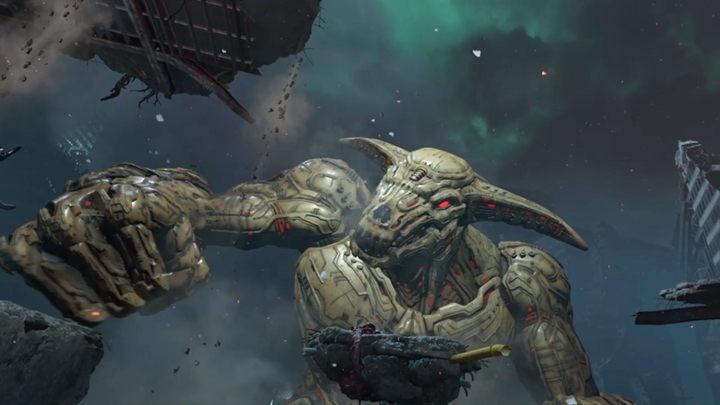 Icon of Sin is a titan who wants to destroy Earth. This boss is big and slow but has a few menacing attacks, e.g. fist attacks, breathing fire, and powerful ranged attacks. Even worse, there are be plenty of enemies on the arena - you will have to fight various creatures. Fortunately, to make things even a bit, you will find various buffs BFG 9000 ammo, Crucible charges, and medkit/ammunition drops. 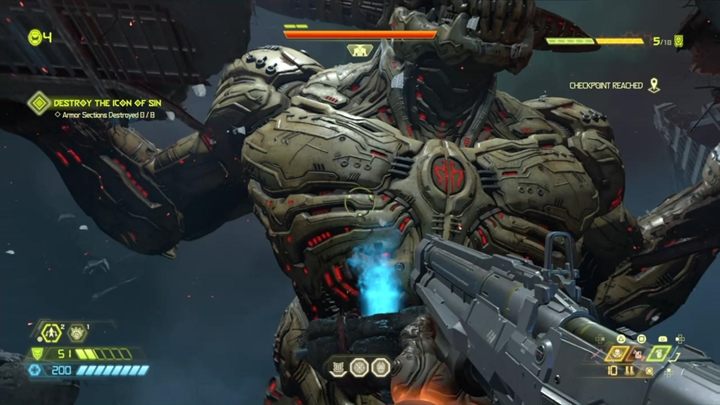 The enemy was divided into 8 areas on a large body, which are covered by a thick layer of armor. You have to shoot at various points on its body (head, hands, torso, abdomen, shoulders) to destroy the armor. Shooting at exposed points does nothing - you have to shoot down armor from all body parts first. You will also have to fight the lesser demons. 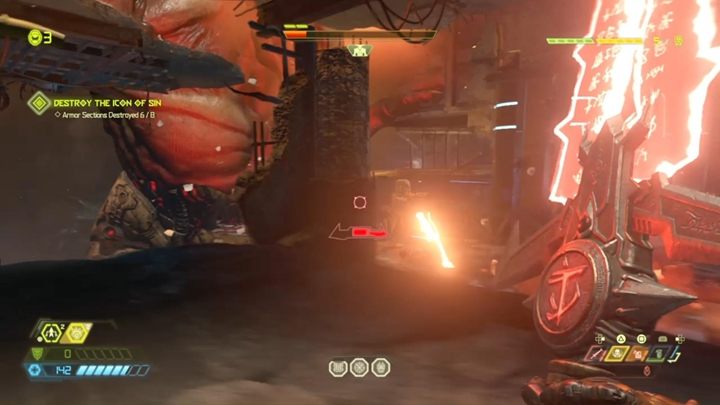 The most important thing is to maintain mobility. There are a lot of portals and buffs on the arena - you have to run around the map, collect everything and destroy demons. You also have to shoot at the boss, especially with the charged Ballista which is an ideal and precise weapon for this battle. The chaingun also works well. Leave BFG for stronger demons. Use the Crucible - you will find plenty of charges here. 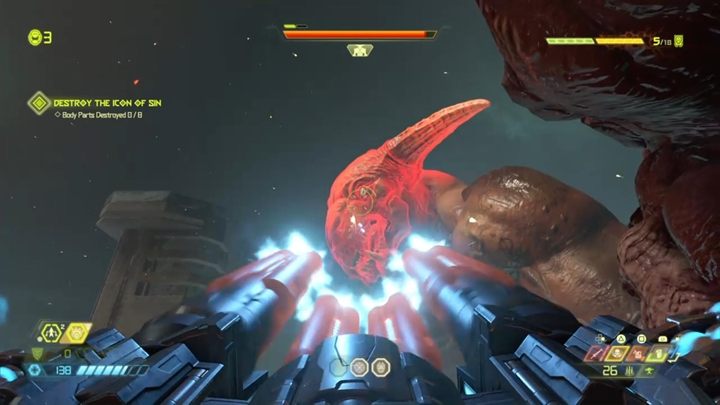 Once you destroy the 8 armored points on the beast's body, you will start the second phase. It looks the same as before, except you have to destroy the boss's body parts. There will be even more monsters on the arena - it is a very intense, long and tiring fight. 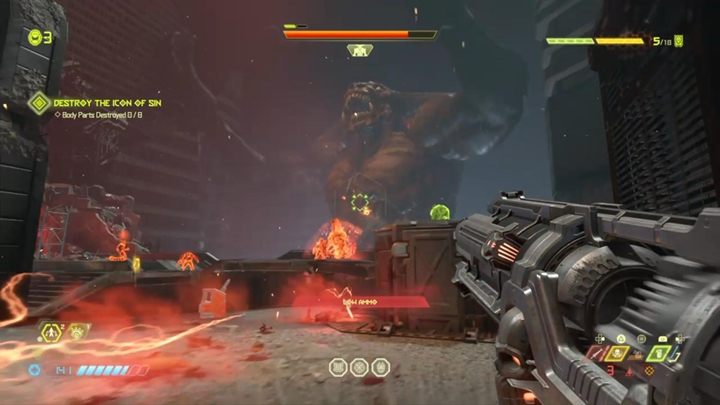 Destroy the points on the boss's body, kill monsters, and be mobile. Make sure you have a large supply of health and armor. Save the Ballista and the Chaingun for the boss. Use the BFG and the rest of the weapons to kill the demons. 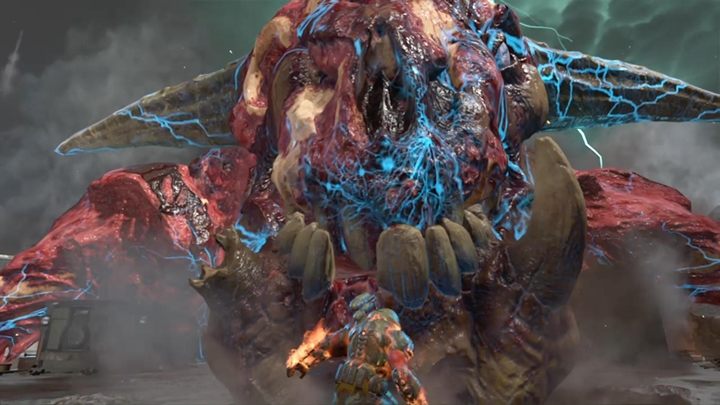 After a long struggle, the boss will finally die. Congratulations! You saved Earth from the demon invasion... at least for now.