The game guide to Doom Eternal contains a comprehensive set of information about the latest video game developed by id Software. In our guide, we have prepared all necessary information that may help you successfully complete the game and learn the secrets of the world dominated by hellish demons.

Currently, our guidebook contains information derived from pre-release materials and promotional content. For now, our guide contains a few chapters, in which we have described the Battlemode and provided a general overview of the upcoming gameplay.

When the full version of Doom Eternal is released, the guide will be updated and expanded with additional sections. After the game's release, we will add a complete walkthrough of all chapters and levels. Also, we will add special maps with marked locations of all secrets and collectibles available in new title of id Software.

This guide, in its current form, is purely based on press release content provided by game designers and official game distributors. All presented content is subject to change.

Doom Eternal in a nutshell

Doom Eternal is another part of the legendary FPS series, which was originally created in 1993. The title is a direct follow-up of 2016's Doom. During the game, you will once again play as Doom Slayer and fight against the forces of hell that have conquered the Earth and other corners of the Solar System.

The gameplay mechanics has not changed significantly in comparison to the previous installments of the franchise. Once again, we're dealing with a fast-paced action-packed first person shooter. Doom Eternal offers some new mobility skills and different kinds of accessories that can be mounted on weapons.

On which platforms will Doom Eternal be available?

On the day of its release, Doom Eternal will be available on PCs (also on Steam platform), Xbox One and PlayStation 4. The Nintendo Switch version will be released at a later date. 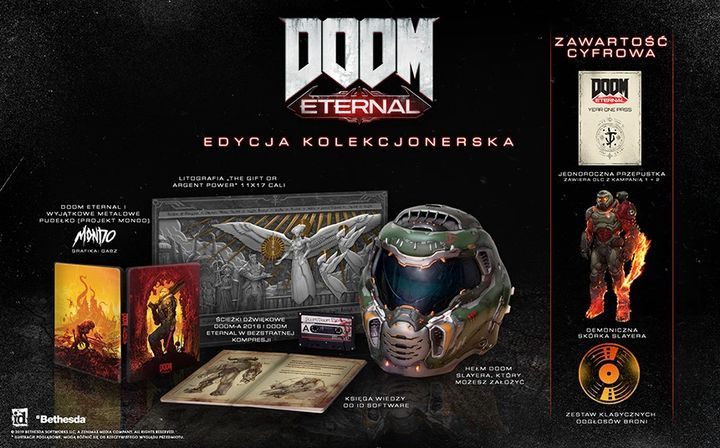 Doom Eternal can be purchased in a special Collector's Edition. In this edition, in addition to the game, you will find a steelbook, a full-size replica of Doom Slayer's helmet, a cassette tape with soundtracks from 2016's Doom and Doom Eternal games (also available for download in digital version), an artbook entitled Doom Lore Book and a lithography of The Gift of Argent Power.

The Collector's Edition also includes digital add-ons, such as classic weapon sounds, Demonic Slayer skins, and a one-year pass providing access to two expansion sets which will extend the story campaign. The whole thing can be purchased in stores for approx. $299.

This is upcoming Game Guide and Walkthrough for Doom Eternal Video Game.

We are working on it now. We want to publish this Game Guide close to Doom Eternal Release Date. 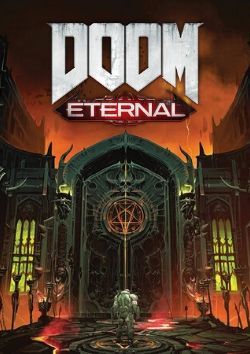 A full-fledged sequel to the 2016's Doom - a well-received reboot of the famous FPS game series. During their adventure, the players have to descend to hell and face new types of opponents using a wide variety of deadly weaponry.

Doom Eternal is a classic first-person shooter and a direct sequel to the 2016's Doom  a well-received reboot of the legendary FPS game series started back in 1993. The game was developed by the seasoned developers at id Software. On their adventure, players can travel between dimensions to eventually visit hell itself and face hundreds of demons having a wide variety of deadly weapons at their disposal. Doom Eternal was announced during Bethesda's conference at E3 2018.