This page of our guide to Doom Eternal contains a detailed walkthrough of Nekravol mission.

Our campaign walkthrough only shows you how to complete the mission. Information about the secrets and collectibles are in a separate chapter of our guide.

The following list contains challenges available in the Nekravol mission: 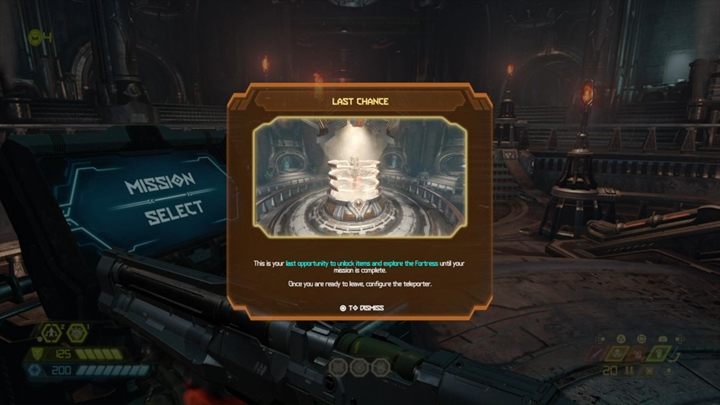 Before starting the mission, you will be informed that you are entering the game's finale - this is a good opportunity to do other activities. Don't worry - you can go back to the ship after the game is over and still e.g. get all the collectibles and secrets. The game's finale takes about 3-4 hours -it takes place on several maps and has a few boss fights.

Break into the Soul Factory 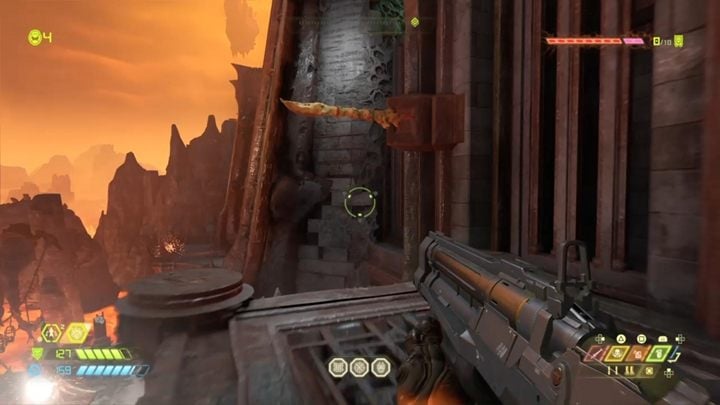 Start the mission and kill the demons. Kill your opponents, then jump on the fire trap, wait for the right moment and jump towards the climbing wall. Go through a hole in the wall and face more enemies. 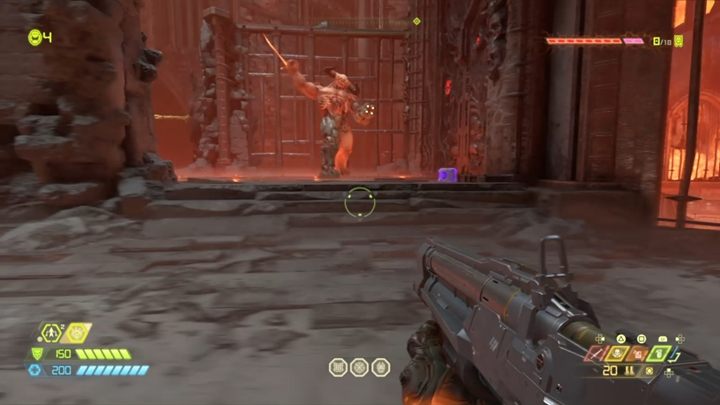 Continue your journey and you will encounter a new, powerful enemy - Tyrant. They are massive and very dangerous demons that can deal massive damage. However, they are slow which makes them easy to outmaneuver. They can also be killed with the Crucible. After the fight, jump down a big hole and use the switch. Deal with the demons. 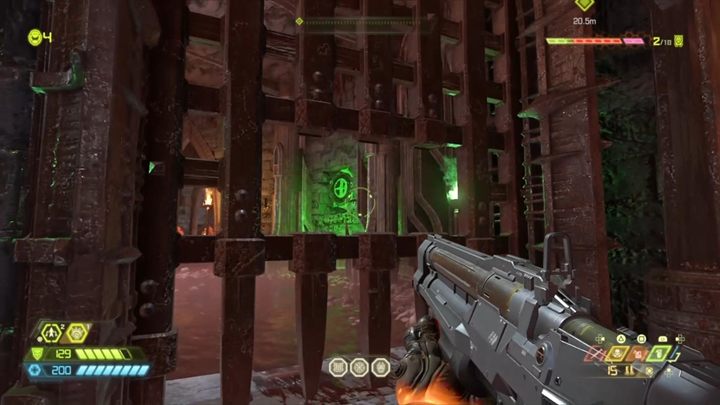 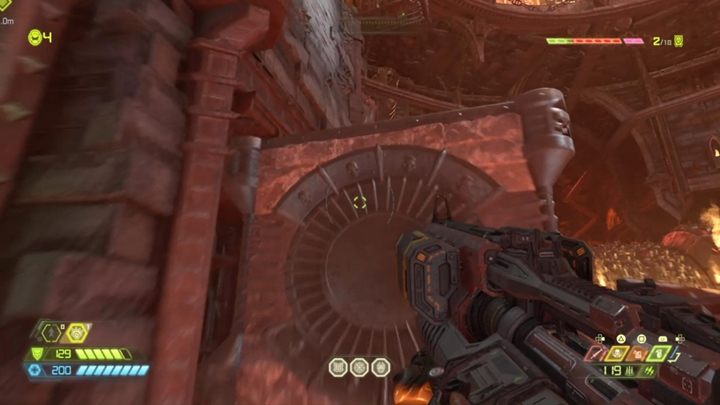 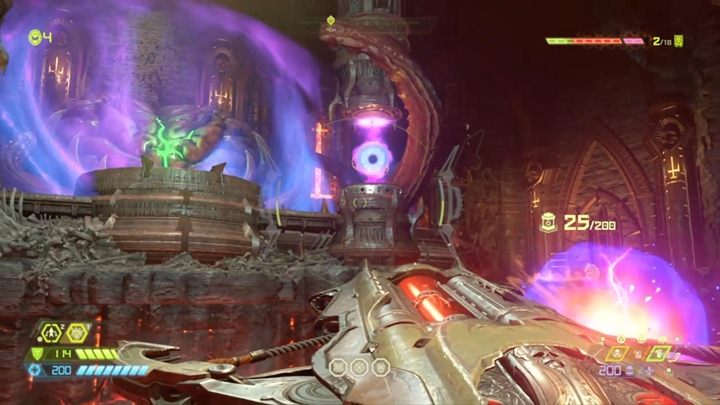 You have to defeat a mini-boss. You have to jump on platforms and avoid the projectiles shot from the eyes. The enemy will fire slow energy beams that you must avoid. What's more, the platforms you are standing on are going to sink - you have to be on the move at all times. Your goal is to destroy 4 eyes. The Ballista, with its precision and attack power, works best for this task. The mini-boss is accompanied by lesser demons, including gargoyles - kill them to replenish your health and ammo supplies. When you destroy the eyes, go to the brain and destroy it. This will reveal a jump pad.

Going through the traps 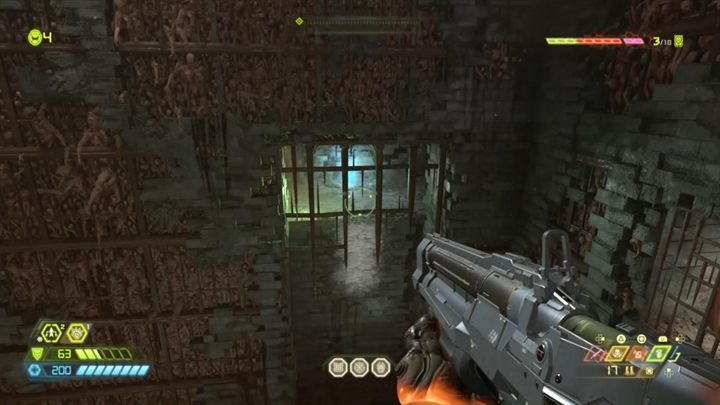 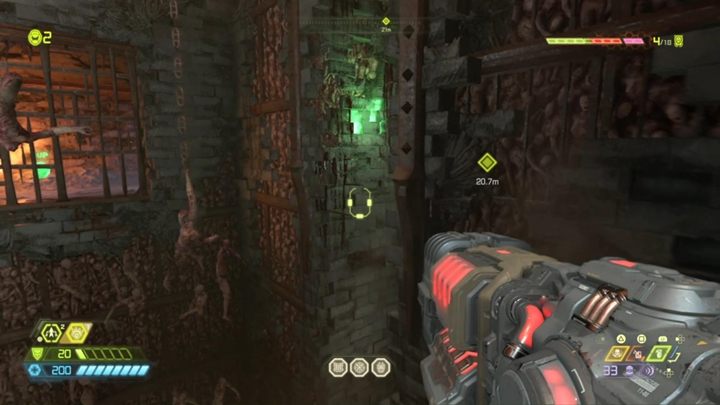 Continue moving forward, through corridors with traps that you can use to fight demons. Eventually, you will reach the gap. You have to make a few jumps to proceed. First, try to grab onto the opposite wall and defeat the demons. When the gate opens, jump to the next wall where the marker shows. 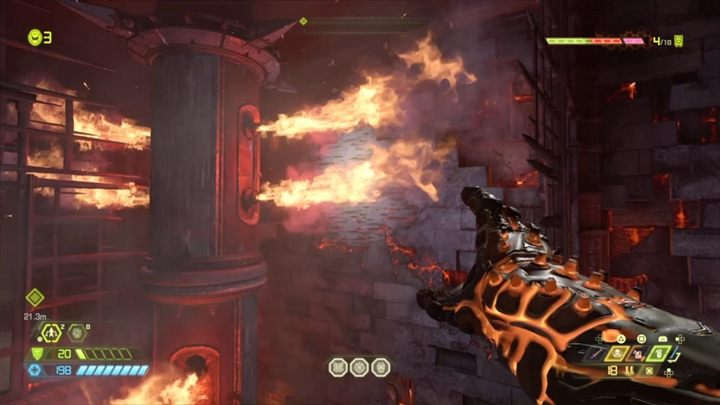 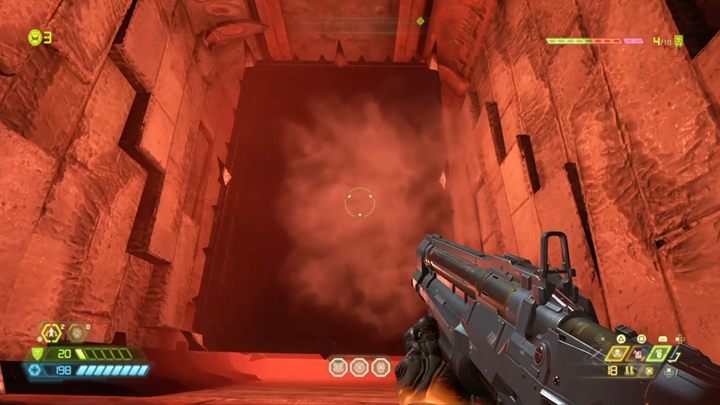 Climb upstairs and continue down the hallways, fighting and climbing the walls. Then jump to the top of the cage to move up. Pass the crushers, and you will find yourself in a chamber with a totem and a bunch of demons. 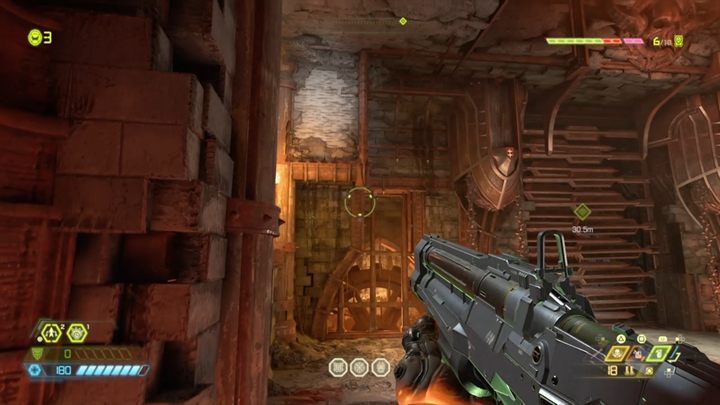 Now jump on the cage and jump from it to the wall. You will find the first gate switch. 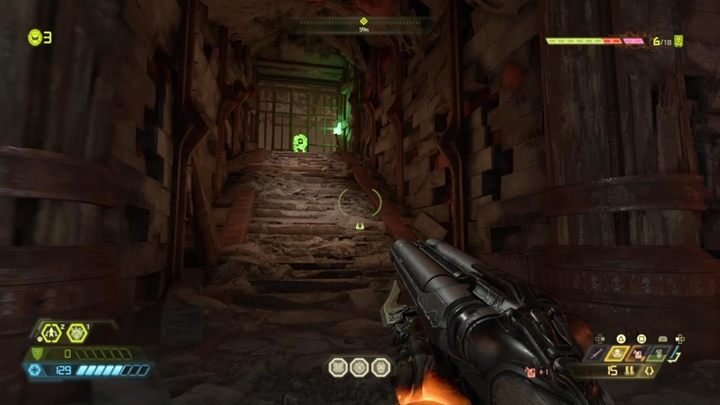 To reach the other, go through the crusher corridor again and walk into the newly revealed passage. You will have to fight a Marauder. Interact with the second gate switch. Move on, and you will get ammunition for the BFG - this means that you are about to fight hordes of demons. 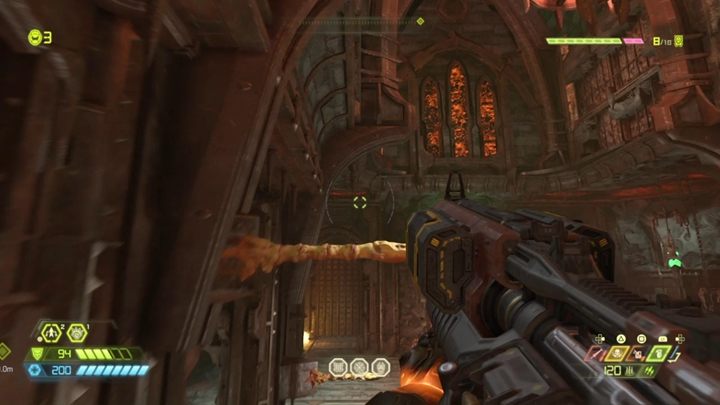 After the fight, you have to use the bars to jump to the next level and get out of the chamber. Pass the crush traps and flames, then hit the statue to reveal a passage in the floor. 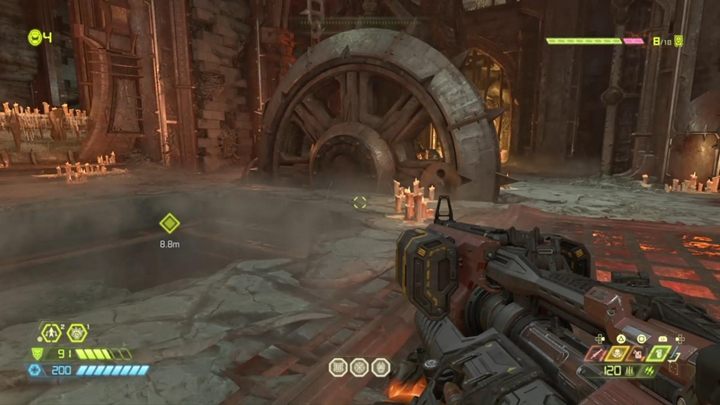 Jump down to complete the mission. Nekravol - Part 2 will start immediately.