This page of our guide to Doom Eternal is a continuation of the walkthrough of Sentinel Prime mission. We have prepared a detailed description of this boss fight (Gladiator). 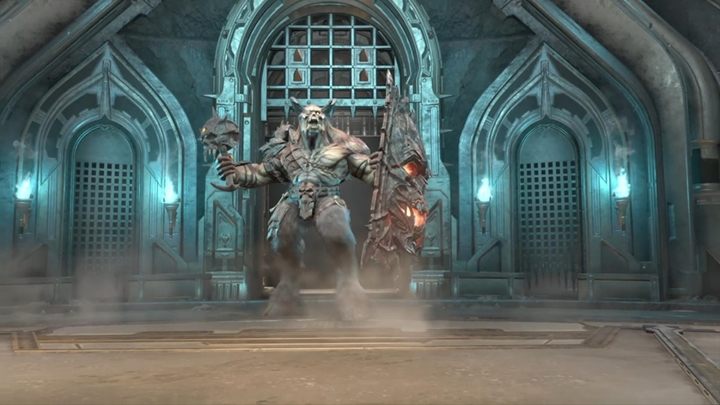 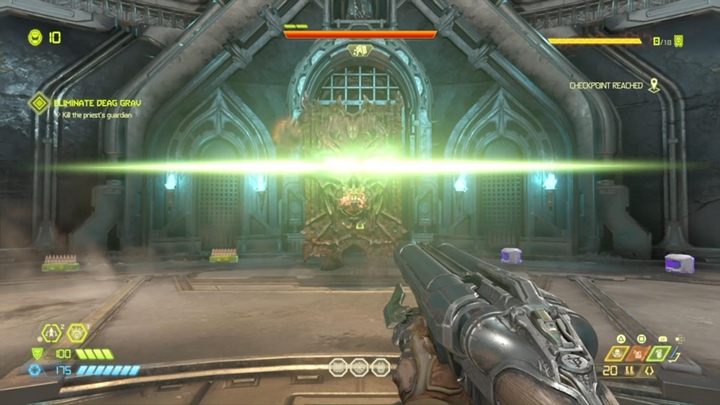 The boss battle is divided into two phases. In the first phase, your opponent hides behind a large shield and is immune to attacks. However, from time to time, his shield flashes with green light, signaling that in a second the enemy will attack. Then you can shoot him, which will stun him for a while. After that, approach the boss and perform a glory kill on him (in this case a hit) that will hurt him.

In addition to the boss, there will also be some weaker enemies in the arena which can provide you with health and ammo. Focus your attacks on the boss, stun him and watch out for his attacks. This phase of the fight is quite easy and you should manage without major problems. Just watch out for the moment when the boss strikes the tentacle against his shield - it's a sign that you have to make a dash to the side or jump away. 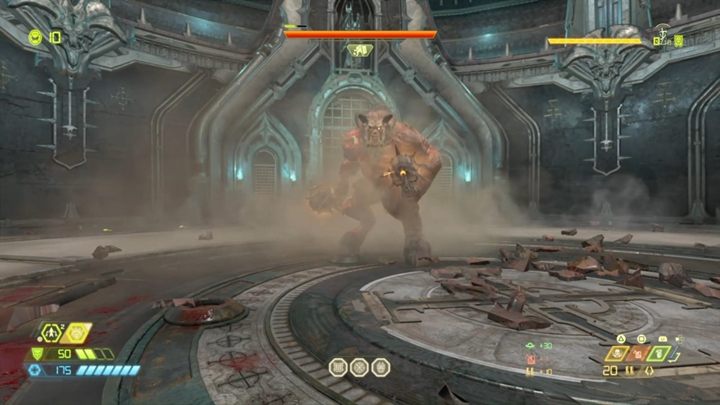 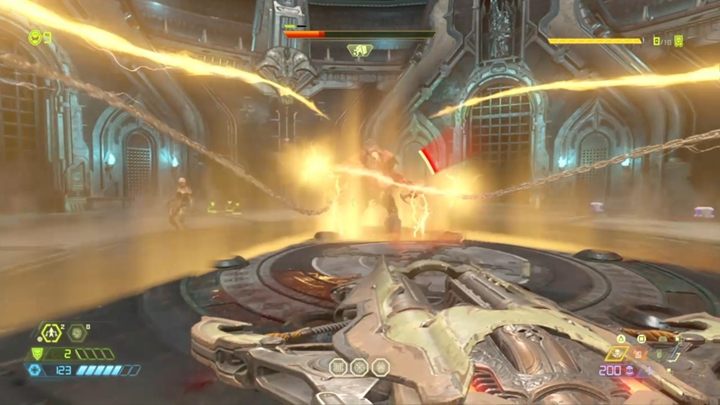 After you get rid of his first health bar, the boss will lose his shield and take out a second tentacle. This boss variant is much faster and more aggressive, but the fighting formula remains the same. You have to look out for the moment until the boss's eyes become green and then launch an attack to stun him. Your enemy will also be vulnerable when he performs his attacks - just watch out for the moment when he creates a spinning shield (reflects shots and bullets) and electrical discharges, which you have to avoid by jumping.

In this phase you must be mobile, avoid attacks and shoot at the enemy whenever you can. Don't attack the enemy only when he uses a spinning shield. Use weaker opponents to heal your hero. Also try to keep a great distance to avoid boss attacks more easily.

After the fight, you can watch a cutscene and end this mission. Then, you will move to the Fortress of Doom.