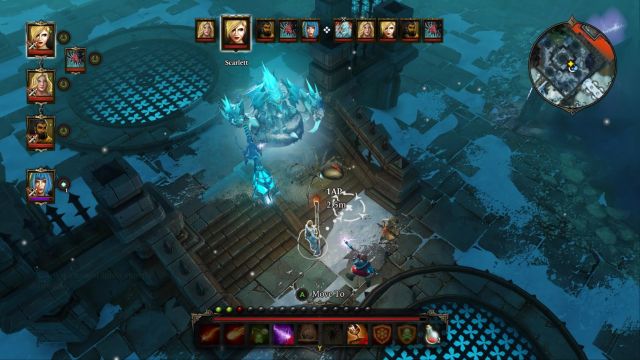 Block the passage on the stairs - this way the enemy won't be able to reach your vulnerable characters.

The encounter with King Boreas is without a doubt the most original, as well as the longest fight in the entire game. The battle starts quite typically, as the boss will be the only enemy, but he will be able to change the scenery of the battlefield, as well as summon a number of creatures each few rounds.

The change of scenery means that each 3 rounds the boss will cast a spell, that will change the battlefield, covering it in one of the elements - fire (the floor will be burning), ice (the floor will be frozen), earth (poison will erupt from the ground) and air (electrical discharges will appear everywhere). It means, that each 3 rounds your whole team will receive damage from a different element, which makes preparing for the encounter a difficult process. To make matters worse, each time the scenery is changed, a number of elementals will be summoned as well. 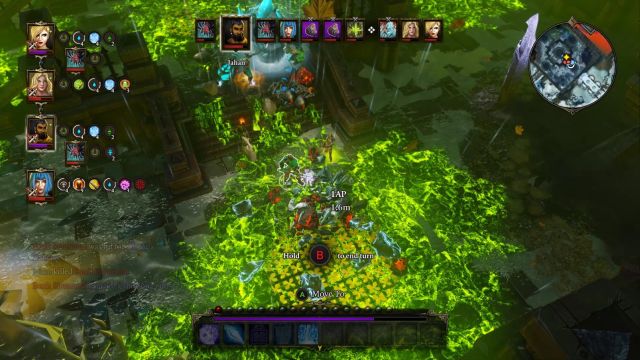 The boss will constantly change the scenery of the battlefield.

Start off by sending forward (on the stairs) your warrior, and placing the rest of your team slightly behind him. As soon as the encounter begins, block the passageway with your own summons, so that the boss won't be able to reach the rest of your team. Your main task is to attack the boss all the time, but you will have to eliminate the monsters summoned by him each time the scenery changes - when that happens, every monster that you weren't able to defeat will remain on the battlefield. It means, that after a number of rounds the fight may change from 4 versus 1 to 4 versus 10, or more.

To get rid of the elementals, use the element that they are most vulnerable to - fire ones should be attacked with water, water-type should be dealt with the use of air and so on. If you are unable to get rid of a certain elemental, because of the lack of the element to counter it, it's worth to use the Banish Summon spell, which destroys a single summon. Remember to use that spell with care - it has a very long cooldown time, and you probably won't be able to use it a second time. You can also use scrolls containing that very spell. 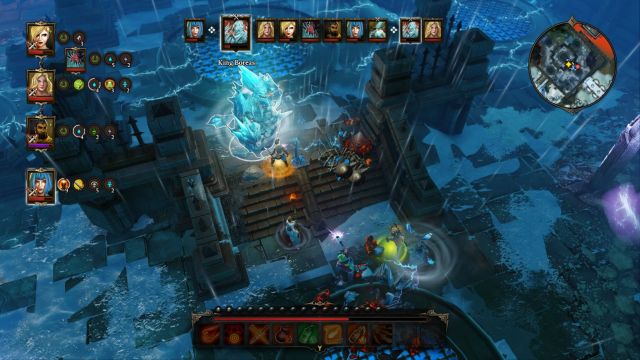 Eliminate the elementals all the time - if not, you will have to fight 10 or more enemies after a couple of rounds.

If the battlefield is covered in the element that your party is vulnerable to (like poison), use the Tornado spell to get rid of the harmful effect for a couple of rounds. If you are able to keep the attention of the boss on your warrior and / or summoned creatures, and you keep up with eliminating the enemy summons, you the whole encounter shouldn't be all that difficult and should soon be over.