This guide includes the walkthrough for, both, the main and side quests available in Divinity: Original Sin, along with numerous illustrations that present the individual stages of the game. What can be found here are author's suggestion's concerning completion of the individual quests. Also, this guide includes hints on the general combat mechanics which concern the individual aspects of the gameplay. Apart from that, the guide lists abilities and talents available in the game, along with their descriptions, which will aid you in the process of selection of these. An important element of the guide is the description of the spell combination process, including the lists of the useful combinations discovered by the author himself. Divinity: Original Sin is a classical RPG game, developed by the Larian studio, presented in the top-down view. The exploration of the world, full of magic and monsters, is conducted in the real time however, after a fight starts, the game turns into turn-based, where you can analyze both your chances and the battlefield. The world that you are going to visit is full of objects that you can interact with. What spices this game up is the co-op mode, thanks to which you can invite a friend to take control of one of the characters. Such a character is an independent one and they can even travel the world on their own, without bothering about the other player. The game comes complete with the relationships with the other characters, through their conversations, which take place pretty often while exploring the world, and even with NPCs. Under the description of an individual quest, there is a table that includes the reward that you receive. Experience is the sum of any experience points awarded by the game at each instance of journal update.

This guide has been drawn up for the Beta v1.0.239.0 version and it only includes those of the quests that can be completed. 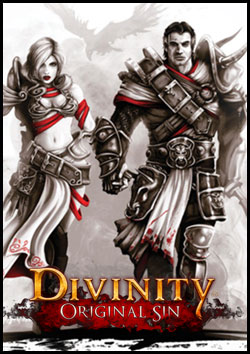 Divinity: Original Sin is the prequel to the 2002 series of RPGs by the Larian studio. The Belgians decided to reach for the classic solution: the gameplay is shown in an isometric view, while combat is turn-based.
The game is set before the events of Divine Divinity, allowing the players to more fully fathom the mythology of the cycle, and meet many old friends again, such as magicial Arhu, beloved by fans, before he was turned into a cat. Original Sin also prepares the ground for the third (in terms of numbers) game in the series, expanding on the unresolved themes from the previous games.
In the game we assume the role of two young hunters who must explore the secrets of forbidden magic and counteract its effects. They both soon discover that they share a kind of inexplicable bond that makes them exceptional and destined for something bigger.
In single player mode you can manage a team of up to four people, consisting of the above-mentioned heroes and the other two, joining the party as mercenaries. Divinity: Original Sin also offers a cooperative mode for two players. The game has a special system of group conversations between the members of the party with a particular emphasis on the two main characters. When we play alone, our companion diversifies the gameplay by interesting dialogues, reminiscent of BioWare’s productions (e.g. the Baldur's Gate series). In contrast, his importance grows up in co-op, where the players control the two protagonists and may equally decide the fate of the company, even if they totally disagree with each other. They have their says until the end of the dialogue when one of them is given the final decision at random.
Full cooperation is advised in combat, because a lot of skills (especially magical) can be combined into powerful combinations that make it much easier to win a fight. It is most beneficiary to lead the character development in such a way, so that the team could, for example, bring rain on an area, and then freeze or shock freshly wetted opponents.
During combat, we can use the elements of the environment. Everything we would pick up in real life, we can pick up in the game. Extensive interaction with objects is used not only for combat purposes, but also to solve puzzles and create new objects.