To get near the gate leading to the Source Temple, you will have to solve a rather easy, but kind of annoying puzzle. Both gates leading to the entrance to the Source Temple are marked with four symbols, representing the elements - water, fire, air and earth. You have to activate four pressure plates scattered around the temple, so that each of the symbols is highlighted, which in turn opens the gate.

Below you will find detailed description on how to activate each one of the symbols - the order is not important, but it is advised to activate the pressure plates in this sequence, as it will be easier to navigate.

Note - points on the map mentioned in this chapter refer to the map, which can be found in the "Dark Forest - Maps" chapter.

Prepare a heavy item before you start your search (you can collect several boxes as well), because you will need it to get rid of a trap. 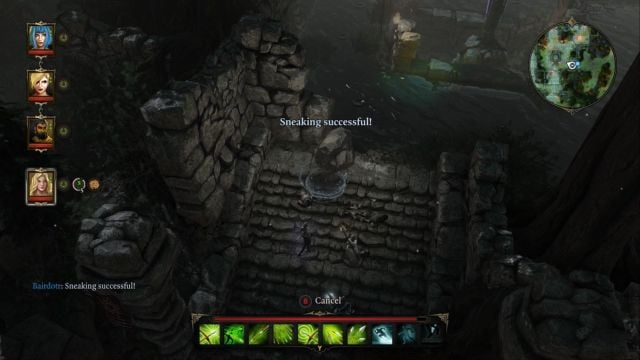 You can either use the invisibility spell (or ability giving the same effect), or stealth to get to the button.

Teleport to the Dark Forest - Swamp waypoint. Head north, and turn left on the crossroads. The area is guarded by two Sentinels, and there are two ways to get past them - you can either teleport them away, to deactivate the trap, or (which is a lot simpler) use a character with the invisibility spell (or with high enough stealth) to get past it.

It's best to use a character with a lot of Perception (like a ranger, or a rogue, which can move in stealth as well), because there's a lot of traps hidden in the oil, which will explode, igniting the surface. You don't have to disarm them - just don't step on any of it. 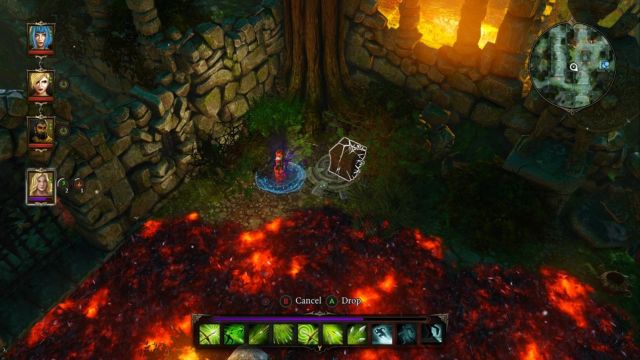 Here's the pressure plate, which opens the passage to the Earth button.

Sneak to the south-west (go straight ahead, looking from the stairs you've just climbed). Ignore the passage on the left side (but remember its location) and find the pressure plate in front of you - it's hidden in the bushes. Place the box (or any heavy object) on top of it, and the doors, located diagonally from your position, will be opened. Go there, while avoiding traps along the way. 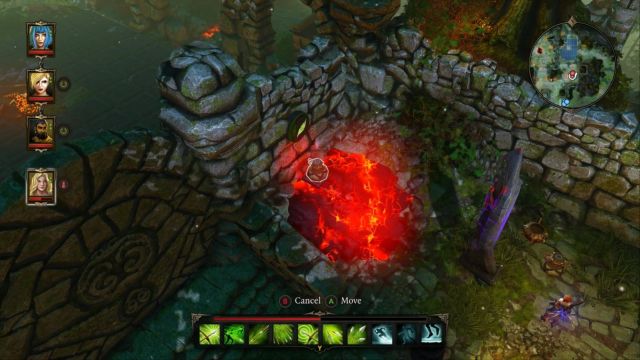 Teleport, or simply throw an item on the button to activate it.

In the small room you've just unlocked, there's another Sentinel and a few traps, so watch your steps. Additionally, there's the earth button located in the corner of the room (point SB 1 on the map) - unfortunately, you can't walk there, as the button is surrounded by lava. Instead, throw an item (a box, or something heavy) on top of it to activate the button - you can also use one of the two teleport scrolls (or a Teleport skill, if you have it at your disposal) lying nearby, but it's a better idea to keep them. 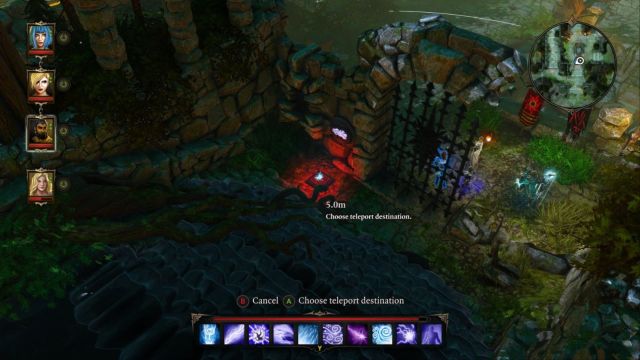 You can cheat the game a little, to get to the air button a lot quicker.

After you've activated the earth button, get back to the passageway on the left side, near the first pressure plate. Behind the closed doors you will be able to see the air button - getting there is quite troublesome, as you will have to run across almost half the map, so we will "cheat" a little to do it quicker. Use the teleport scrolls you've just picked up (or the Teleport skill itself) and drop someone from your party on the other side of the door (you can also teleport a box, but there's a high chance that it will be destroyed in the process). Press the button (point SB 2 on the map) (you don't have to hold it) and then teleport your character back to the rest of the party).

Note - teleport one of your main characters, as the companions won't be happy about you damaging them with the teleport skill, and in the worst case they might even leave your team. 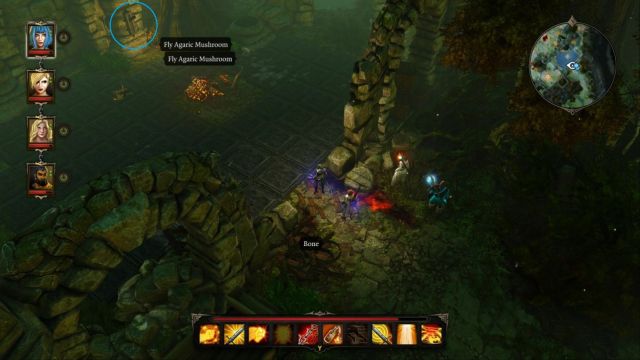 A lever deactivating the traps can be seen on the screenshot.

Teleport to the Dark Forest - Swamp waypoint. Head north, and on the crossroads turn right. You should soon arrive at the entrance to a room with stone slabs on the floor - don't even think about stepping on those, as the character will die instantly. You have to deactivate the trap, with the help of a lever, located directly in front of the entrance. You can do that by: 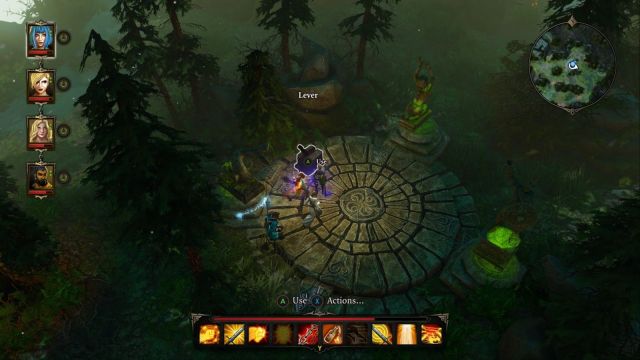 After you've placed the statues on the pedestals, all you have to do is to flip the lever and the portal will appear.

After flipping the lever, the trap will be deactivated and you will be able to walk around the room. Additionally, a gate located to the east will unlock - as you've probably guessed, you have to go through it. Head north, until you reach a stone circle, with three pedestals - a fish, a praying woman and a warrior. You have to place the appropriate statues on top of each of them. Statues can be found:

When you've placed the statues on the pedestals, flip the nearby lever and a portal will appear. Go through it and press the water button (point SB 3 on the map).

In the area where you've activated the water button, you will have to divide your group into two teams. Leave three characters near the water button, and head to the (SB 4.1) point on the map with the remaining one. 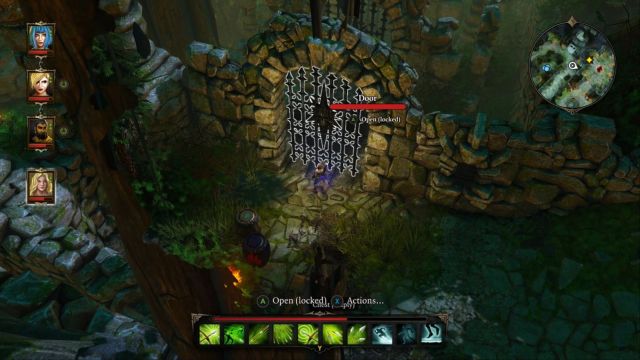 After arriving, you will have to constantly switch between your characters to activate different levers to get to the button.

After arriving, switch to the 3-man team and use the levers to open the first door near the separated character. Each time you flip the lever a different door (or set of doors) will open, which means that you will have to open the doors, move a little bit with the separated character and repeat the process until you reach your destination. This can be done via trial and error, and it shouldn't take long before you get to the fire button. When you reach it, activate the pressure plate (point SB 4 on the map).

Alternative approach: you can make the whole process a lot simpler with the help of the teleport spell. Go to the (SB 4.2 point on the map) with your whole team - you should arrive near a closed gate. Teleport one of your characters to the other side and activate the fire button.

You should now have all 4 buttons activated, so just head to the temple entrance, where a boss fight awaits you.