Your companion, Madora, told you her story, in which she was responsible for a village called Hunter's Edge, but she couldn't protect it when it was attacked by the orcs. Regardless of that, she promised herself that she will get her revenge and you can (and should) help her with that. 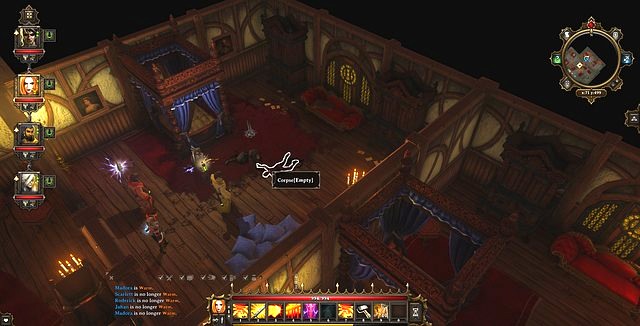 Norok did a real massacre on the 1st floor.

Get inside the Hunter's Edge and find a tavern. While inside, go to the upper floor, where an orc called Norok just massacred a lot of people. Madora, as a revenge, will want his head.

The fight is rather easy, as the orc can be knocked down, or frozen, and then attacked relentlessly. You should be careful, though, and prevent him from getting close to your mages, as he can easily and quickly kill them off. He is susceptible to fire and poison based attacks. After killing him, the quest ends.