This page of the guide to Disgaea RPG contains a description of the Dimension Gate. You will read here, among other things, about the main quests in the Main Story, Netherworld History, and Events. 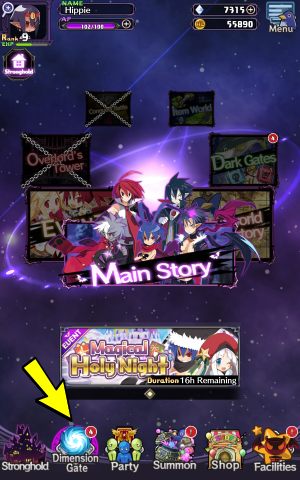 The Dimension Gate icon is at the bottom of the screen. When you click on it, you will see a window with 7 locations. Some of them are unlocked only after completing the main missions from the Main Story. Below you will find the most important information about each location. 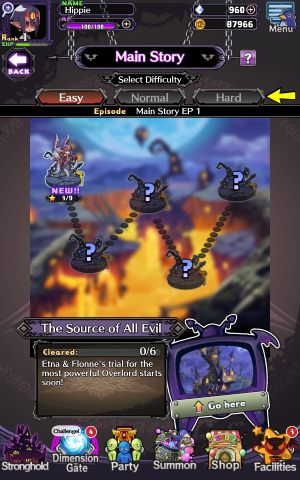 The main missions are divided into several chapters. Each chapter has several episodes. Completing the entire episode unlocks the next difficulty level. When playing the same episode on a higher difficulty, you will encounter more powerful enemies and have to complete more demanding objectives. 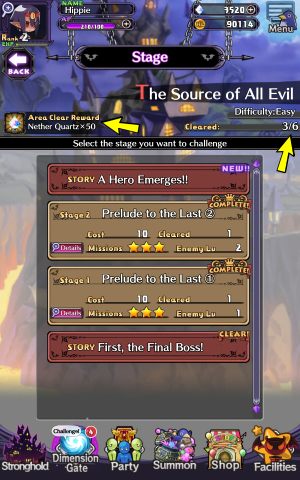 Each area in a given chapter has several to a dozen stages consisting of fights and short dialogue sequences. The number of stages you have to complete are on the right side of the screen. On the left side of the screen, you have information about the reward for completing all stages.

You can repeat battles, even if you have already completed their mission objectives. This is a good way to obtain new rewards and experience points. 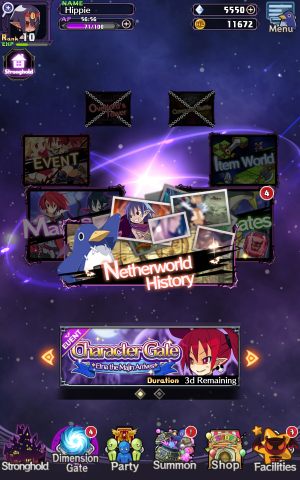 Netherworld History lets you learn about the events of the previous Disgaea games. Just like the main missions, Netherworld History also consists of stages divided into combat and dialogue sequences. You can replay each battle multiple times as long as you have enough action points. 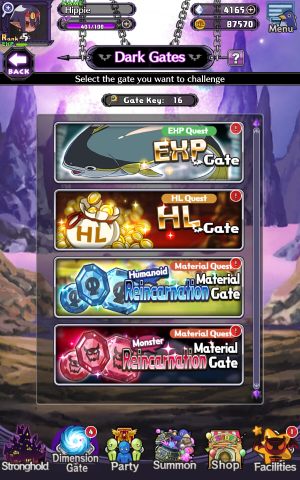 Dark Gates is the perfect place to gain a lot of experience, HL coins, and gems necessary for the reincarnation of your characters.

Skip Coupons let you skip battles. They can be purchased from the Rose Queen store. Coupons are also earned as rewards for completing missions and side quests.

For more information about Dark Gates, check out the appropriate page in this guide. 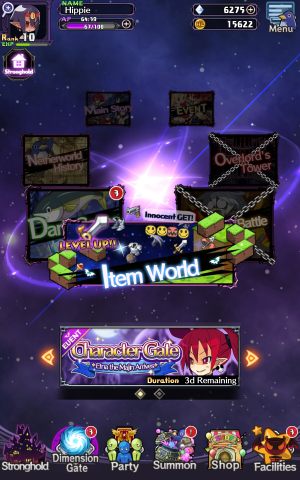 In the Item World, you level up your equipment and acquire Innocents. This object will be unlocked after completing the Let's Take out the Trash! stage in the 2nd episode of the main mission in the Main Story.

Read more about Item World on corresponding page of this guide.

This area will be unlocked after you complete the main missions from the main story - Chapter 1, Episode 5. Battles from this location will reward you with mana-renewing potions.

This area will be unlocked after you complete the main missions from the main story - Chapter 1, Episode 7.

While moving through the 30-level tower, you fight against powerful opponents. You get great prizes for completing a level.

You do not choose a companion before the battles in the tower - you fight only with your party. 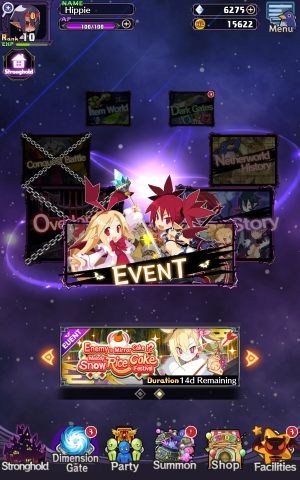 Participation in events provides special points that you can exchange for rare prizes. 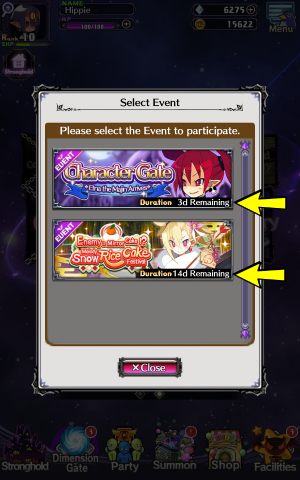 Events are only available for a limited time. So, it's worth starting to go through the events as soon as they are added. 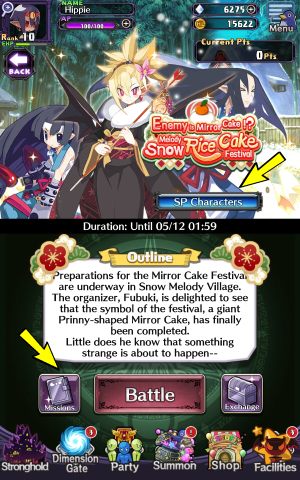 Click on the SP characters icon to find out which team members will give you bonuses for points earned during the battle.

In the missions tab, you will find daily and side quests, for which you will collect additional rewards. Pressing the battle icon will open a window with stages divided into battles and dialog sequences. 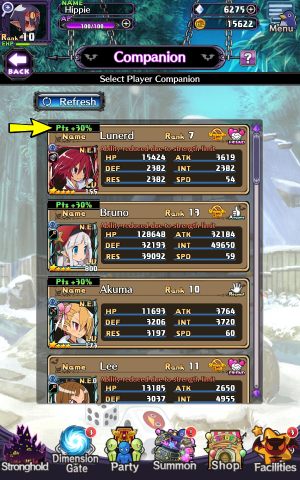 When choosing a companion to fight, do not forget to choose a character that adds a 30% bonus to the earned points. 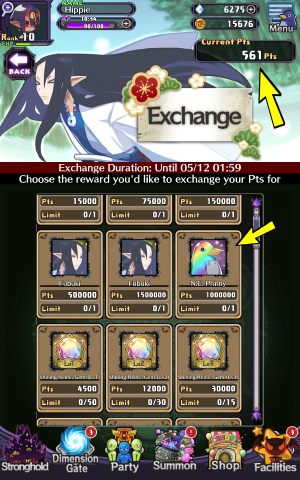 You can exchange points in the Exchange tab. You will find a lot of rare items there, such as N.E. Prinny.

Battles in events can be repeated many times, and even skipped with coupons. So, collect as many points and try to get all the prizes. Good luck!