The following page of the Disgaea RPG guide contains the most important information about the Stronghold. You will find an explanation of the interface and icons such as Missions, Friends, and Gifts. 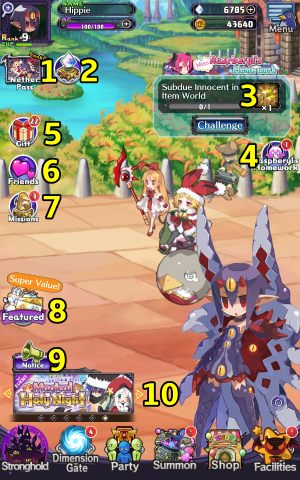 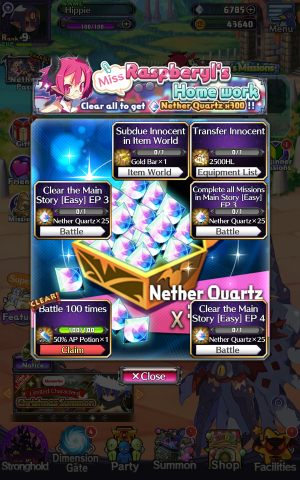 Side quests are simple missions that you will perform during your playthrough.

After completing a quest, click on Claim to collect the reward. Complete all the quests to receive the main prize and unlock the next set of side quests. 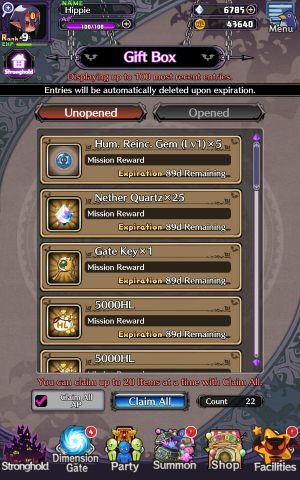 The Gift Box has all the rewards received during battles or for completing main and side missions as well as tasks.

Click on Claim All to collect 20 rewards in one go. Unclaimed rewards will be removed after 90 days. 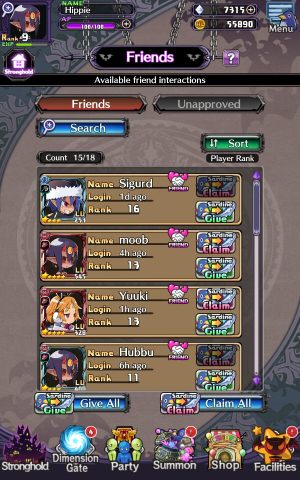 After the battle is over, you can send a friend invitation to the player who accompanied you. When the invitation is accepted, that person will be added to your friends' list.

You can send 1 sardine per day to each player on your list. Thanks to the sardine, your friend will get 1 action point. Click on Give All to send sardines to all your friends. When you click on Claim All, you will receive the sardines sent to you.

Daily and side missions 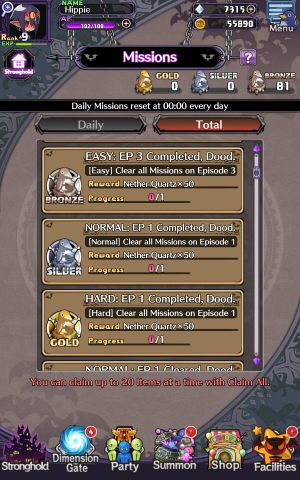 In daily missions, you may be required to do simple tasks such as:

Try to complete all daily missions - they can reward you with a large number of HL coins, Nether Quartz and items.

Total missions require you to spend more time in the game. Here you will find missions such as: