This Diablo III game guide contains mostly a detailed description of all of the game's quests. The missions have been divided into acts and they are listed in the guide in the same order they're received. The walkthrough is filled with a lot of pictures and descriptions of possible character and monster encounters. An additional chapter of the guide explains all classes and also features examples of good character builds. All of these have been supplemented with descriptions of the secret levels, such as the Whimsyshire or the Infernal Machine. Diablo 3 is a Hack 'n' slash type of game that was released by the Blizzard studios in 2012. The game itself is the third installment of the series, which tells the story of a war between angels and demons. In the middle of the story, there appears your character, who has been lured into the vicinities of the new Tristram, by a shooting star. During the game, you can take control over a character of one of five classes: Barbarian, Wizard, Demon Hunter, Monk and Witch doctor. The creators have included the system of master levels into the game so, in theory, you can keep developing your character endlessly. The game itself has been divided into four acts, which differ in terms of the monsters that you meet, the story background and the boss. The game ending is, as a matter a fact, only the beginning, because the important element are the difficulty levels, to which you get promoted, as soon as your character is strong enough. 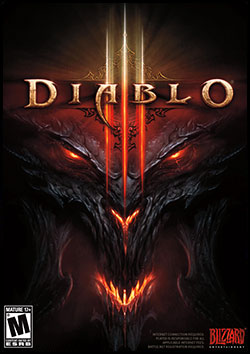 Two decades have passed since the demonic denizens, Diablo, Mephisto, and Baal, wandered the world of Sanctuary in a vicious rampage to shackle humanity into unholy slavery. Yet for those who battled the Prime Evils directly, the memory fades slowly and the wounds of the soul still burn.

When Deckard Cain returns to the ruins of Tristram's Cathedral seeking clues to new stirrings of evil, a comet from the heavens strikes the very ground where Diablo once entered the world. The comet carries a dark omen in its fiery being and it calls the heroes of Sanctuary to defend the mortal world against the rising powers of the Burning Hells  and even the failing luminaries of the High Heavens itself.

Battle the unholy forces of the Burning Hells with all-new character classes like the otherworldly Witch Doctor, or with re-imagined warriors from Diablos past: such as the fierce Barbarian.

Rain Hell on your enemies wielding the interactive environment as a weapon: lay cunning traps, turn destructible objects against your foes, and use environmental obstacles to your advantage - all powered by the Havoc physics system.

Experience the intensity of multiplayer Diablo III over an all-new, wickedly-enhanced Battle.net platform with numerous enhancements to make connecting with your friends easier  and cooperative gameplay more fun.

Why should we spend a dozen hours carefully developing characters and exploring the nuances of an RPGs combat system, if a basement rat poses the exact same challenge at the beginning of the game and at the end?

Diablo III still has a lot of fans, and a lot of players, which is not that common nowadays. Unfortunately, the developers dont know how to go about pushing the game in any interesting direction. The 2.5.0 update wont change much