On this page of the guide to Destruction AllStars you will find tips on how to perform Vehicle Takeovers. You will learn about the limitations of the car stealing mechanics, as well as how you can use vacant cars.

You can use our tips when you play against bots and human players. Expect more "resistance" from the attacked AllStar if a human player controls them.

Stealing a car controlled by another AllStar 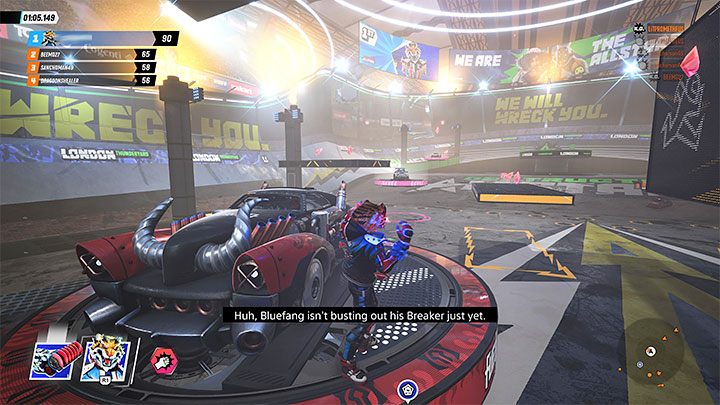 Destruction AllStars allows you to takeover cars controlled by other players, but this does not apply to Hero Vehicles of other AllStars. The game will not allow you to sit behind the wheel of such a machine even if you get to a vacant one (see example in the attached picture). 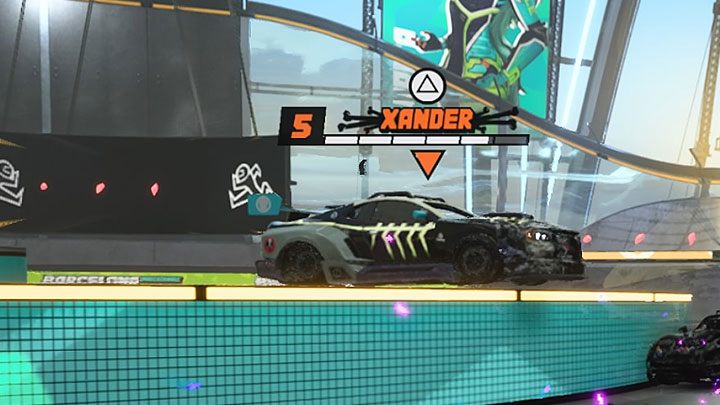 Takeover is possible if: 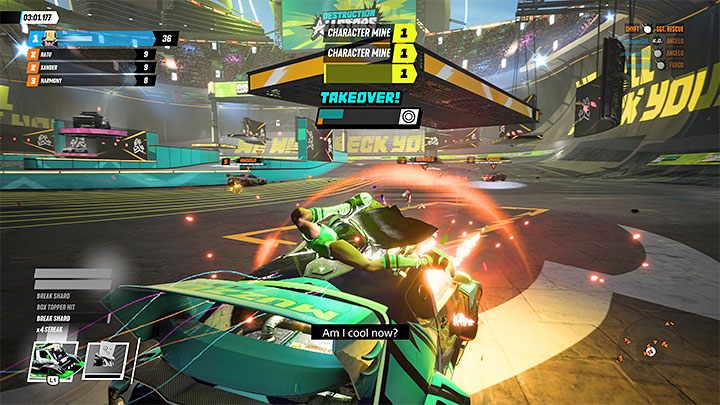 Your task in the mini-game is to quickly press the buttons according to the instructions on the screen. The game randomizes which button you need to press next, but it is always only a square or circle.

Making a mistake and pressing the wrong button won't fail the mini-game immediately, although it will be more difficult for you to complete it successfully.

Your progress is marked by the blue bar, while the attacking player defense attempts are represented by the orange bar. If you fail the mini-game, you will be shaken off the vehicle. If you get it right, you'll have a choice:

Taking over an unused car 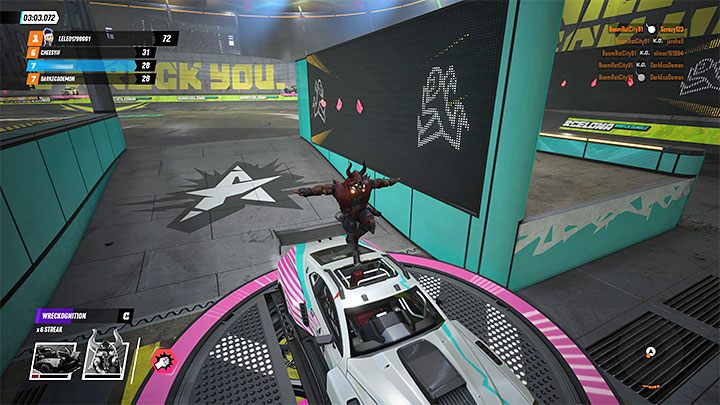 Standard vacant vehicles appear on the arena regularly. Taking them over does not prompt the mini-game, but you must first reach such a vehicle and other players might get there first. What's more, note that some cars are located on platforms which are suspended significantly higher. You can either climb or help yourself by activating the Hero Breaker to use the double jump.

You can also takeover ordinary vehicles abandoned by other players. This method has two drawbacks - an abandoned car will self-destruct after a few seconds (you have to hurry) and it is usually in poor technical condition. Therefore, it is best to treat this as a last resort and look for "fresh" vehicles first.