This page of the guide to Destruction AllStars contains the description of the Star named Angelo Avello. He is one of the 16 playable Stars. You will learn what Angelo Avello's Breaker and unique vehicle are. We've also included tips on how useful Angelo is in different combat types. 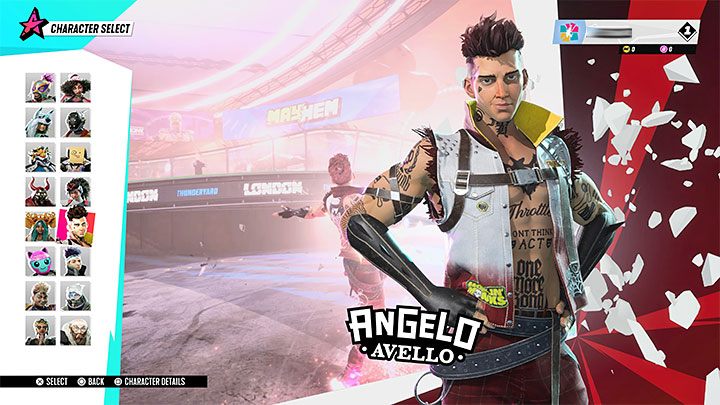 Angelo Avello is suitable for players who want to decrease visibility and temporarily hinder the other players' gameplay, as well as to attack individual enemy vehicles more effectively.

The Breaker makes Angelo Avello use a flash to blind/stun opponents. This way, you can make it difficult for other players not only to attack you, but also to simply move around. It's important to note that the strength of the flash increases as Avello performs successful attacks. 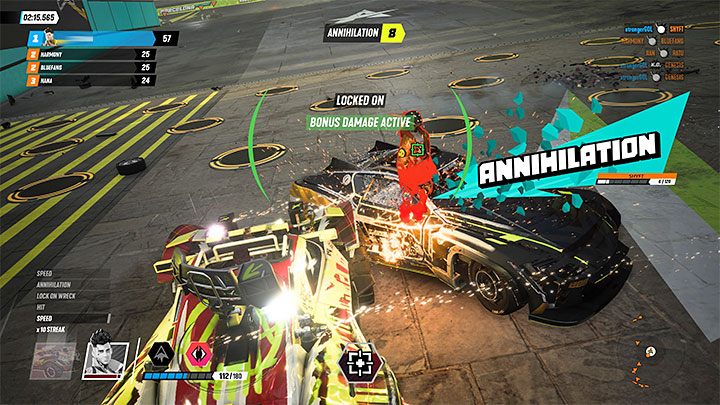 Angelo Avello's Hero Vehicle is Number One. It has 180 energy points, which means its durability is about average. Avoid slowing down and turning your car around when other players are nearby to reduce your chances of becoming an easy target.

Using the Breaker while driving Number One will start a tracking process and make you lock onto a single enemy vehicle controlled by another player. From now on, you can track the target marked in red more easily, get closer to them faster, and deal extra damage to them when you collide. In order to increase your effectiveness in that, try to focus on the target and return to attacking other players only after you destroy the target or when the Breaker stops.