This page of the guide to Destruction AllStars features the description of the Star called Ratu. She is one of the 16 playable characters of the game. You will learn what Ratu's Breaker and unique vehicle are. We have also included tips on Ratu's usefulness in different combat types. 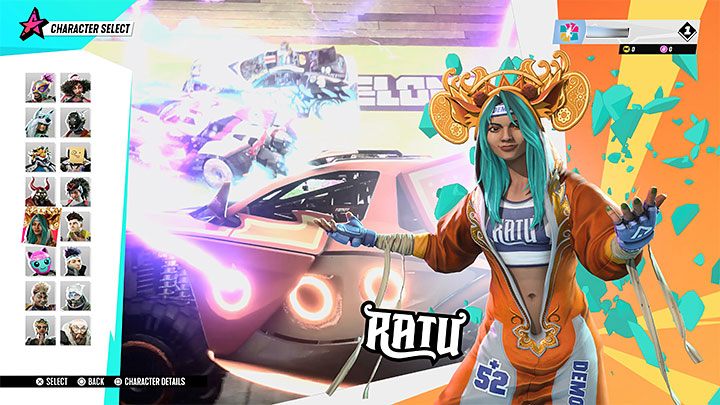 Ratu is recommended for players who want to trigger singular strong area attacks that can simultaneously eliminate or weaken several other players. Activating Ratu's strongest attack correctly may require some training - it is worth practicing with bots first.

The Breaker makes Ratu deliver a concussion blast, the effect of which is to knock over characters and objects that are in her way. It should be noted here that the attacked targets are not eliminated. They are only knocked over, which is a different effect. 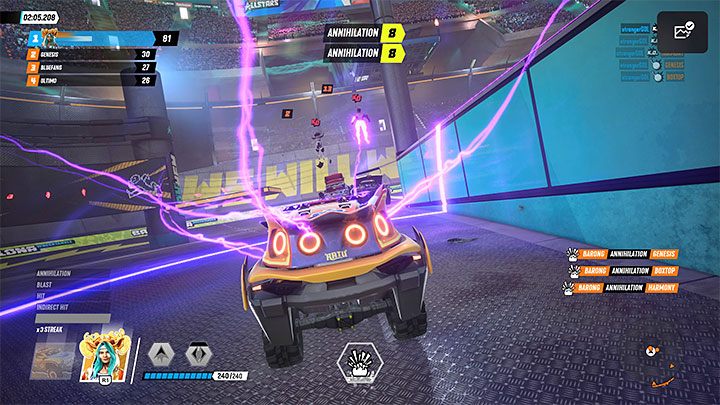 Ratu's Hero Vehicle is Barong. It has 240 energy points, so its durability is above average.

The Hero Vehicle's Breaker is charged by colliding with other vehicles. As it can take quite a long time, try to plan your attacks in a way which will not destroy Barong prematurely, that is, before using the Breaker.

Using the Breaker while driving Barong starts a 5-second countdown and you should use it to quickly get close to as many opponents as possible (both to those on foot and in vehicles). Once the countdown is up, a powerful blast occurs, which is able to eliminate/destroy even a few nearby opponents. This is an excellent method for a one-time gain of a large number of points in a given match. Of course, if the Hero Vehicle is still in good technical condition, you can start charging the Breaker again (attack other vehicles to do so) to cause the strong blast again.