This page of the guide to Destruction AllStars contains the description of the Star named Fuego. He is one of the 16 playable Stars. You will learn what Breaker and unique vehicle are available for Fuego. We have also included tips on how useful Fuego is different types of combat. 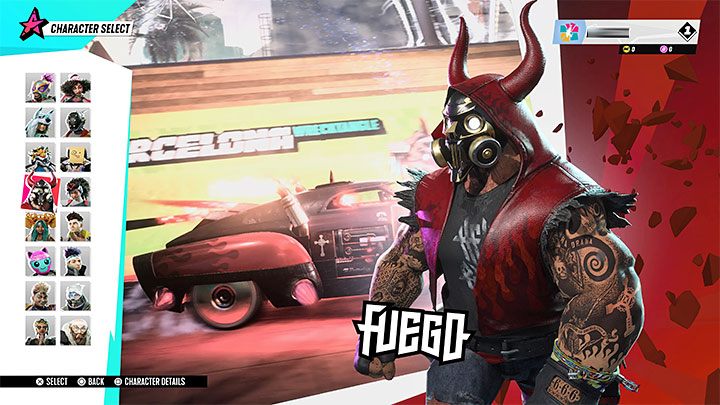 Fuego is a recommended character for players who want to deal fire damage to their opponents. Enemies who are set on fire will gradually lose energy points. You can achieve a similar effect by choosing another Star - Lupita.

The Breaker makes Fuego's melee attacks leave a flaming spot on the ground. This specifically concerns the attacks triggered by pressing the square, which in-game are called Barges. You can rely on this technique to increase the chances of setting your opponents on fire. 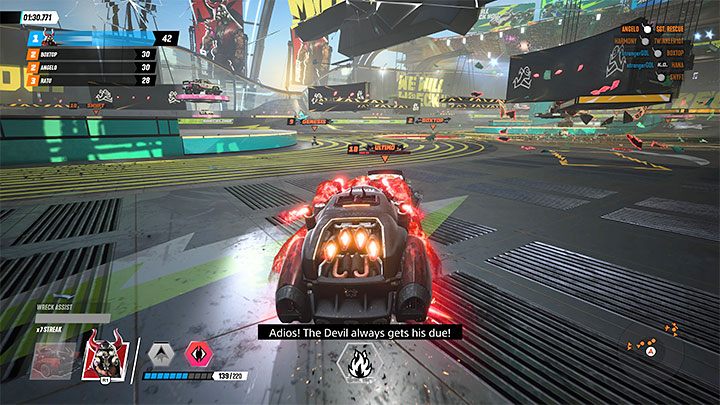 Fuego's Hero Vehicle is Cerberus. It has 220 durability points, making it an above-average vehicle.

Using the Breaker while driving Cerberus allows for the activation of flame throwers. You can then collide with other machines and set them on fire as a result. In consequence, the enemy vehicles will gradually lose their durability points, and the attacked player will have a fire effect on their screen. It's best to activate the Breaker just before approaching a group of other players' vehicles.