This chapter of the Deep Rock Galactic guide contains information about mutators, their types and their effect on the gameplay.

Missions in Deep Rock Galactic may have additional mutators, which are divided into anomalies and warnings. Anomalies have positive effects, such as doubling the number of experience points, or more minerals in the biome. The warnings are much more dangerous, increasing the mission's difficulty level by adding additional flying opponents or disabling dwarven shields. 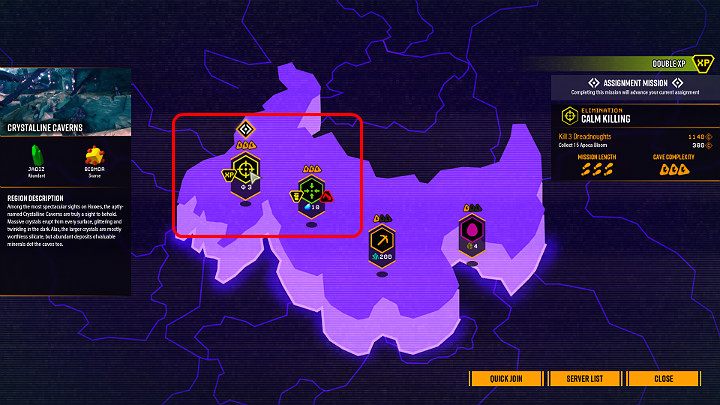 Anomalies and warnings can be recognized by additional icons appearing next to mission names at the mission selection screen. Anomalies are marked in yellow, while warnings are marked in red. As you can see in the image above, one mission can have both one anomaly and one warning.

Anomalies are most desired by players during missions, especially those that increase the number of experience points and offer richer mineral deposits in the biome. The following table lists all anomalies found in Deep Rock Galactic.

Warnings are far more dangerous than anomalies, but they reward the player with additional experience points ranging from 15% to even 30%. The following table provides a list of all of the warnings featured in Deep Rock Galactic.