This page in our guide contains information on where you can buy the best weapons in Days Gone. Besides that, we have also listed useful weapons received by, e.g. completing missions.

The merchant in the Iron Mike's Camp 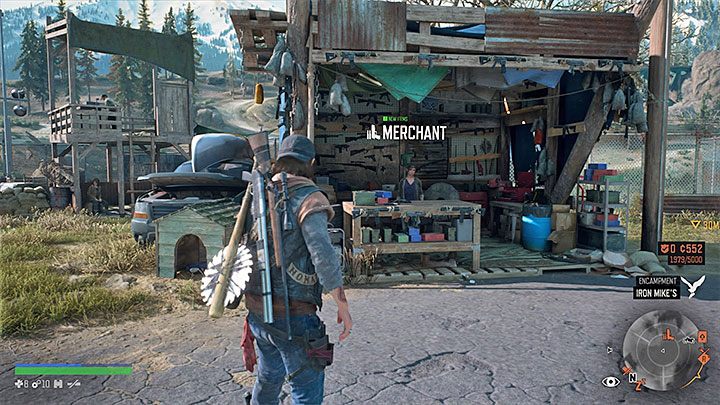 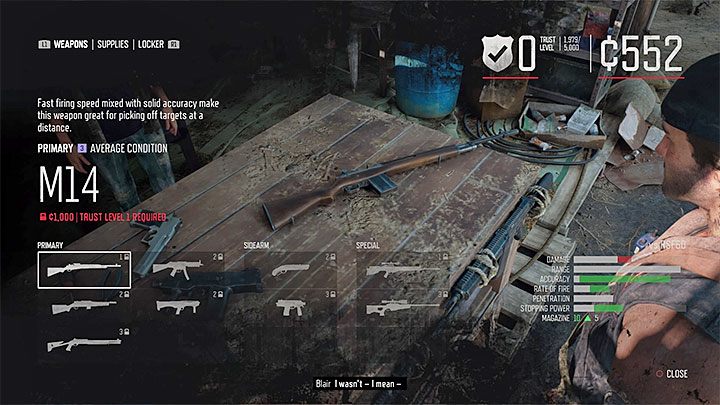 Before you move south, the best weapons can be purchased from the merchant at Iron Mike's Camp in Lost Lake.

Sadly, all of the weapons sold by this merchant require you to gain more Trust level. However, Trust for this camp can be leveled up faster than in other camps. You can gain Trust points by completing missions in two regions - Lost Lake and Iron Butte. It is highly probable that this will be the first camp in which you gain Trust level 3. 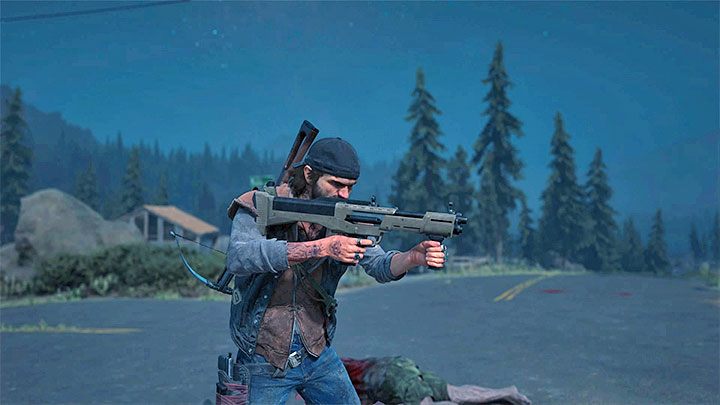 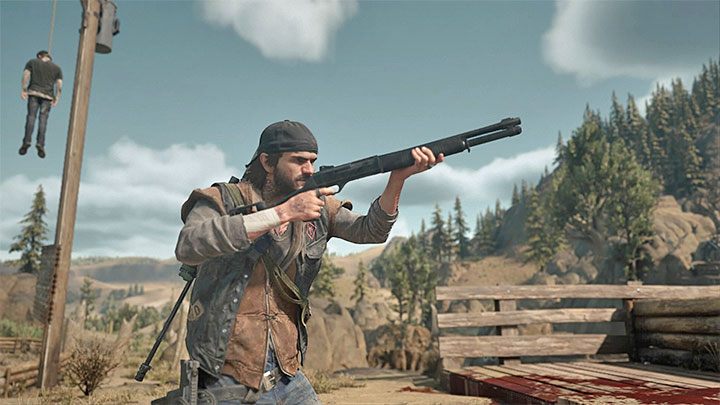 Crowdbreaker (picture 1; requires Trust level 2) and Liberator (picture 2; requires Trust level 3) are good primary weapons. Crowdbreaker is a level four shotgun with a lot of ammo - this is useful in situations where, e.g. you have to deal with large Freakers hordes. Liberator is a level five weapon that shoots in semi-automatic mode and can deal devastating damage at a close distance. 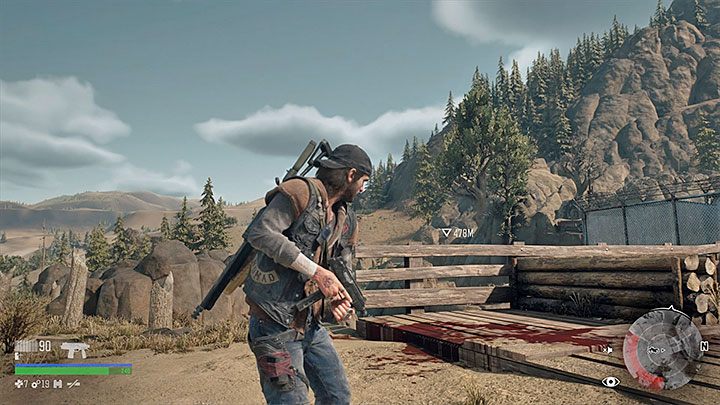 SMP9 is our recommended choice for a sidearm weapon. It is great for eliminating single targets (the weapon can be modified with a suppressor) or for shooting at groups of enemies. The latter will make you appreciate the increased ammo capacity when compared to other pistols. SMP9 is a level three weapon - you can purchase it after reaching Trust level 3 in Lost Lake.

You can get SMP9 in an alternate way. You can receive it by eliminating Freakers Hordes. Get rid of a few of them and you will receive this weapon (make 10% progress in Hord Killer quest). 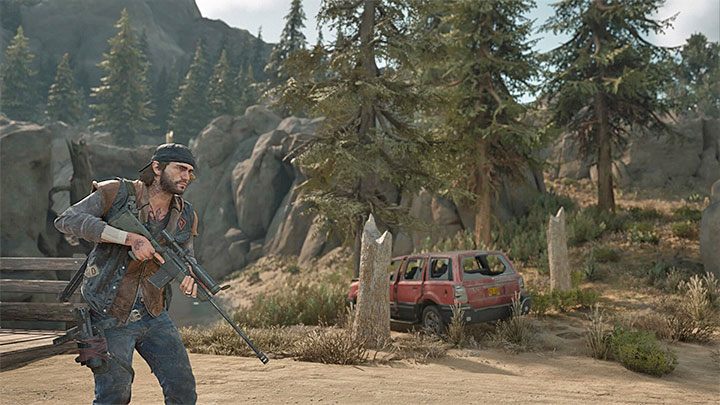 The merchant in Iron Mike's Camp also sells, e.g. two sniper rifles (Talon 7 is the better choice). You can get this sniper rifle after reaching Trust level 3. Talon 7 deals massive damage and has great range.

The merchant in Wizard Island encampment 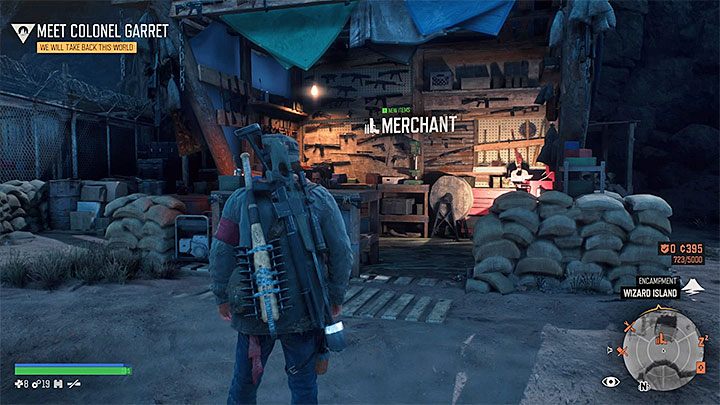 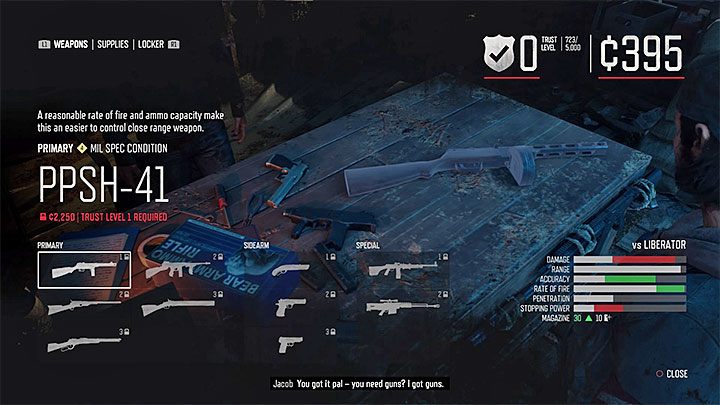 Wizard Island encampment in Crater Lake, located in the southern part of the map, has a merchant who sells high-quality weapons. Deacon must gain enough Trust points to be able to purchase them. However, many of these weapons can be bought after you reach Trust level 2.

If you want to level up your Trust faster, bring all Freakers ears and other items to Wizard Island encampment instead of Diamond Lake. 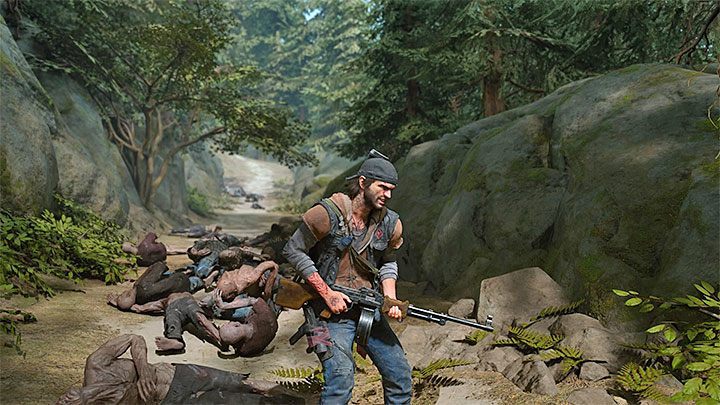 Badlands Big Game is the best weapon offered by the merchant in Wizard Island encampment. This rifle has fantastic firepower and can hit targets from a long distance. However, this weapon has two disadvantages - it has a low fire rate and it needs time to reload. Badlands Big Game works best against single powerful enemies. If you want faster fire rate, check out, e.g. The Cowboy.

This merchant sells two great special weapons. RPD light machine gun is perfect for eliminating hordes of Freakers. Thanks to the ability to fire for a longer period of time and the massive damage, you will be able to kill multiple Freakers. Purchase the upgrade for RPD that increases this weapon's magazine. 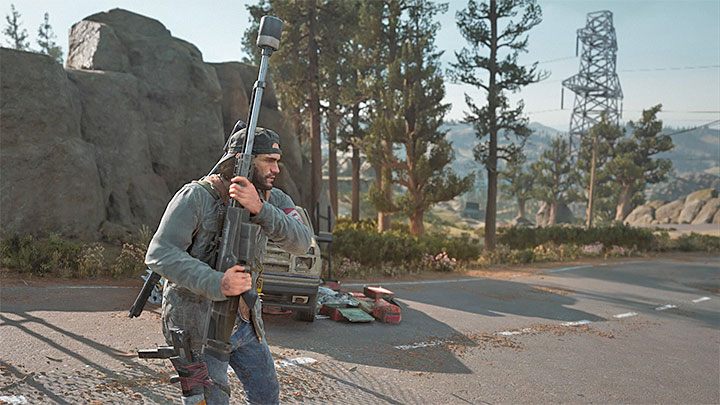 Another great special weapon sold by this merchant is .50 BFG sniper rifle (see the picture above). This weapon deals massive damage, has great ammo capacity, good fire rate, and fantastic range. It is perfect for, e.g. securing enemy camps (has the option to install a suppressor). 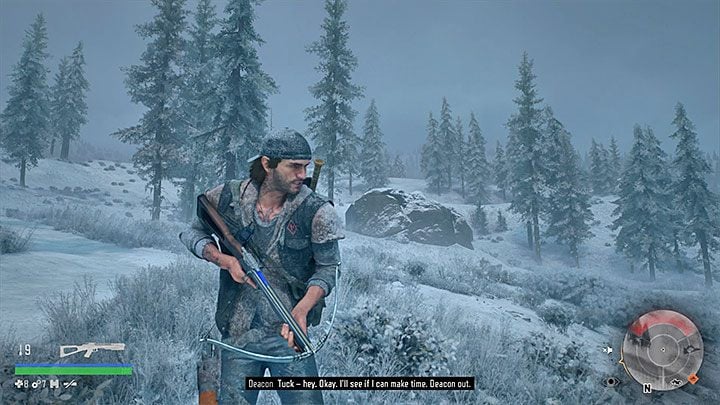 Drifter Crossbow is one of the most useful weapons in Days Gone. This is one of the best crossbows in the game - it deals more damage than the other weapons from this category. It can kill many enemies with a single bolt. This can happen even when you shoot them in the torso instead of the head. You get it automatically after completing We've All Done Things mission available in Lost Lake region. 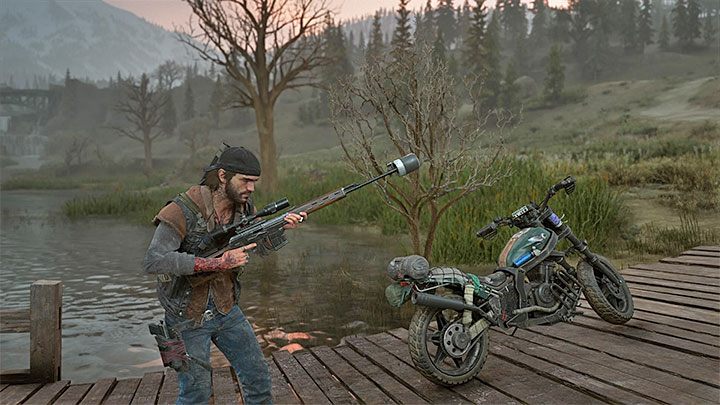 SSR is one of the best sniper rifles in the game. It belongs to Skizzo. You can use it for the first time during one of the main missions - You Won't Be Needing This.

You lose it after completing the aforementioned mission (you need to pick another weapon from a weapon locker). However, you won't lose it for good - SSR is one of the rewards for completing the main storyline. 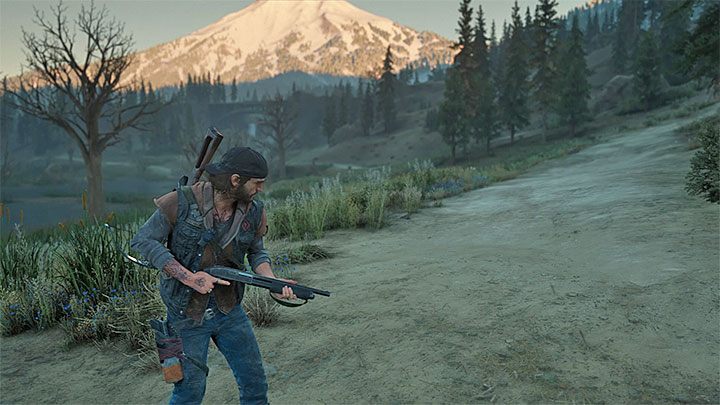 Boozer's Shotgun is a good weapon when you are still early into the game - before you reach higher Trust level in Lost Lake encampment. You get the weapon automatically by making progress in the main storyline - after you complete I Could Use a Hand, the last mission of He's My Brother plotline.