1 - Hot Springs Camp  It's the only camp in Belknap. It offers new weapons, but not bike upgrades.

1a  Passageways between regions. They connect Cascade with Belknap. You must advance in the game to unlock them. Push a car from Belknap side in the tunnel, to unlock passage for bike.

1  Passageways between regions. They connect Cascade with Belknap. You must advance in the game to unlock them.

2  Passageways between regions. They connect Iron Brutte with Belknap. You must advance in the game to unlock them. You'll firstly go to Lost Lake through Cascade.

Most important locations on the map

4  Ambush Camp. Enemy camps can be conquered to reveal some secrets on the map and unlock new crafting recipes, by finding map in the bunker hidden in the camp.

5a  NERO Checkpoint. Look for the fuses in small white trailer in the corner.

6  NERO Research Site. In the caves - look out for the Horde.

On this map to Days Gone you will see the area of Belknap - the second region of the game. This map contains all hidden side activities: NERO Checkpoints and Research Sites, Infestations, Ambush Camps and Horde locations. 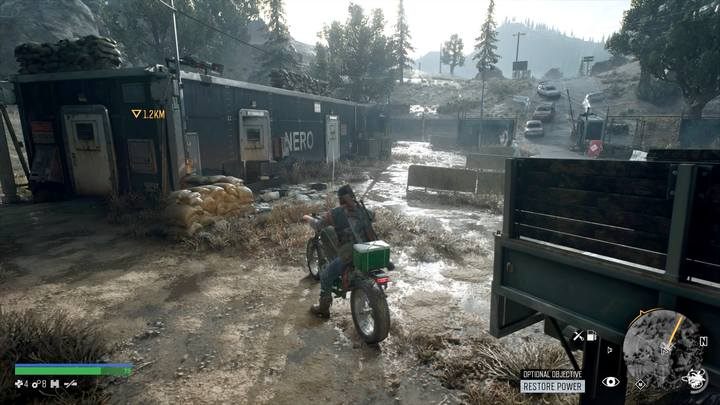 The Nero checkpoint on the border with the Cascade (point on the map: 5A) is a bit more complicated than the previous points, because after finding the fuel (one of the cans you will find in the tent) and refueling the generator, the device won't start. There is no fuse. 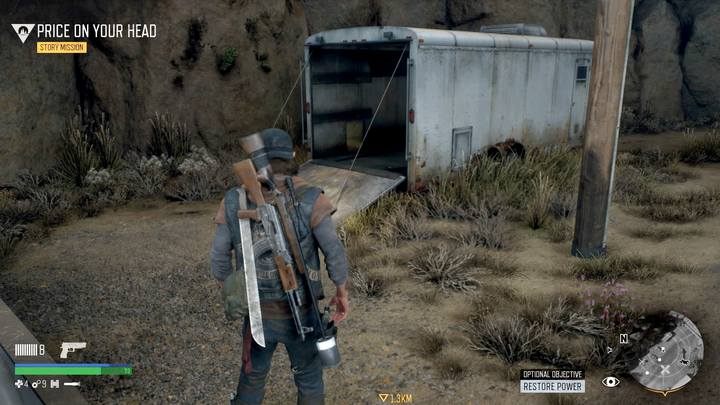 Using survival vision, you can track the trails that will eventually lead you to a white trailer by the rocks, in the corner. Inside, take the fuses out of the box. Place them in the box on the wall of the checkpoint and run the generator. 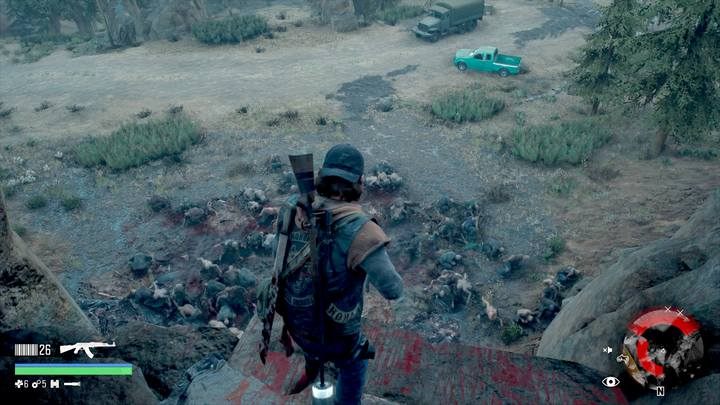 Horde No. 2 goes to feed during the day and can reside near the lake or the stone wall. By standing behind it (at the point where you visit Sarah's monument) , you can effectively attack it from above. However, you may not have enough ammunition, so explosives and traps are welcome. Zombies can come up to you, but they will come one by one. 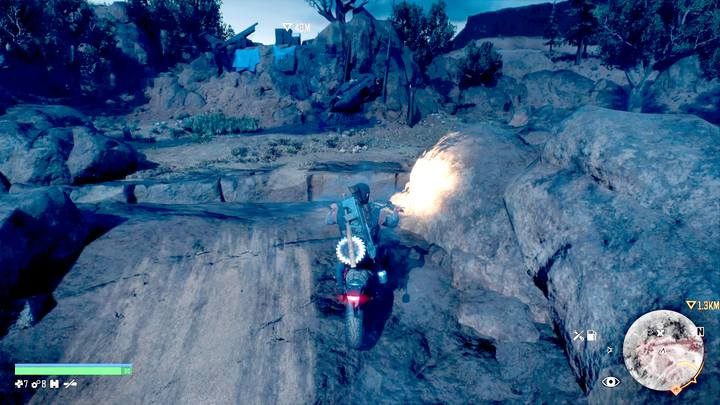 Jump next to the helicopter, using a motorcycle.

To the west of Hot Springs (point 7) there is a broken helicopter, and a NERO Research Site, along with Injector, as well as a recording (secret). You will get there by using a motorcycle and jumping on the cliff ramp. You should use nitro in your bike to jump to the spot.