Carlos (Jessie actually) is one of the bosses in Days Gone. Dealing with this opponent is not that difficult, however, this battle is governed by special rules. This section of the guide includes a description of the entire boss fight. 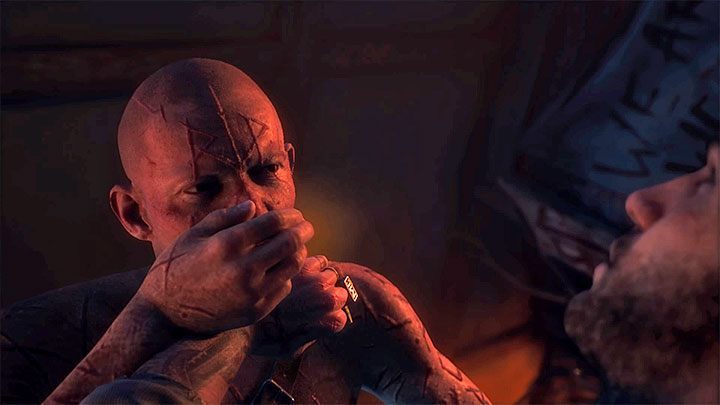 You confront Carlos when completing the main story mission, right after Deacon and Boozer decide to blow up the dam and attack Rippers camp at Iron Butte.

When completing the Time for Some Payback mission, the two characters enter one of the buildings and Deacon will start exploring its upper floor. The protagonist will soon meet Carlos. During this boss fight, you cannot use upgraded weapons that you own. You have to win equipped only with a boot knife. 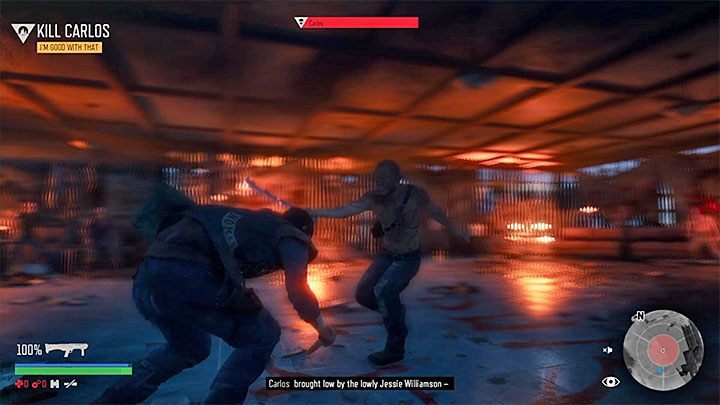 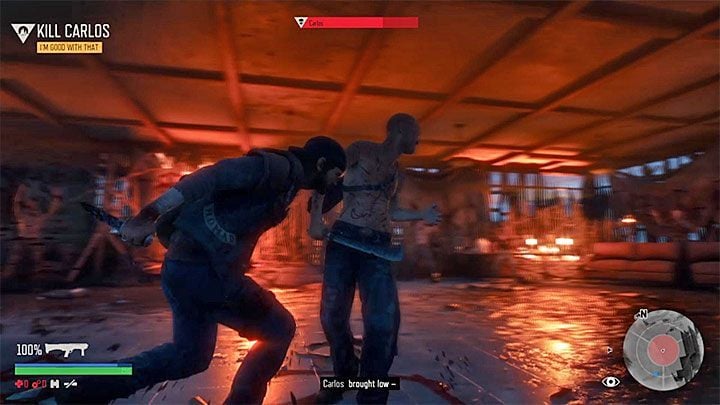 Attack Carlos right after a successful dodge. Attack him with the knife for as long as possible.

Repeat this combination - jump away when Carlos attacks and attack him right after that. In this way, you will defeat him even within a dozen or so seconds.